By Timmy Shen and Liu Caiping 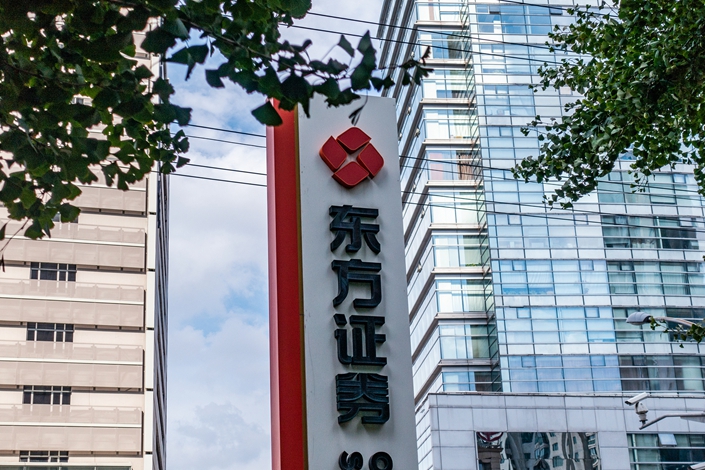 An Orient Securities branch in Shanghai on Aug. 11. Photo: VCG

American financial giant Citigroup Inc. is edging closer to an exit for its investment in a Chinese securities joint venture, an important step in its plan to set up a brokerage it controls, as China further opens its financial sector to foreign companies.

Citigroup’s move comes after the China Securities Regulatory Commission (CSRC) raised the ceiling on foreign ownership of domestic securities firms to 51% from the previous 49% in April 2018, and Premier Li Keqiang’s July announcement that the cap would be abolished a year ahead of schedule in 2020.

Orient Securities will wholly own the venture when the deal is completed. According to a transfer agreement signed in May, Orient Securities is set to acquire Citigroup Asia’s stake for 475.6 million yuan ($67.4 million).

Citigroup Asia had considered raising its stake to 51% but negotiations were unsuccessful, sources close to the latest deal told Caixin. That led it to weigh other options, including setting up a foreign-controlled brokerage on the Chinese mainland.

An analyst from a Beijing brokerage told Caixin that Chinese financial joint venture shareholders will not easily give up control if there’s no special interest arrangement in place, and regulatory approval also takes time. “Foreign institutions must first think of how to get 51% equity (in a venture), and then consider obtaining more equity from smaller shareholders to eventually hold 100% of equity,” said the analyst. “However, each step they take will face various problems and obstacles from regulators, other shareholders, and their parent companies.”