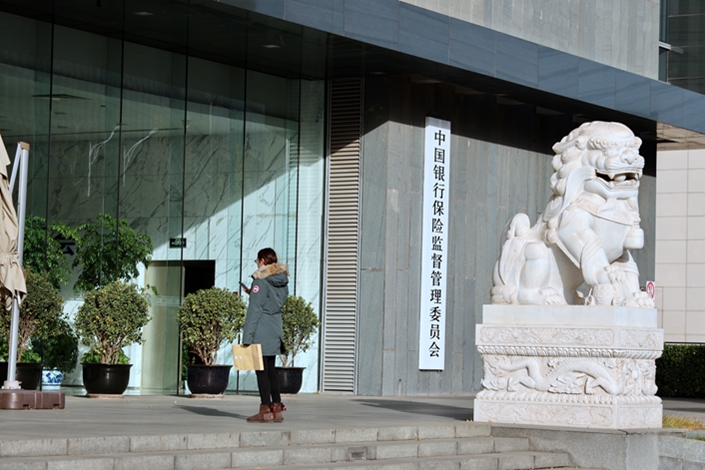 The China Banking and Insurance Regulatory Commission said it will roll out a more sophisticated classification system for nonperforming loans to step up oversight of lenders’ asset quality.

The China Banking and Insurance Regulatory Commission (CBIRC) has laid out its 2020 agenda, vowing to tighten supervision of nonperforming loans, curb financial risks and boost lending to small businesses.

The banking and insurance regulator said it will roll out a more sophisticated loan classification system based on the current five categories as a measure to step up oversight of lenders’ asset quality, according to a statement (link in Chinese) posted on its website on Saturday.

The regulator currently requires banks to classify loans (link in Chinese) as “pass, special mention, substandard, doubtful and loss” based on their judgement of borrowers’ ability to repay and other factors that affect the collectability of loans. The latter three categories are defined as “nonperforming.”

The CBIRC also recapped its 2019 accomplishments, noting that around 2 trillion yuan ($289.8 billion) of nonperforming loans were disposed of last year. All bank loans overdue more than 90 days were brought under nonperforming loan management, it said. Caixin has learned that some banks have also implemented stricter standards, such as by including more-than-60-day overdue loans in their calculation of nonperforming loans.

The regulator also called for banks to boost lending to small enterprises and cut their borrowing costs in 2020. The CBIRC aims to cut overall borrowing costs for small businesses with total credit lines below 10 million yuan by 0.5 percentage points, and have five of the country’s largest state-owned banks to increase outstanding loans to these small businesses by at least 20%, both in line with instructions that China’s cabinet issued last month. The goals are less aggressive than in 2019, when policymakers ordered banks to cut borrowing costs for these small businesses by 1 percentage point and asked the five lenders to increase such lending by at least 30%.

Both goals were achieved in 2019, with overall borrowing costs for small businesses reduced by over 1 percentage point, and the five banks’ relevant lending rising more than 55%, according to the CBIRC statement.

Some analysts have warned of hidden risks, however. Analyst Ji Shaofeng said in a Caixin article (link in Chinese) last year that lowering small businesses’ borrowing costs via such administrative orders can add to financial risks as lenders may loosen risk management in order to meet loan issuance targets.

The CBIRC said it will develop new regulations on liability quality as soon as possible, in order to have banks and insurers better match their liabilities to assets, especially for small and midsize ones. It will also make a list of banks and insurers it considers “systematically important” and deserving of special oversight.

Some small and midsize banks could see heightened funding pressure this year as one of their main sources of funding — negotiable certificates of deposit (NCD) — look set to shrink as the collapse of regional lender Baoshang Bank Co. Ltd. last year continues to weigh on the industry.

The CBIRC also said it will continue dismantling shadow banking, crack down on illegal activity by financial conglomerates and prevent illegal flows of loans into the real estate sector.