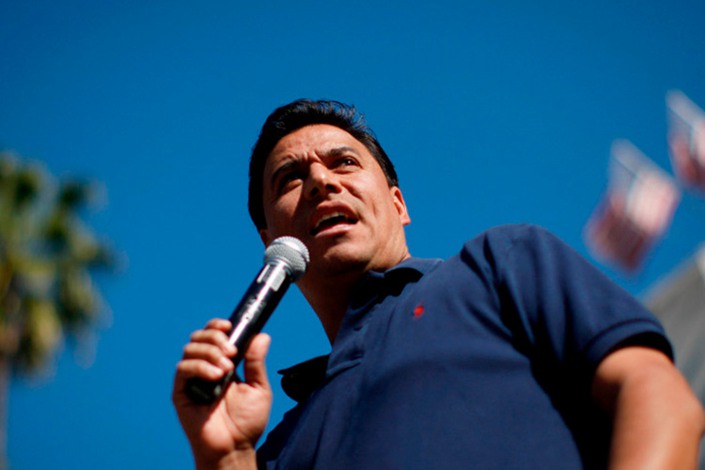 Suspended LA Councilman Jose Huizar was charged with accepting at least $1.5 million in illicit financial benefits in what local media called the worst City Hall corruption scandal in almost a century. Huizar was indicted July 30 by a federal grand jury on 34 felony counts alleging he accepted bribes from a host of developers in exchange for favorable business treatment.

The company set up by the central bank in part to deal with the risks generated by the industry-shaking scandal at Baoshang Bank Co. Ltd. is set to get its first batch of executives as it begins to gain a measure of independence from the People’s Bank of China (PBOC).

Two central bank officials will leave their posts to assume the positions of chairwoman and general manager of Deposit Insurance Fund Management Co. Ltd. (DIFM), sources with knowledge of the matter told Caixin.

Wang Yuling, 54, will serve as chair of the company. She’s been with the PBOC since 1989, and was most recently appointed head of the Wuhan PBOC branch in December 2017. Huang Xiaolong, deputy head of the PBOC’s financial stability bureau and DIFM’s legal representative, will act as general manager.

The approval is just the latest step that China has taken to open up its financial sector to foreign firms by offering them a chance to get their hands on the country’s multitrillion-dollar wealth management industry. As of the end of May, China had 90.1 trillion yuan ($13 trillion) of outstanding wealth management products.

The China Banking and Insurance Regulatory Commission (CBIRC) on Saturday announced the approval (link in Chinese) of the Shanghai-based company, which is owned by BlackRock, Singapore’s Temasek Holdings Pte. Ltd., and China Construction Bank Corp. BlackRock and Temasek will jointly hold 60% of the shares, but the exact ratio has not been disclosed, Caixin reported in January.

China is approaching its limit on bad small business loans

The outstanding value of nonperforming “inclusive” loans to small and micro businesses — defined as those to businesses with credit lines of less than 10 million yuan ($1.4 million) — reached 400 billion yuan at the end of June, up 9.25% from the start of the year, according to a Saturday statement (link in Chinese) from the China Banking and Insurance Regulatory Commission (CBIRC).

The inclusive nonperforming loan (NPL) ratio had risen to 2.99% at the end of the first half and is now approaching the “tolerance limit,” the statement said. The NPL ratio for China’s banking sector overall reached 2.1% over the same period, up 0.08 of a percentage point from the beginning of 2020.

Charts of the Day: China’s marathon effort to get its currency used more overseas

China has made some progress on its drive to increase the use of the yuan, also known as the renminbi (RMB), in cross-border settlement and global markets, but its tiny share means there’s a long way to go.

TikTok and its Chinese parent, ByteDance Ltd., sued Monday in federal court in Los Angeles to challenge an Aug. 6 order from President Donald Trump prohibiting U.S. residents from doing business with TikTok. Trump says TikTok is a security risk for user data. The company said the president’s decision was made “for political reasons,” is unconstitutional and violates rights to due process.

Trump’s executive order would “destroy an online community where millions of Americans have come together to express themselves, share video content and make connections with each other,” TikTok said.

Trump is stepping up his campaign against China, betting it will help him win reelection in November despite upsetting millions of younger TikTok users. A law expert said the challenge faces an uphill fight as courts don’t generally review the president’s determinations on questions of national security.

U.S. private equity firm Platinum Equity is in advanced talks to buy HNA Group Co.’s Ingram Micro Inc. in a deal that values the technology distributor at about $7 billion, including debt, according to people with knowledge of the matter.

Discussions are ongoing and talks could still fall apart, said one of the people, who asked to not be identified because the matter isn’t public. Ingram Micro has drawn interest from other suitors, one of the people said. Representatives for HNA, Ingram Micro and Platinum Equity declined to comment.

HNA, a Chinese conglomerate facing scrutiny by the government, has shed billions of dollars of holdings in real estate, among other industries, after a global acquisition spree left it debt-laden. HNA acquired Ingram Micro in 2016 in an all-cash deal worth about $6 billion.

Chinese health authorities have been inoculating medical workers and other at-risk groups against Covid-19 for more than a month as part of an emergency access program, a senior health official disclosed as he flagged plans to include other essential workers ahead of the winter flu season.

National coronavirus vaccine task force chief Zheng Zhongwei confirmed the existence of the program for the first time in a prime-time interview with state media outlet CCTV Saturday. He said the emergency use was limited to people such as medical personnel, epidemic prevention officials and border inspection workers. Zheng did not reveal which particular vaccine or vaccines are being used.

Chinese electric-car startup Xpeng Inc. is seeking to raise as much as $1.27 billion in its IPO on the New York Stock Exchange (NYSE), the latest Chinese company to take advantage of investor enthusiasm for the industry.

Xpeng plans to sell 85 million American depositary shares (ADSs) priced between $11 and $13 a share, allowing it to raise as much as $1.1 billion, according to the IPO prospectus it filed with the U.S. Securities and Exchange Commission last week. The prospectus also provides an over-allotment option to sell an additional 12.75 million shares if investor demand proves strong, meaning the company could raise more than $1.27 billion in total. JPMorgan Chase is the book runner on the share sale, which is also being underwritten by Credit Suisse Group AG and BofA Securities.

Editorial: How China can overcome its talent deficit and become a chipmaking power