CX Daily: ‘Made in Hong Kong’ Ban May Have Little Impact on Trade 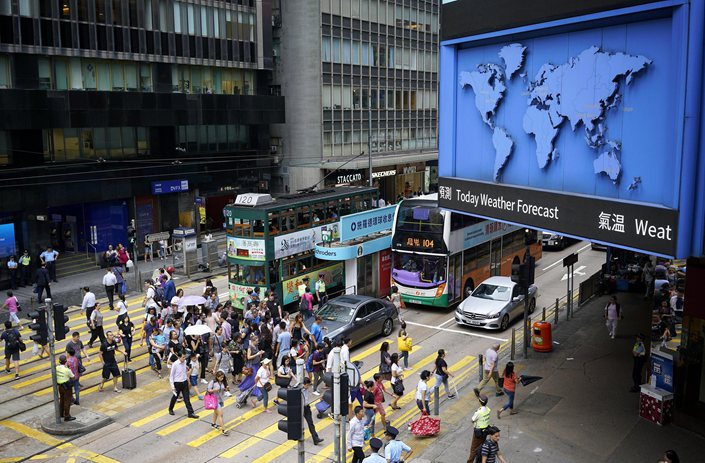 New labeling rule mandates goods exported to the U.S. from Hong Kong must be designated as ‘Made in China.’

Washington’s decision to begin labeling Hong Kong goods exported to the U.S. as “Made in China” in November could deal a blow to the city’s brands and raised concern among businesses. But the move may have little impact on overall trade, given how few goods Hong Kong actually makes and ships to the U.S.

The U.S. Customs and Border Protection published a notice Aug. 11 that goods imported from Hong Kong will no longer be allowed to indicate Hong Kong as their origin and must be marked to indicate China as part of President Donald Trump’s executive order suspending the special treatment Hong Kong enjoyed under the United States-Hong Kong Policy Act of 1992. The labeling rule was set to take effect Sept. 25 but was postponed to Nov. 9, six days after the U.S. presidential election.

HSBC Holdings PLC’s Hong Kong-listed shares crashed to their lowest close in more than a decade Tuesday, hit by the fallout from revelations of the bank’s involvement in facilitating criminal activities and by concerns it may be put on an “Unreliable Entity List” by the Chinese government, which could threaten its expansion in the world’s most populous nation.

HSBC’s shares have dropped by around 50% this year as the bank has been engulfed in problems. In March, the company said it was scrapping its dividend, and it’s been hit by falling profits and the Covid-19 pandemic. Investors have been concerned about possible sanctions by the Chinese government over allegations that it provided information that contributed to the detention of Meng Wanzhou, Huawei Technologies Co. Ltd.’s chief financial officer, in Canada in December 2018.

At a meeting of the public issuance self-discipline committee of the Shanghai Stock Exchange’s STAR Market, members said some investors were suspected of offering concerted prices in subscribing for new shares and said some lead underwriters failed to provide investment value research reports independently and prudently.

Investors have no time to study the valuation of issuers in a flurry of IPOs, with as many as 20 new offerings or more in a week, a veteran investment banker said. Investors usually bid for new offerings based on the investment value in analysis reports provided by IPO sponsors, but to increase their odds of winning, more and more investors have chosen to follow the lead of core institutions.

The new platform, called “FiNI,” will deal with share issuance and settlement matters, aiming to streamline current IPO procedures and shorten the period between IPO pricing and listing of new shares. The platform has been in preparation for some time, but a timetable for its launch is not available, according to the Hong Kong Economic Journal. The exchange applied in June for the “FiNI” trademark. In response to a Caixin inquiry, the HKEX said it is studying ways to shorten the existing IPO process as part of ongoing efforts to enhance competitiveness of the Hong Kong IPO market.

A Chinese border city lifted a lockdown enacted last week in response to two imported Covid-19 infections but remains vigilant against people attempting to cross the boundary from neighboring Myanmar.

Disease control officials in Ruili, in southwest China’s Yunnan province, ended the citywide quarantine measures at 10 p.m. Monday, according to a public notice issued earlier that evening. Businesses were permitted to reopen Tuesday, with the exception of often-crowded venues like bars, internet cafes, karaoke joints, bathhouses and cinemas, the notice said. Schools will reopen in phases starting Saturday. Authorities in Yunnan continue to tightly monitor the long and porous border with Myanmar, where the coronavirus is known to have infected more than 5,500 people and killed at least 92.

Ocean shipping rates between China and the U.S. are showing signs of peaking near record highs, following recent government intervention on both sides of the Pacific and operator commitments to boost capacity.

China’s Ministry of Transport called major domestic and international shippers to a closed-door meeting Sept. 11 to discuss the situation, in which U.S.-China shipping prices soared to their highest levels on record over the last three months, a source familiar with the matter told Caixin. The U.S. Federal Maritime Commission (FMC) called a similar meeting five days later, according to an announcement on its website.

Before those meetings, the FMC and China’s Transport Ministry issued letters to relevant companies in mid-August inquiring about the situation.

Luckin Coffee Inc. continues to pay the price for inflating its sales and profit data, with China’s market regulator piling its own fines on the would-be Starbucks challenger.

The fines are the latest episode in Luckin’s notorious fraud scandal that led to the termination of key executives and a series of boardroom fights. The once high-flying startup was also delisted from Nasdaq.

Plant-based food company Green Monday Holdings raised $70 million in a new funding round led by U.S. investment firm TPG’s The Rise Fund and Hong Kong-based conglomerate Swire Pacific, in a sign that investors are betting on a future in which plant-based protein alternatives will grow in popularity as a new healthy lifestyle.

The funding round, which the company claims is the largest of its kind to date in Asia, was joined by new investors including CPT Capital, Jefferies Group, Sino Group’s Ng Family Trust, Taiwanese-American artist Wang Leehom and Room to Read founder John Wood, according to a company statement Tuesday. Green Monday Holdings will use the capital raised to enhance research and development efforts, expand its retail networks and boost production, distribution and supply chain capabilities, according to the statement.

Guangzhou Yatsen E-Commerce Co. Ltd., which operates budget cosmetics brand Perfect Diary, is eyeing a U.S. IPO as soon as next year, according to two people close to the deal.

The company, which courts younger consumers with cosmetics priced far below the international brands favored by older shoppers with fatter wallets, recently closed a funding round that left it with a valuation of $4 billion, up from $2.5 billion in its previous fundraising in April. Around the time of that fundraising, Guangzhou-based Yatsen denied rumors it was planning to list.

Global Covid vaccine plan moves ahead, without China for now