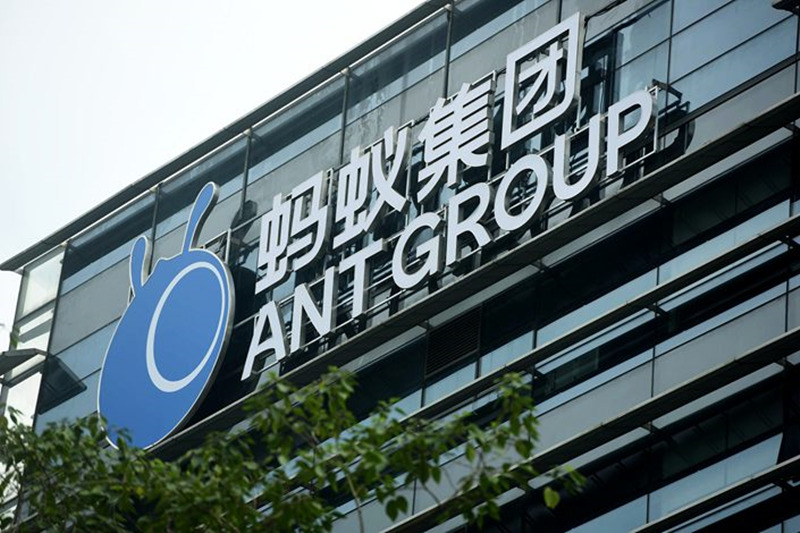 Ant Group makes roughly half its profits from online microlenders Huabei and Jiebei.

The company sought approval earlier in November for asset-backed securities (ABSs) issued by its consumer microlending units, the operators of the Huabei and Jiebei platforms. After the Shanghai Stock Exchange cleared the listing applications, Ant has an additional 26 billion yuan of ABSs pending approval by the exchange.

Ant makes roughly half its profits from online microlending. A new set of rules on online microlending issued by regulators earlier this month was the reason Ant’s IPO was halted. The rules introduce a number of restrictions on Ant that will have a major impact on the company’s business, revenue structure and future growth, so the company will need to fully disclose the impact to investors before an IPO.

China’s progress in promoting the international use of its currency is facing challenges from rising China-U.S. tensions and regulatory curbs on capital flows, multiple experts said.

China has been accelerating efforts over the past few years to encourage more foreign investors and central banks across the world to hold the yuan as part of Beijing’s ambition to expand its global influence. Cross-border use of the yuan has been growing but still makes up only a small fraction of the global market.

In a meeting in the southwestern city of Chongqing Tuesday, multiple financial experts said the internationalization of the yuan has entered a new stage of development given the major changes inside and outside of China — changes that also pose new challenges to the process.

Hong Kong will expand the scope of its trading links to bourses on the Chinese mainland in a move that will give local and international investors access to a wider range of securities.

Mainlanders will be able to buy biotechnology companies listed in Hong Kong for the first time while overseas investors will be allowed to hold stocks traded on Shanghai’s technology-heavy STAR Market under the expanded program, Hong Kong Chief Executive Carrie Lam said in a policy address Wednesday. But companies with secondary listings and weighted voting rights such as Alibaba Group Holding Ltd. will remain excluded.

“The central Government supports further deepening the mutual access between the mainland and Hong Kong financial markets and the gradual expansion of the scope of eligible securities under the mutual market access programs,” Lam said.

In the message (link in Chinese), Xi said he hopes the two countries can “manage differences” and “uphold the spirit of nonconflict, nonconfrontation, mutual respect and win-win cooperation” to advance the healthy and stable development of bilateral ties.

“Promoting the healthy and stable development of China-U.S. relations not only conforms to the fundamental interests of the two peoples but also is the common expectation of the international community,” Xi said, according to Xinhua.

If China hopes to meet its long-term carbon neutrality pledge, it needs to stop building coal power stations, set binding targets for polluting industries, and slash the fuel’s proportion of its energy mix by more than one-sixth by 2025.

So say influential Chinese researchers who spoke at an industrial conference on the country’s energy transition Tuesday in Beijing. Coal supplied 57.7% of the country’s energy last year, down from a peak of 67.4% in 2013, according to the National Bureau of Statistics.

Liu He calls for China to get technologically self-reliant, fast

Boeing Co. is actively consulting with Chinese regulators and airlines as the American aviation giant seeks approval for getting its 737 Max jetliner back into the air after a nearly 20-month hiatus.

The Chicago-based company is working closely with global regulators including the Civil Aviation Administration of China (CAAC) to ensure the safe comeback of the 737 Max to the global aviation fleet, said Wang Yukui, vice director of Boeing China’s communications department.

Boeing is pushing for the global return of the jetliner following recent support from regulators in the U.S. and Europe. China, with 97 of the 737 Max planes in operation before the suspension, has the largest 737 Max fleet after the U.S. and is a key market for determining the aircraft’s comeback.

Huawei says it doesn’t want to make cars, just the tech that drives them

Huawei Technologies Co. Ltd. folded its smart car business into its consumer segment as part of a corporate reshuffle that follows the decision to sell its budget smartphone brand Honor.

But the Chinese tech giant, which has been cut off from its supply of high-tech smartphone chips by U.S. sanctions, reiterated that it has no intention to manufacture whole smart cars and will continue to focus on the technology that drives them instead.

According to a plan released by the company Wednesday, Huawei will shift business matters related to smart car solutions from its Information and Communication Technology (ICT) management committee to the consumer business group under veteran CEO Richard Yu. It will also restructure the consumer group’s investment review board (IRB) into a smart terminal and smart car parts IRB.

Chinese telecom giant ZTE Corp. announced plans to raise billions of yuan to fund its 5G chip development projects and replenish its capital, but stock market regulators are questioning whether this is necessary.

Tesla is seeking to localize the manufacture of its electric vehicle charging piles in China as of next year. The move is part of an ongoing effort to improve its charging infrastructure in the country, which it sees as a key sales driver.

The U.S. carmaker plans to invest 42 million yuan ($6.4 million) in a new plant to produce the chargers adjacent to its existing vehicle assembly factory in Shanghai, Reuters reported Wednesday, citing a document submitted to the Shanghai authorities by the company. The plant, which is set to be completed in February, will have an annual production capacity of 10,000 chargers, according to the document. Tesla currently imports the chargers, usually installed in charging stations or car parks, from the U.S., Reuters said.

U.S. sanctions Chinese and Russian firms for dealings with Iran