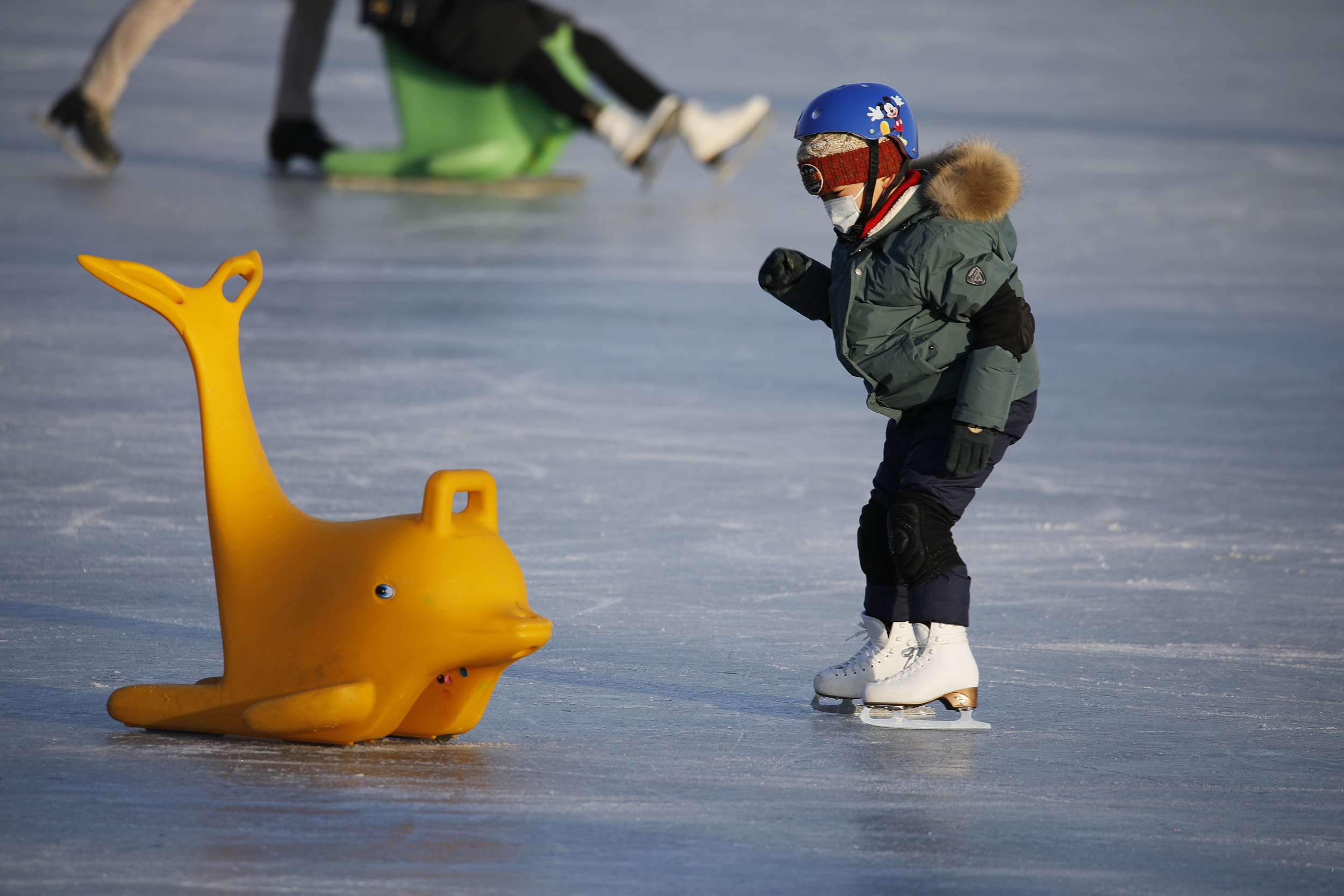 Central Beijing’s Shichahai Ice Rink, one of the city’s most famous natural ice-skating venues, has been closed after just 12 days, following the emergence of a cluster of Covid-19 cases in the capital’s southwestern Daxing district. The rink, which attracts millions of locals and visitors each winter, was already restricted since last weekend to a cap of 7,000 a day. Last year, ice skating in Beijing was banned from Jan. 24 when the novel coronavirus first began peaking in China.

Since 2010, the city of Beijing has charged people to get on the ice at Shichahai. The cordoning off of parts of the lake has also provided a sense of safety, unlike at some other local lakes and canals where people skate at their own risk.

Due to the sudden closure, according to Beijing Daily, people with credit on their rechargeable skating cards will be able to get refunds, and so will those with tickets bought online through the Meituan app. Local inspectors are urging vigilance to stop unauthorized skating for the rest of the season.

Ice skating is a traditional winter pastime in Beijing and levels of expertise are high, especially among older residents. Meanwhile, the more recent Chinese winter sports of skiing and snowboarding are being cultivated at nearby Chongli, which on Tuesday was visited by President Xi Jinping a year ahead of the scheduled opening of the Winter Olympic Games. Chongli and other ski resorts in North China now offer free Covid-19 tests and have cut prices in response to reduced visitor numbers since flare ups of Covid-19 locked down parts of Jilin, Heilongjiang and Hebei provinces, homes to China’s biggest ski resorts.

Many Beijing-based Weibo users recalled skating last year before the lockdown and wondered if history was about to repeat itself. Others wondered how long it would take for cinemas and Nanluoguxiang, a crowded nearby hutong shopping street, to close. Some noted that ice skating is done in the open air and shouldn’t be subject to ticketing or restrictions.

Skiers are also complaining about access restrictions to North China’s resorts due to the pandemic. But as one Weibo user wrote, “If it hadn’t been for Covid, I’d have skied in Korea and Japan twice already this season, and wouldn’t have had to put up with Beijing hotpot as the only after ski option.”