CX Daily: China Gets Serious About Antitrust in Cyberspace 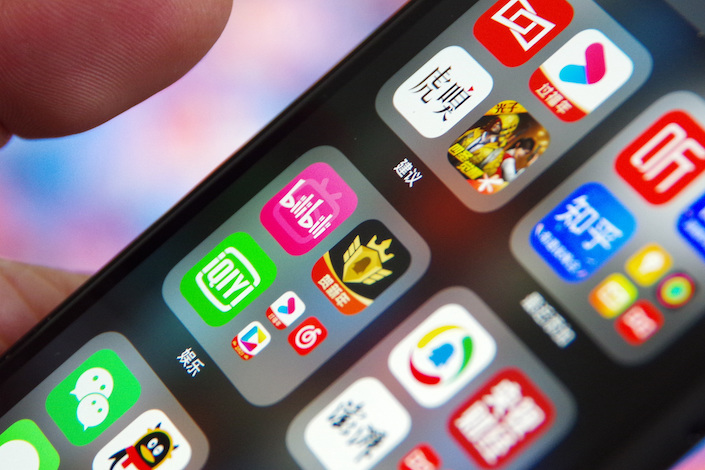 Cover Story: China gets serious about antitrust in cyberspace

After years of tolerating online platforms’ extraordinary expansion into underregulated markets, China is now determined to rein in unfair competition, authorities say. Even though Alibaba’s executives say they don’t expect the government’s 18.2 billion yuan ($2.8 billion) fine to have much of an impact on the e-commerce giant’s business, industry insiders say this is only an initial deterrent to be followed by more regulatory scrutiny and civil lawsuits.

Three days after the Alibaba fine, China’s market regulator and its cyberspace and tax regulators summoned the country’s biggest tech companies and warned them of “severe punishment” if they continue to break antitrust rules after a one-month grace period.

Work on a 270-kilometer line connecting Jinan, capital of East China’s Shandong province, and the city of Zaozhuang in the province’s south, was suspended last month, Caixin learned. The other action saw work come to a halt this month on three lines with planned total investment of 71.6 billion yuan being constructed as part of a project called Guanzhong Chengji, which consists of 13 lines in Northwest China’s Shaanxi centered on the provincial capital of Xi’an.

State-owned Chongqing Energy Investment Group Co. Ltd. set up a creditors’ committee to prepare for restructuring, sources told Caixin, as the miner faces difficulty in paying its debts amid a government drive to slash coal capacity.

The restructuring reflects how China’s energy transition is reshaping its massive coal industry as policymakers have vowed to develop clean energy and reduce the country’s dependence on coal power generation.

The creditors’ committee was created over two months ago and is chaired by the seven banks that hold the largest amount of Chongqing Energy’s debt, sources with knowledge of the issue said.

Chinese mainland investors will likely be able to start trading offshore bonds in Hong Kong as soon as July through a bond connect program that links the mainland and the southern financial hub, local media reported.

The southbound channel will allow mainland investors to put money into specific offshore bonds under certain quotas, the report said.

Between January and March, newly signed forward contracts for foreign exchange settlements and sales and the exercise of options totaled $290.4 billion, a 95% rise from the average amount for the same period in 2019 and 2020, according to Wang Chunying, a spokeswoman for the State Administration of Foreign Exchange (SAFE).

China’s central bank sounded high-risk warnings to rural financial institutions in its most recent assessment of the banking system, even as the industry generally showed improvement.

The People’s Bank of China (PBOC) listed 285 rural commercial banks, cooperative banks and credit unions as high risk after assessing the risk exposure of 4,399 banking institutions nationwide in the fourth quarter of 2020.

An additional 127 smaller, village-level banks were also labeled high-risk, according to the PBOC.

ByteDance Ltd., the owner of short-video sensation TikTok, said it has no imminent plans for an initial public offering (IPO), breaking a long silence amid months of speculation that the world’s most valuable tech startup would soon go public.

“After a thorough study, we believe the company currently doesn’t meet the conditions for a public listing,” ByteDance said Friday in a brief statement.

Word circulated in recent weeks that ByteDance was preparing to offer shares in at least one of its businesses. Shares of the Beijing-based company are privately trading at levels valuing it at $300 billion.

China released a detailed draft of national standards to regulate the use and protection of facial recognition data amid a heated debate surrounding the widespread use of surveillance technologies in public areas across the country.

After taking effect, it will become the country’s first set of national standards for the use and protection of facial recognition data.

China could have the capacity to generate more electricity from nonfossil fuel sources than from burning coal by the end of this year, a major trade group said, as the Asian nation’s bold climate pledges drive a flood of investment into clean energy.

The world’s largest greenhouse gas emitter is expected to have installed about 1,120 gigawatts (GW) of generation capacity based on nonfossil fuels — such as hydropower as well as wind and solar power — by the end of 2021, according to a report published Friday by the China Electricity Council (CEC).

By comparison, the nation had installed 1,090 GW of coal-fired power as of March, the report says. The figure is not expected to grow significantly during the rest of the year.

Chinese bike-sharing startup Hello Inc. became the first major company in its class to launch an initial public offering, betting investors will buy into its growth story even as it continues reporting large but progressively shrinking losses.

Hello, backed by fintech giant Ant Group Co. Ltd., submitted its prospectus to the U.S. Securities and Exchange Commission Friday for a proposed Nasdaq IPO with an initial fundraising target of $100 million, although that figure often goes up or down depending on investor demand. It did not say how it might use the proceeds.