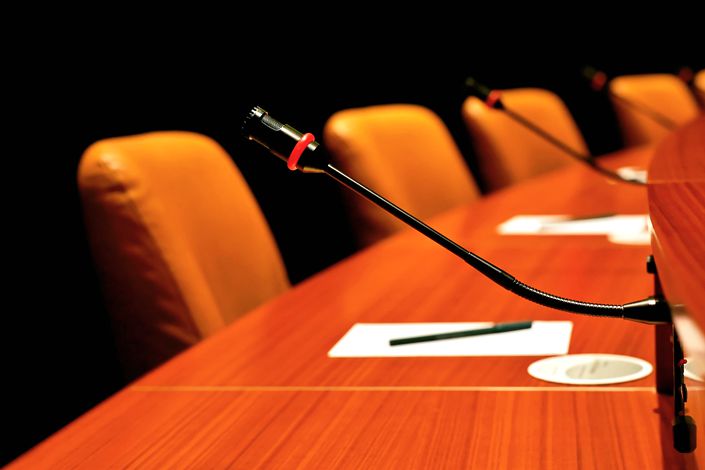 In Depth: Government information disclosure for the pandemic year

The government’s information disclosure system is intended to act as a guarantee that all citizens can obtain government information in accordance with the law. Annual reports offer a key glimpse into the system’s workings.

According to the Open Government Information Regulation that came into force in 2020, administrative organs at all levels must publish annual reports on the disclosure of government information prior to March 31 each year.

World Health Organization experts said one of China’s Covid-19 vaccines is 78.1% effective in adults ages 18-59 years old but found that there is insufficient trial data to demonstrate effectiveness in protecting older people and people with underlying medical conditions.

The United Nations organization’s Strategic Advisory Group of Experts on Immunization published the assessment in a report on BBIBP-CorV, the Covid-19 vaccine developed by state-owned China National Pharmaceutical Group Corp. (Sinopharm). The finding could play a key role in approval by the World Health Organization (WHO) of Sinopharm’s vaccine for emergency use, making it eligible for deployment in lower-income nations through the Covid-19 Vaccines Global Access (Covax) initiative, which is suffering a supply crunch.

The WHO is expected to clear vaccines made by Sinopharm and Sinovac Biotech Ltd., another Chinese company, by the end of this week, said Mariangela Simao, WHO assistant director-general for drug access, vaccines and pharmaceuticals, at a press conference Monday.

"China is again doing some soul searching about what to do about its top four asset management companies (AMCs) some 22 years after establishing them," writes Ling Huawei, managing editor of Caixin Media, in a commentary.

"After more than a year of discussion about possible ways of reforming the AMCs, including establishing a holding company that controls all four or merging them all into one, there is no conclusion in sight," writes Ling. "The last time the AMCs’ fate was discussed was in 2003, when the talk focused on whether their lifespan should be extended beyond its original 10 years."

"Well, the final result of those discussions is no secret," writes Ling. "Created to help with the reform of China’s four largest state-owned banks, the AMCs were born with a silver spoon in their mouths. The 10-year limit never made it into the plans for developing the AMCs. It’s something scholars still regret two decades on."

Ant Group’s online lender MYBank laid out a plan to double the number of Chinese rural counties it serves to 2,000 by 2025 as Beijing makes revitalizing rural areas a top priority in its modernization push.

The plan, announced last week, could be seen as MYBank’s response to the government campaign. It will bring the bank closer to a host of small and micro businesses, some of which have no record of borrowing money from traditional banks. China’s economy has begun recovering from the Covid-19 pandemic that crippled the country’s economy for much of 2020.

The contribution of high value-added industries such as advanced materials and new energy to China’s total economic inputs fell in April due primarily to a decline in capital investment, a Caixin index showed.

The Mastercard Caixin BBD New Economy Index (NEI) came in at 27 last month, indicating that new economy industries accounted for 27% of China’s overall economic input activities. The reading was down from 29.1 in the previous month.

The Cyberspace Administration of China (CAC) released (link in Chinese) a list Saturday of 33 apps — including popular Gaode Map, Baidu Map and Tencent Map — that it said were violating data rules by collecting personal information that’s not necessary for their services, or using the data without consent.

The CAC said the businesses had 10 working days to rectify the issues and report back to the administration.

Robin Zeng, the founder and chairman of Tesla supplier Contemporary Amperex Technology Co. Ltd. (CATL), became Hong Kong’s richest person Wednesday with a personal fortune of $34.5 billion. The total more than tripled since March last year, according to Forbes, which tracks the world’s wealthiest people. Zeng owns about a quarter of the company.

The U.S. commerce secretary is pressing TSMC and other Taiwanese chip foundries to play a bigger role in helping American carmakers deal with a global shortage of automotive semiconductors that has led to layoffs for many workers in the American auto industry.

“We’re working hard to see if we can get the Taiwanese and TSMC, which is a big company there, to prioritize the needs of our auto companies since there’s so many American jobs on the line,” U.S. Commerce Secretary Gina Raimondo said Tuesday at an Americas Society event, according to Reuters.

Raimondo stressed that “the medium- and long-term solution, though, is like very simply making more chips in America.”

China Petroleum & Chemical Corp. plans to invest 200 billion yuan ($30.9 billion) over the next five years to double the size of its natural gas business as the country’s energy giants look to bring themselves in line with national climate goals.

The state-owned company — also known as Sinopec — aims to set up a new gas subsidiary and increase its overall gas trading volume to 100 billion cubic meters by 2025, up from 44.5 billion cubic meters last year, according to Mou Haiyong, the chief engineer of the company’s existing gas branch.

Opinion: How Chinese tech companies can rise to the green challenge

Opinion: China’s importance to multinationals means they must approach it with greater nuance