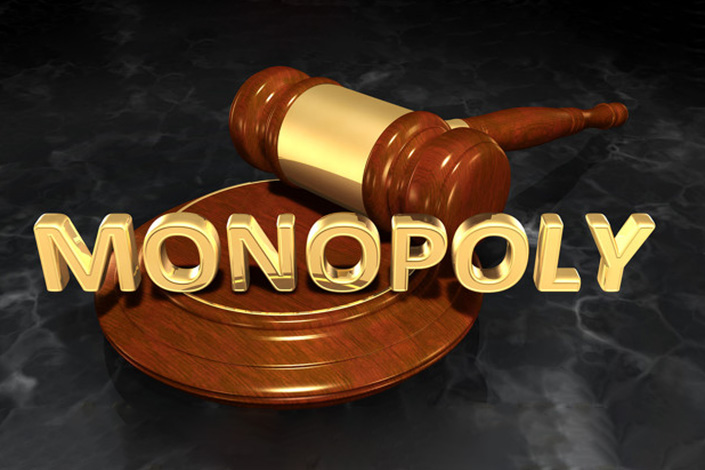 In a five-year plan unveiled Wednesday, Chinese regulators beefed up anti-monopoly measures. The following is a timeline compiled by Caixin Insight about how regulations for monopolies, worker benefits and industries have changed since 2020, moves that will shape China’s tech sector for years to come.

The market regulator proposed draft guidelines to rein in the monopolistic practices of internet platforms.

The guidelines outline what regulators consider to be monopolistic agreements and abuse of dominant market positions. It clarified that VIEs are not exempted from merger filing obligations. The determination of what counts as a dominant market position accounted for the fact that platform economies often operate in an undefined market.

A Politburo meeting (link in Chinese) stressed that “strengthening anti-monopoly (measures) and preventing the disorderly expansion of capital” were priorities for the economy in 2021. The phrase “disorderly expansion of capital” refers to profit-driven behavior that negatively impacts consumer rights, innovation and financial stability. Since December, it has occurred again and again in high-level documents and senior official speeches.

The market regulator finalized guidelines for curbing monopolistic practices by internet platforms. The market believed that the final version is less hostile to platform operators than a draft in November. In April, however, the national market regulator showed its resolve by for the first time ruling a platform operator abused its dominant market position, resulting in a landmark fine for Alibaba.

The market, cybersecurity and tax regulators jointly summoned 34 companies that run internet platforms. They were asked to comprehensively self-assess and rectify any issues within one month according to the five principles: preventing the disorderly expansion of capital, ensuring fair market competition, fostering innovation, preventing the abuse of algorithms that can infringe on people’s legal rights, and using technological ecosystems that are open and shared. Since then, many of the 34 companies have been punished or have fallen under investigation.

Seven agencies under the State Council pledged to improve salaries (linked in Chinese), working conditions and social welfare benefits for delivery workers. Prior to this, President Xi Jinping had drawn attention to the hard work of delivery workers on several occasions. During his visit to South China’s Guangxi Zhuang autonomous region in April, he specifically stressed protecting their legal rights.

The market regulator proposed new rules for penalties against illegal pricing (link in Chinese). The rules explicitly target tricks used by companies that run internet platforms such as algorithmic-based price discrimination and below-cost pricing. If finalized, the rules would dramatically raise the maximum fines for such practices. In March, Didi, Pinduoduo and Meituan each faced 1.5 million yuan fines for below-cost pricing. The same offense would incur 5% of the previous year’s sale under the proposed rules (totaling 200 million yuan to 700 million yuan for the three companies).

The cybersecurity regulator proposed draft changes that would require any Chinese internet company with more than 1 million users to undergo a cybersecurity review before listing abroad. Companies would have to file IPO materials to the Cybersecurity Review Office, the interdepartmental office that conducts such reviews. This would mean that companies' prospectuses and other filings will have to be checked by the government before they file to list outside of China.

Nineteen measures were laid out to safeguard the rights and interests of those flexibly employed. Occupational injury insurance and minimum wage schemes will be provided for courier workers and ride-hailing drivers. The document came after an executive meeting of the State Council, China’s cabinet, which vowed to improve protections for those flexibly employed. This will largely increase the costs of companies that run internet platforms. Another document on labor protections specifically designed for food delivery workers was released on July 26.

Sweeping changes to the after-school tutoring industry will turn some existing businesses into nonprofit institutions, bar them from public market financing and prevent the creation of new businesses that teach subjects that are part of the core school curriculum. The top-level document came from the State Council, China’s cabinet, and the Communist Party of China’s Central Committee. In March, Xi called the problems in the sector “a stubborn malady” during this year’s annual session of China’s legislature.