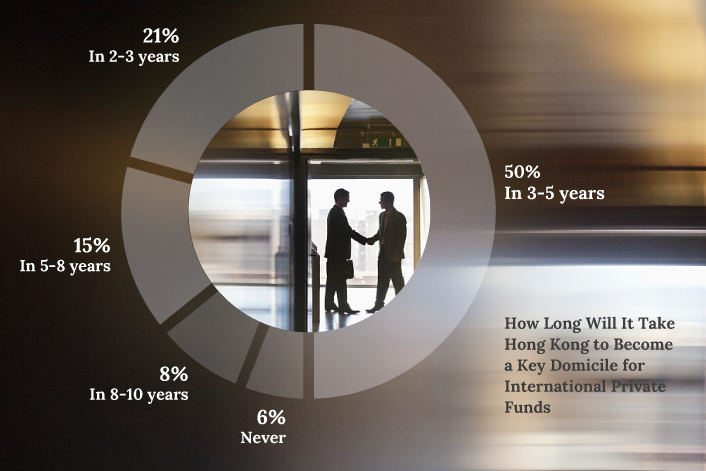 Hong Kong’s efforts to lure private equity and venture capital funds away from offshore tax havens such as the Cayman Islands and the British Virgin Islands could get a significant boost in November when two new local laws go into effect.

The legislation will allow funds registered elsewhere to relocate their registration and operations to Hong Kong. It marks the latest step in Hong Kong’s strategy to bolster its position as an international asset and wealth management hub, following previous legislation to allow new fund structures and tax incentives for private funds.

The latest changes should make it easier and cheaper for existing funds, especially those that do business in Hong Kong but are domiciled elsewhere, to move their registration to the special administrative region instead of having to dissolve and then set up new ones from scratch, thus attracting more fund managers from other locations.

Shenzhen-based Baoneng had interest-bearing liabilities of 192.7 billion yuan ($31 billion) as of the end of September

Baoneng slaps ‘for sale’ sign on assets to raise $15.6 billion

Cash-strapped Baoneng Investment Group Co. Ltd. slapped “for sale” signs on a grab-bag of assets including an office building, a logistics park, plots of land and equity in financial companies in hopes of scraping up funds to shrink its $31 billion debt mountain.

Chinese Vice Premier Liu He joined the list of officials seeking to reassure investors and homeowners that risks in the country’s property market are controllable.

Reasonable demand for capital is being met, and the overall trend of healthy development of the real estate market will not change, Liu said Wednesday in a speech at a financial forum.

China will coordinate the prevention and control of financial risks and properly handle the default risks of a few large enterprises, Liu said.

Chinese Vice President Wang Qishan called on members of the advisory board of Tsinghua University School of Economics and Management (SEM) to make greater contributions to promoting exchanges between China and other countries and enhancing common interests, according to the state-run Xinhua News Agency.

Wang made the remarks via video link Tuesday when he met with the advisers led by Apple CEO Tim Cook, Xinhua said. The advisers expressed their willingness to further deepen cooperation with China and contribute to its education and economic development, Xinhua said.

He Yafei: It’s time to reaffirm our faith in the U.N. Charter

Executives from short-video sensation TikTok will attend a U.S. Senate hearing to testify about how social media platforms can protect their young users, its Chinese owner ByteDance Ltd. confirmed with Caixin Wednesday.

The Oct. 26 hearing is part of a series that the subcommittee has scheduled about child safety online. It follows a hearing earlier this month that put Facebook Inc. and its effect on underage users in the spotlight.

TikTok is facing a backlash in the U.S. where its promise to protect user information — especially that of minors — is still under scrutiny even after President Joe Biden in June withdrew a Trump-era executive order that sought to ban new downloads of the app.

A joint venture between postal service operator China Post Group Co. Ltd. and Singapore-based logistics investor and operator GLP Pte. Ltd. is aiming to raise 20 billion yuan ($3.1 billion) for a private equity fund to invest in warehouses and other assets to boost logistics infrastructure in China amid rising consumer spending.

The fund will invest in newly developed warehouse and operations centers and urban distribution parks in first-tier cities and will be used to revitalize existing assets within the postal services system, the two operators said in separate statements Wednesday.

As sales of new-energy vehicles (NEVs) continue to set records, China wants manufacturers to take greater responsibility for quality problems linked to battery and control systems in the wake of numerous recalls and safety incidents.

The Ministry of Industry and Information Technology issued draft guidelines (link in Chinese) Wednesday urging NEV-makers to closely supervise their battery and software suppliers, regularly evaluate them, and get them to improve battery safety.

China is not targeting the private economy with its regulatory crackdown, official says

China’s recent crackdown on illegal activities, such as monopoly and “disorderly expansion of capital,” shouldn’t be seen as targeting the private economy, according to a senior official at a Thursday press conference (link in Chinese).