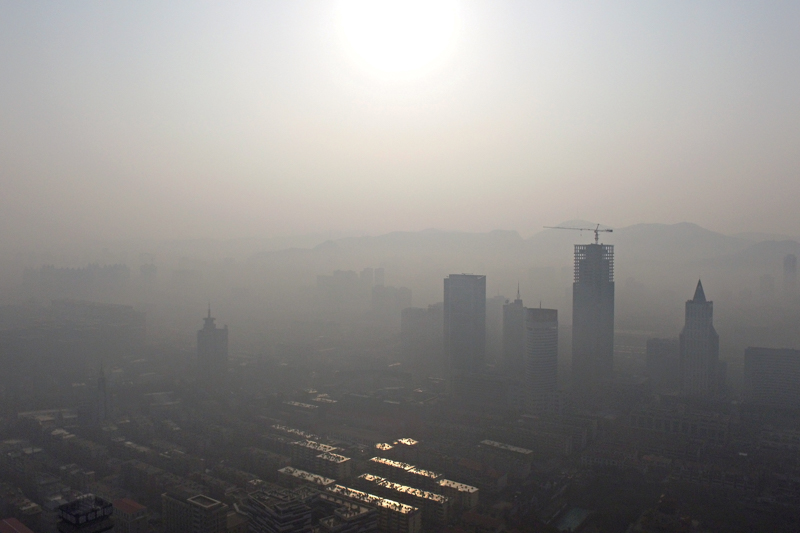 The Chinese central bank’s new monetary policy tool to support carbon emission cuts could release 400 billion yuan ($63 billion) to 1.9 trillion yuan in funding for financial institutions over the next year under different scenarios, with the potential to unleash far more over the long term, analysts said.

On Monday, the People’s Bank of China (PBOC) announced the launch of its carbon-reduction support tool, designed to provide cheap funding to financial institutions that operate nationwide to channel low-cost loans to businesses in the clean energy, environmental protection, energy conservation, and carbon-reduction technology industries.

The tool is a measure for targeted credit easing and an incentive for financial institutions to fund carbon-reduction projects, some analysts said.

China’s securities regulator banned online influencers from recommending stocks through livestreaming and told them to focus on analysis of the macro economy and overall market when commenting on the stock market.

The China Securities Regulatory Commission (CSRC) issued the order as more and more brokerages and fund managers are collaborating with livestreamers aiming to attract new clients.

China will need to continue its “zero tolerance” strategy against Covid-19 with nationwide emergency responses, including maintaining long quarantines and vigorous contact tracing, until a “barrier of immunity” has been established, a top Chinese epidemiologist said.

Zeng Guang, former chief epidemiologist of Chinese Center for Disease Control and Prevention (China CDC), made the remarks in a speech delivered at a forum during the China International Import Expo. He said that after establishing the immunologic barrier, China will then enter the next phase of normalizing its disease control and prevention work, which will last for a period of one or two years. “During this period, not as many compulsory quarantines and lockdowns would be needed,” he said.

Ling Huawei: Government must show flexibility to get real estate market back on track

One 97 Communications Ltd. is expected to raise around 185 billion rupees ($2.5 billion) over a three-day subscription window that kicked off Monday. That could make it the biggest IPO in Indian history, surpassing the 2010 record set by coal producer Coal India Ltd. It plans to go public on both the National Stock Exchange of India and Bombay Stock Exchange around Nov. 18.

By the end of the first day, 18% of the shares on offer were snapped up, according to Bloomberg Quint. Retail investors seemed optimistic about the deal, with 78% of their quota subscribed, while noninstitutional investors took 2% of the released quota and qualified institutional buyers 6%.

The U.S. Department of Commerce issued a request for information Sept. 24 that asked U.S. and foreign firms in the semiconductor supply chain — including producers, consumers and intermediaries — to voluntarily fill out a questionnaire providing “information about inventories, demand and delivery dynamics.”

Nasdaq-listed shares of 51job Inc. lost as much as a quarter of their value Monday, closing down 19.2%, after the human resources company signaled that Chinese regulatory scrutiny could delay its plan to go private.

In a statement released before U.S. markets opened Monday, the Shanghai-based company disclosed that a buyout group formed to take it private has been in talks with Chinese authorities over recent regulatory changes that may affect the deal.

Tesla shipments within China drop as exports from Shanghai jump

Opinion: China is in a unique position to finance the green-tech revolution