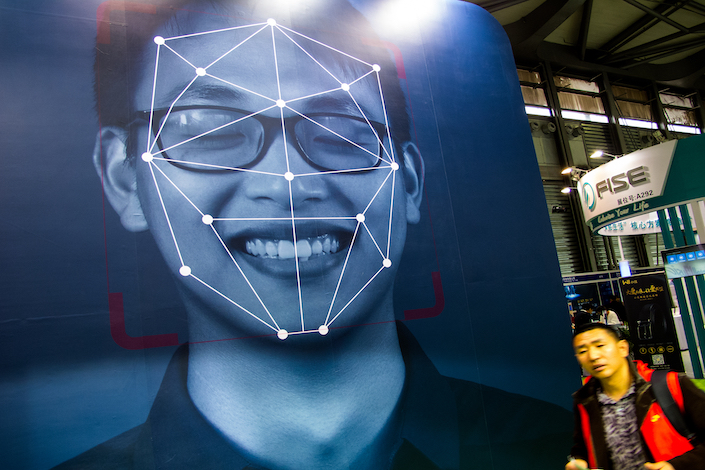 A planned Hong Kong share sale by SenseTime Group Inc. is attracting close attention from investors looking for clues as to how Beijing’s new rules on cybersecurity will affect overseas listings by artificial intelligence companies and other data-intensive businesses.

An initial public offering (IPO) by SenseTime, China’s largest artificial intelligence (AI) company, won clearance at a Nov. 19 hearing of the Hong Kong Stock Exchange (HKEX). That was five days after Beijing issued new draft rules that share sales outside the Chinese mainland are subject to heightened scrutiny on exporting data that could affect national security.

It was also well before the broadened requirements might go into effect. An analyst at a major brokerage told Caixin that SenseTime was “decisive” in timing its IPO ahead of the proposed new rules.

China’s “zero-Covid” strategy can deal with the new and potentially more contagious coronavirus variant omicron and prevent it from spreading across the nation, according to leading Chinese experts, as the virus triggered a new wave of travel restrictions in many other countries around the world.

The virus, which was first reported to the World Health Organization (WHO) by South Africa Wednesday, was detected around the world over the weekend, prompting Japan and Israel to ban all foreigners from entering their countries and many others to impose varying degrees of travel restrictions to keep it out.

Zhang Wenhong: China is equipped to deal with the omicron Covid variant

China’s central bank issued new regulations (link in Chinese) for the multitrillion-dollar payment sector in a bid to improve risk control and clamp down on crimes like cross-border gambling that illegally take advantage of payment barcodes to transfer funds.

One key rule introduced points to the popular payment collection barcodes, which can be divided into “individual” and “merchant” codes based on the classification of the generators.

Zhu Yi, general manager of the investment banking business at Guotai Junan Securities Co. Ltd., has been put under investigation on suspicion of serious violations of law, according to China’s top antigraft agency.

Zhu, 46, was a member of the main board public offering review committee of the China Securities and Regulatory Commission (CSRC) from May 2012 to September 2017, according to a statement (link in Chinese) released Friday by the Central Commission for Discipline Inspection (CCDI). In that post, Zhu served as one of the regulators responsible for approving IPOs on the main boards of the Shanghai and Shenzhen stock exchanges.

Opinion: Why yuan is likely to stay strong for a long time

“In 2021, the yuan has continued to appreciate against the U.S. dollar, with the exchange rate rising from nearly 7 per dollar at the beginning of the year to around 6.4 now, an increase of about 2%,” writes Xu Xiaoqing, director of macro strategy at DH Fund Management Co. Ltd., in an article.

“Even if the pandemic fully subsides, China’s share of global exports will not fall to pre-pandemic levels, which means the logic supporting long-term yuan strength remains valid,” writes Xu.

“China’s central bank has been cautious about easing monetary policy, while the U.S. Federal Reserve is hesitant about normalizing its loose monetary policy,” writes Xu. “So, short-term interest rates in the world’s two largest economies have not been adjusted in a timely manner in response to their economic fundamentals. After deducting core inflation, China’s real interest rates are relatively high, while those in the U.S. are too low, which have also supported the yuan.”

Alibaba-backed Chinese social media company Weibo Corp. is seeking as much as HK$4.27 billion ($547 million) in a secondary listing in Hong Kong.

The Nasdaq-listed company is selling 11 million shares at up to HK$388 apiece, according to a term sheet filed to the Hong Kong Stock Exchange Monday. Final pricing will be announced Thursday and shares are set to start trading Dec. 8, the filing said, with an overallotment option allowing underwriters to buy a further 1.65 million shares that could be worth roughly HK$640 million.

Tesla Inc. plans to expand production at its Shanghai factory, adding workshops and workers as the company deepens its investment in the world’s largest electric car market.

The carmaker will build multiple new workshops for stamping, painting, automotive body production and final assembly, according to an environmental impact report (link in Chinese) published by the carmaker on a local government information disclosure platform.

It was the first time Hui reduced his stake in the company since it went public in 2009, according to Bloomberg. Evergrande’s Hong Kong-traded shares plunged 10.39% Friday to close at HK$2.5 apiece. The stock has declined nearly 83% this year.