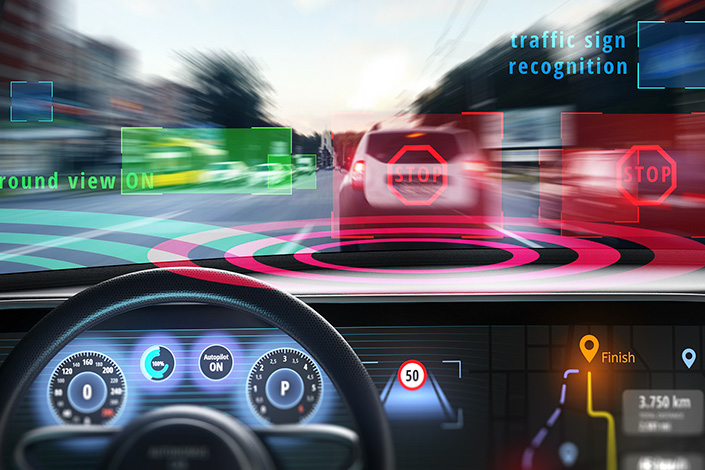 In Depth: Chinese carmakers jostle for an edge in autonomous driving

As Chinese cities pave the way for more self-driving cars to whizz around their streets, the country’s carmakers are jockeying for position in what they predict will soon be a huge market.

Earlier this month, Shenzhen published a new set of rules that will allow autonomous commercial driving services to be offered in the tech hub starting next month. That includes fully autonomous cars, if such technology ever comes to fruition and meets safety requirements.

President Xi Jinping conveyed his sympathy to U.S. President Joe Biden, wishing him a speedy recovery from Covid-19 on Friday, according to the Ministry of Foreign Affairs.

Both leaders are expected to hold more talks by the end of the month over a range of disputes, including trade tariffs and geopolitical issues. The two presidents last spoke in March.

A total of 8,870 people died in safety-related incidents at work across China in the first half of 2022, some due to illegal construction and mining activities, according to the Ministry of Emergency Management.

The alarming death toll underscores the country’s ongoing struggle to eliminate safety risks in these sectors. An ongoing rise in the rate of incidents in coal mines and on building sites has prompted authorities to ramp up safety checks and intensify crackdowns on unsafe practices and corruption as a whole.

As of the end of the second quarter, overall outstanding nonperforming loans in China’s commercial banking sector stood at 2.95 trillion yuan

China’s banking regulator said it’s continuing to assess the risks of small and medium-sized banks and is vigorously promoting the disposal of nonperforming assets.

Indonesian President Joko Widodo will visit China from July 25 to 26 at the invitation of President Xi Jinping, according to China’s Ministry of Foreign Affairs.

During the visit, Widodo will hold talks with Xi and Premier Li Keqiang to have an in-depth exchange on bilateral relations and major regional and international issues, Wang Wenbin, a Foreign Ministry spokesman, said Thursday during a regular news briefing.

Asia-Pacific tech unicorns and startups have been attracting investment at a faster pace, with the Chinese mainland retaining the top spot even as Southeast Asia catches up, a recent report shows.

Private investment in tech surged by two-thirds to $193 billion in 2021 in the Asia-Pacific, the highest on record, according to a report issued by accounting firm KPMG and banking giant HSBC Holdings PLC. The number of tech unicorns — startups valued at over $1 billion — in the region rose 25% year-on-year to over 450 in 2021.

China cleared projects to add 125 million tons of annual coal production capacity during the first half this year as the country ramps up efforts to ensure sufficient supply amid shrinking coal imports and soaring energy prices.

The Ministry of Ecology and Environment approved 20 new coal mining projects so far this year, the final step in regulatory reviews before construction can start.

Shares in mainland-traded gaming companies surged Thursday after the government announced a pilot program to improve the approval process for new online games.

Three months ago regulators lifted an eight-month freeze on new licenses that hit the industry’s earnings and contributed to the sector’s first half-yearly revenue contraction since 2015.