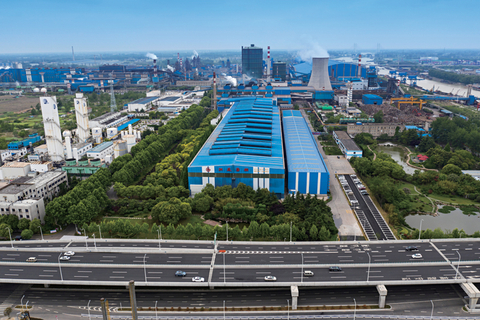 In Depth: Will Fosun’s $2.2 billion steel unit sale save the conglomerate?

Fosun International Ltd.’s $2.2 billion sale of its 60% stake in Nanjing Nangang Iron & Steel United Co. Ltd. was either a desperation move — or a sign that the debt-laden conglomerate is about to turn a corner in its fight for survival.

“Fosun’s fortunes are going to change,” declared founder and chairman Guo Guangchang at an internal meeting after he struck the deal last month for Jiangsu Shagang Group to take over Nangang, according to a person close to senior management.

A fresh wave of Covid-19 outbreaks and tightened control measures across China are stoking concerns among merchants that logistics disruptions could undermine sales in the annual “Double 11” shopping promotion.

The event, also known as “Singles’ Day,” is one of the biggest money-earners in the retail calendar. Originally falling on Nov. 11, the festival now runs from the end of October and lasts two to three weeks.

Trending in China: Social media users hail the return of a top Chinese biologist from the U.S.

The return of Yan Ning, a distinguished Chinese biologist, from the U.S. to China has been cheered by social media users. On Tuesday, Yan gave a speech at the Shenzhen Global Innovation Forum of Talents, where she announced her decision to leave her tenured professor post at Princeton University to help launch a medical sciences research institute in the southern innovation hub of Shenzhen.

The hashtag #Yan Ning announces her departure from the U.S. and return to China. #颜宁宣布离美归国 has been viewed more than 450 million times as of Wednesday afternoon, garnering more than 24,000 comments on China’s Twitter-like platform Weibo.

Sales and lending in China’s property sector have posted marginal improvements recently, the country’s central bank chief said at a Hong Kong summit Wednesday, as he sought to address worries about a prolonged real estate crisis that has plagued the world’s second-largest economy.

“With ongoing urbanization in China, we hope the housing market can achieve a ‘soft landing,’” People’s Bank of China (PBOC) Governor Yi Gang said in an interview conducted by Hong Kong Monetary Authority Chief Executive Eddie Yue, which was pre-recorded and broadcast at the Global Financial Leaders’ Investment Summit.

The contribution of high value-added industries such as biotechnology to China’s total economic inputs slipped in October due chiefly to a decrease in capital and labor investments, a Caixin index showed Wednesday.

The Caixin BBD New Economy Index (NEI) came in at 28.5 last month, indicating that the monitored new economy industries accounted for 28.5% of China’s overall economic input activities. The reading is down 1.8 points from 30.3 in September.

TuSimple’s board terminated Hou’s duties as CEO, president, chief technology officer and board chairman, according to a filing submitted Monday to the U.S. Securities and Exchange Commission.

Ersin Yumer, the San Diego-based company’s executive vice president of operations, will serve as interim CEO until a permanent successor is named, according to the filing.

South African media giant Naspers Ltd. and its tech investment arm Prosus NV Tuesday rejected media reports that they are in talks to offload their 28% stake in Tencent Holdings to Chinese state-backed investors.

Speculation about such a sale swirled after Asian Tech Press reported Monday that a group led by China’s state-owned conglomerate Citic Group was in talks to buy all of Naspers’ holdings in Tencent, the owner of WeChat. Naspers is Tencent’s largest shareholder.

EV-maker XPeng shares drop as sales fall by half