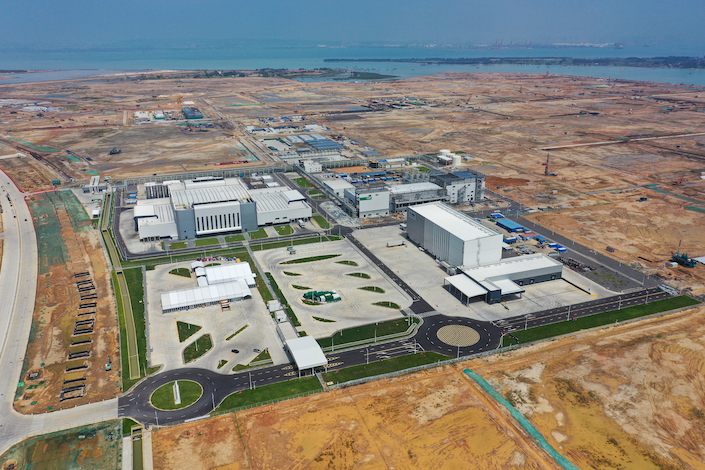 The visit to China this month by a dozen leaders of blue-chip German companies provided an opportunity to take the pulse of foreign investor confidence in the country amid the war in Eastern Europe, the pandemic, rising inflation and recession fears.

As German Chancellor Olaf Scholz led a delegation including the businesspeople, European Union investment in China had fallen for three consecutive years from $10.4 billion in 2018 to $6.3 billion in 2021. But in the first eight months this year, EU investment more than doubled from a year earlier.

This year’s dramatic geopolitical changes have significantly altered the calculus for foreign investment in China. Large European enterprises are increasingly taking the lead. Japanese businesses are retreating in manufacturing and advancing in services. And American companies are frozen.

Xi calls for China-U.S. relations to return to ‘right course’

Chinese President Xi Jinping called upon U.S. President Joe Biden to jointly “chart the right course” for bilateral ties as the two leaders met Monday in Indonesia ahead of the Group of 20 Leaders’ Summit, according to the official Xinhua News Agency.

“The current situation facing China-U.S. relations does not meet the fundamental interests of the two countries and their people, nor does it meet the expectations of the international community,” state media reported Xi saying.

Agricultural Bank of China Ltd., one of the country’s “Big Six” state-owned commercial lenders, will appoint the president of China Everbright Bank Co. Ltd. as its new president, sources with knowledge of the matter told Caixin Monday.

Fu Wanjun, 54, will become president of the country’s, as well as the world’s, third-largest bank by assets after administrative procedures are completed, the sources said.

The SRF and the Indonesia Investment Authority (INA), the country’s sovereign wealth fund, agreed to jointly take a 40% stake in a PT Kimia Farma Tbk. (KAEF) subsidiary, PT Kimia Farma Apotek, for around 1.86 trillion rupiah ($120 million), according to a press release by KAEF Sunday. The proceeds will be used to fund business expansion, increase working capital and improve operational efficiency of the subsidiary, it said.

Yin was selected for the Politburo after the 20th National Party Congress in October, when Cai was elevated to become one of the seven members of the Politburo Standing Committee, the party’s top decision-making body.

Fosun International Ltd.’s billionaire Chairman Guo Guangchang said the conglomerate has enough capital to cushion it from market risks, noting that the group itself has 270 billion yuan ($37.4 billion) in total assets versus 100 billion yuan in liabilities.

Guo’s remarks, made on an earnings conference call Thursday, are his latest effort to allay investor concerns about the Chinese multinational’s debt risks, as China’s sluggish growth and stricter regulatory environment have put growing liquidity pressure on private sector companies.

An Ericsson Inc. executive called on Chinese telecom operators to improve their 5G services after a company survey found that more than a third of China’s 5G phone users chose lower-rated 4G service packages this year — more than in 2020.

Tesla Inc. said Monday that it was cooperating with investigators after an out-of-control Tesla Model Y electric car crashed in the southern Chinese province of Guangdong, killing two and injuring three.

The crash reportedly happened Nov. 5, with widely circulated video showing a white Tesla Y rocketing down a road at high speeds, sideswiping several cars and motorcycles before eventually crashing into a storefront.