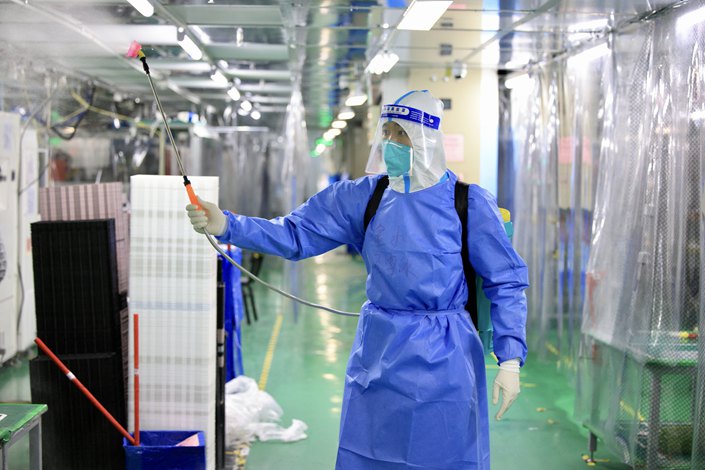 China reported more than 25,000 local Covid cases Thursday, the most since late April, as several major population hubs including Beijing, Chongqing and Guangdong face a surge in infections.

The count includes 22,853 asymptomatic cases, the National Health Commission (NHC) reported Friday. It was the highest daily tally since late April when Shanghai was under a two-month lockdown due to its worst-ever outbreak.

China and Japan will move quickly to open a direct phone line under the maritime and air liaison mechanism as part of a five-point consensus reached by the two countries for developing more stable bilateral ties, according to the Ministry of Foreign Affairs.

The consensus was released after President Xi Jinping and Japanese Prime Minister Fumio Kishida met in Bangkok on the sidelines of the Asia-Pacific Economic Cooperation (APEC) summit. It was the first in-person meeting between the leaders of the world’s second- and third-largest economies in almost three years.

Asia-Pacific not an arena for ‘big-power rivalry,’ Xi tells APEC

China’s economy has grown too slowly this year and is not in an appropriate range, Yang Weimin, a member of the country’s top political consultative body, told the 13th Caixin Summit, highlighting the importance of striking a balance between development and regulation as well as economic expansion and noneconomic targets.

“The greatest risk in economic development these days is the too slow growth rate,” Yang said Friday in a video speech to a panel audience in Beijing.

High-quality development should balance quality and quantity, said Yang, a deputy director of the economic committee of the national committee of the Chinese People’s Political Consultative Conference (CPPCC).

Tencent Holdings Ltd. won approval for its first new major game title in more than a year as China’s gaming market has started to shrink.

Tencent’s mobile game Metal Slug: Awakening was among 70 titles approved for November by the National Press and Publication Administration, the latest batch of licenses granted since the media regulator resumed issuing approvals in April.

China’s energy supply, especially electricity, “was more vulnerable than we had imagined,” Zhou told the 13th Caixin Summit via video link Thursday, referring to the power crunch that rippled from factories to homes across the world’s second-largest economy.

Fujian-based luxury villa developer Tahoe has been struggling with a debt crisis since 2019 and defaulted on billions of dollars of bonds. On March 16, the company said in a statement that Huang was assisting investigators, without elaboration.