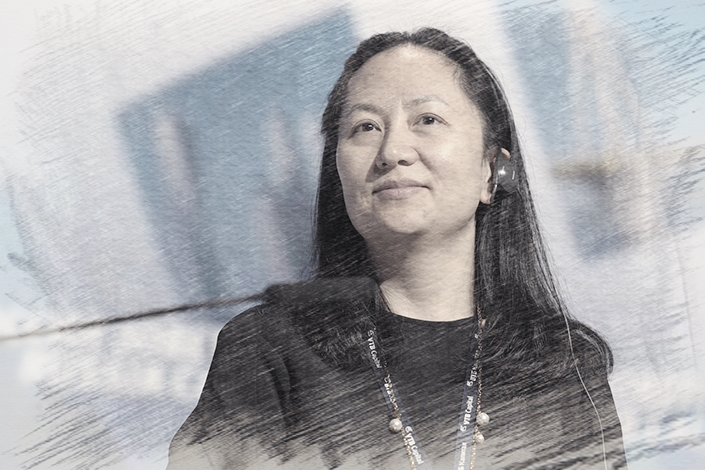 Meng Wanzhou (孟晚舟), the chief financial officer (CFO) of Chinese telecom equipment-maker Huawei Technologies, was arrested in Canada and is being sought for extradition to the U.S. Meng is also the daughter of Huawei founder, and ex-People’s Liberation Army officer, Ren Zhengfei (任正非).

Local media reports say she’s alleged to have violated U.S. trade sanctions against Iran. Similar allegations led to the last big fallout between the U.S. government and a Chinese tech company, although that time it was the much less prominent ZTE. Liang Hua (梁华), also known as Howard Liang, the company’s chairman, has been appointed acting CFO.

Meng’s arrest rocked markets and elicited an outraged response from Beijing. It may have jeopardized the fragile temporary trade war truce hashed out between the U.S. and China last week. Here’s the full story from Caixin, plus more on:

● Meng’s links to another firm that tried to break U.S. sanctions on Iran

● The growing suspicion of Huawei’s tech in other countries, most recently in the U.K. and Japan

● The impact on Huawei’s suppliers in the U.S.

Wang became president of the group in October. He first joined it in April as a board member and vice party secretary, after spending 30 years within China National Petroleum Corp., the country’s No. 2 oil giant and parent company of Hong Kong-listed PetroChina Co. Ltd.

Ho, who once led the Hong Kong Home Affairs Bureau, hid millions of dollars in cash in gift boxes to help secure oil prospecting rights for the company, in his role as the head of a non-governmental organization funded by CEFC.

Ye Jianming (叶简明), CEFC’s former chairman, was placed under investigation in March. Since then, CEFC has missed payments on billions of yuan of debt and has seen its deal to take a $9.1 billion stake in Russian oil major Rosneft fall apart.

Shoucheng Zhang (张首晟), an award-winning professor of physics at Stanford University, died Dec. 1. He was 55. His family said he had been fighting a battle with depression.

A Shanghai-born U.S. citizen, Zhang received numerous international awards for his breakthroughs in physics. He also served as an independent non-executive director at Lenovo Group and at Meitu, and was founding chairman of Danhua Capital, a Silicon Valley-based venture capital fund that invests in early stage tech startups.

Yulon mostly produces cars under license from Japan’s Nissan Motor, but also makes its own models. The company entered the Chinese mainland in 2011 through a joint venture with Dongfeng Motor Group.