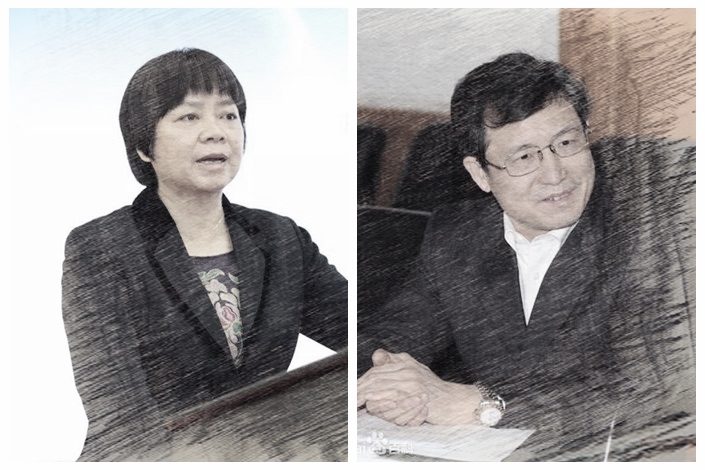 Bean-counting bureaucrats move up the pole: There’s a flurry of moves going on among the large number of accountants employed by China’s government, following last autumn’s shifts among the securities regulators.

· Jia Wenqin (贾文勤), who is both chief accountant at the China Securities Regulatory Commission (CSRC) and head of its accounting department, is likely leaving to head the CSRC’s branch office in Beijing municipality.

·She’ll probably be replaced by two people, although they’ll work closely together — the new chief accountant will likely be one Chen Yugui (陈毓圭), while Wang Zongcheng (王宗成) will take over at the top of the accounting department.

· Chen is currently the secretary-general of the Chinese Institute of Certified Public Accountants, which oversees the industry as a whole.

· Wang is currently boss of the securities watchdog in Zhejiang, a wealthy province on China’s east coast next to Shanghai. He’ll be replaced by Tian Xiangyang (田向阳).

Musk leaves an impression: Elon Musk, the CEO of electric-car maker Tesla Inc., visited Beijing this week after Tesla broke ground for its $5 billion factory in Shanghai. The project is China’s first wholly foreign-owned electric auto project. Musk met China’s Premier Li Keqiang (李克强) and reportedly went to a hot pot restaurant. There's weighty expectation for the venture, which comes as China's car sales have started to wobble for the first time in decades. Li told Musk he hoped Tesla would become “a promoter of the stability of Chinese-U.S. relations.”

Xiaomi's budget boss: Lu Weibing (卢伟冰) will be the new head of Xiaomi Corp.'s budget Redmi brand, which will be spun off as the world's fourth largest smartphone-maker tries to cope with slowing sales and plunging stock. The spin off could be about helping Xiaomi shake off its image as a low-end brand — the cheap and cheerful Redmi range currently accounts for a big majority of its sales. Lu will also be a vice president of Xiaomi.

Jack Ma: Alibaba founder Jack Ma (马云) is no longer a shareholder of Taobao's corporate entity, according to company records. Ma, who announced his impending retirement last year, was previously one of only two shareholders in China’s biggest online retail platform, which is now controlled entirely by a single corporation owned by five other members of Alibaba’s current management team. Alibaba acknowledged the changes to company records in an official statement Monday, but also announced later that day that Ma had “never transferred or given up his Taobao stake, nor is he planning to do so.”

Busy retirements: Former Thai Prime Minister Yingluck Shinawatra, who fled Bangkok after a corruption trial in 2017, is now working as the chairwoman of a Guangdong-based port operator, sources at Shantou International Container Terminals Ltd. confirmed to Caixin. But that's not the company’s only odd political connection.

Sun Bo (孙波), former general manager of state-owned China Shipbuilding Industry Corp. (CSIC), was arrested on criminal charges of bribery and abuse of power. He was expelled from the Communist Party of China and stripped of all public positions in mid-December.

CSIC is the company realizing China’s aircraft carrier ambitions, having rebuilt its first carrier from a Soviet-built vessel, and also constructed its first domestically built carrier. Sun became general manager in March 2015, and is also being investigated for leaking military secrets, according to the South China Morning Post.