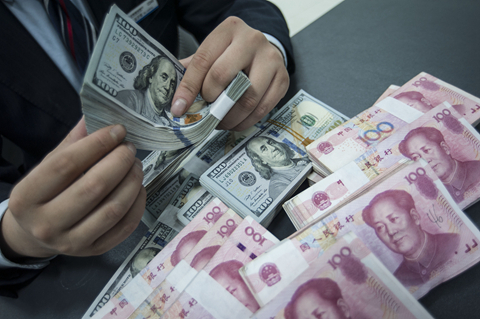 China’s central bank is studying whether to scrap official benchmark lending rates as the country moves into the last lap in its long-running effort to liberalize interest rates, People’s Bank of China Governor Yi Gang said this month.

“The lending rate has actually been liberalized, but there is still room to explore further reform such as stopping the release of benchmark lending rates,” Yi said May 18 at a forum in Beijing, according to an article published Tuesday by the official Securities Journal. He also expressed confidence in the stability of the yuan despite recent downward pressure on the currency.

The central banker’s comment was the latest signal that China is gearing up to make interest rates more market-oriented. The country has been moving in that direction since 1996, but a two-track system remains. One track involves interest rates set largely by the market, such as the seven-day interbank pledged repo rate. The other track refers to benchmark deposit and lending interest rates, which are set by the central bank.

Current policy rates, the central bank’s monetary policy tool that affects borrowing costs across the economy including rates for mortgages and car loans, haven’t changed in years. They have held at 4.35% for one-year loans and 1.5% for one-year deposits since October 2015 as the PBOC has shifted its approach to trying to guide rates through open-market operations. Although these are reference rates that are no longer compulsory, they continue to loom large in the minds of borrowers and some banks.

The merger of the two interest rate tracks sits at the core of China’s interest rate liberalization, which in turn is one of the key reforms to the country’s financial sector.

Analysts see a buildup of momentum for reform this year. In its latest quarterly report published earlier this month, the PBOC said combining benchmark and market-based lending rates would allow commercial banks to price loans on their own, with lower rates for lower-risk companies and vice versa. This could help enhance market competition.

Economists interviewed by Caixin said they think the central bank’s first move to unify the interest-rate tracks will focus on lending rates rather than deposit rates in consideration of possible market reactions. Unifying benchmark and market-based deposit rates could lead to fiercer competition among banks seeking deposits, in turn forcing them to raise rates on loans to companies, which would move counter to government efforts to lower borrowing costs amid slowing economic growth, they said.

China’s current benchmark interest rates for loans and deposits are appropriate Yi said, and the benchmark deposit rate will remain in place for a while.

“Further studies should also be conducted on the trend of lending rates and how to deal with existing loan contracts,” the central bank governor said.

At the same event, Yi said he’s “confident” the yuan will stay basically stable at a reasonable and equilibrium level, as many factors favor a stable currency.

The yield spread between U.S. and Chinese 10-year sovereign bonds was “still in a relatively comfortable range” and the case for the Federal Reserve to raise interest rates was smaller, the governor said.

The Chinese currency faces greater volatility and increasing downward pressure amid the escalating trade tensions between China and the U.S. The onshore yuan broke the psychologically important 6.9 yuan per dollar level May 17, fueling concerns that it may weaken further to near the critical 7 yuan per dollar level.

The onshore yuan traded at 6.9118 per dollar Tuesday afternoon, while the offshore yuan fell to 6.9281.

Senior financial officials have repeatedly defended the yuan. During the weekend, Guo Shuqing, China’s top banking regulator and the PBOC’s party secretary, said the fluctuation of the yuan is a normal response to market sentiments amid the trade conflict. Guo warned speculators that shorting the yuan could lead to huge losses and said the economy’s fundamentals mean that it won’t depreciate in the long term.