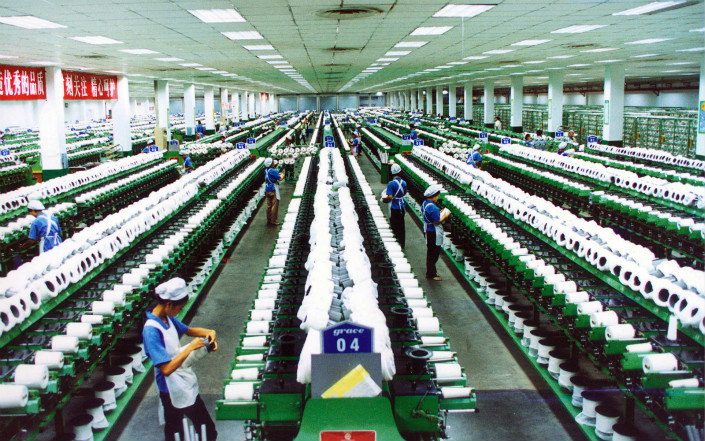 A silk factory belonging to the Yibin Grace Group in the city of Yibin. Photo: VCG

The merger, announced on Monday (link in Chinese) by the State-owned Assets Supervision and Administration Commission (SASAC) of the State Council, involves a gratuitous transfer of China Silk’s equities to Poly Group. Transferring equities in exchange for no payment is a common practice among China’s state-owned companies, because of its speed and low cost.

After the merger, China Silk will no longer be directly managed by the central government, SASAC said.

Founded in 1992, China Poly, which has an extensive property development portfolio, also controls textile-related subsidiaries that could absorb China Silk’s existing businesses. The conglomerate booked an annual profit of 40 billion yuan ($5.8 billion) in 2018.

China Silk was founded in 1946, and had controlled or owned 36 companies at the end of 2016. It has assets of 5.2 billion yuan, and debt of nearly 5.1 billion yuan. The company has a previous relationship with China Poly, which has acted as a trustee for China Silk since 2017. A number of officials from the China Poly have taken key positions at China Silk, and in 2017 the former also guaranteed 1 billion yuan in loans for the latter.