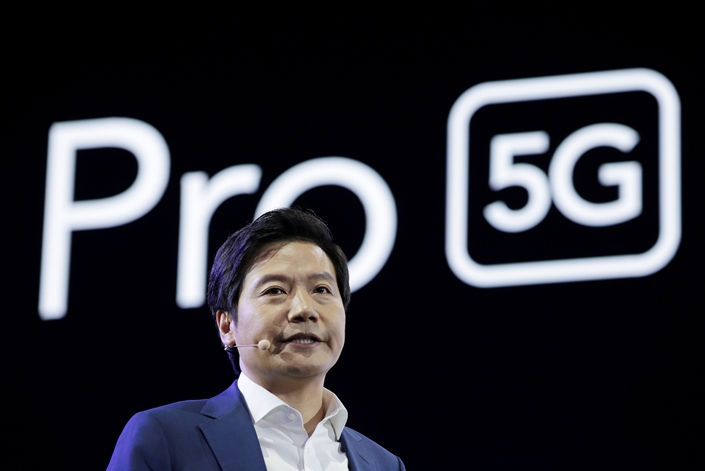 Xiaomi Corp., the world’s fourth-largest smartphone brand, will launch 10 5G-enabled phones next year, Lei Jun, the founder and CEO of Xiaomi, said at the 6th World Internet Conference in eastern Chinese town of Wuzhen on Sunday.

In hopes of boosting sluggish sales, Xiaomi will roll out 5G phones across low-, middle- and high-end price tiers next year. The move follows interest from consumers in the next-generation technology that can transmit data 10 times faster than most current 4G networks.

The move follows the popularity of Xiaomi’s first 5G phone, which launched last month. Demand for the Xiaomi Mi 9 Pro, with a Qualcomm Snapdragon 855+ processor and comparatively large 6.39-inch display, exceeded expectations and led to a supply shortage, Lei claimed.

Xiaomi is not alone among Chinese handset-makers facing headwinds from sluggish sales in the world’s largest smartphone market. China’s overall smartphone sales — mostly contributed by 4G phones — dropped 6% in the second quarter this year, according to industry data tracker IDC.

Lei said industry insiders were “worried 4G phones simply won’t sell next year, so this is a step we had no choice but to take.”

Xiaomi's shares have performed poorly since the company had its IPO in Hong Kong more than a year ago, with the company dogged by stiff competition in the global smartphone market.

On its home turf Xiaomi’s grasp on the domestic market slipped to 11.9% in the second quarter, an annual drop of 19%, according to IDC. This was at least partly due to the company’s largest local rival, Huawei Technologies Co. Ltd., getting a sales boost on the back of a nationalistic consumer response to the U.S. adding it to an export blacklist in May.