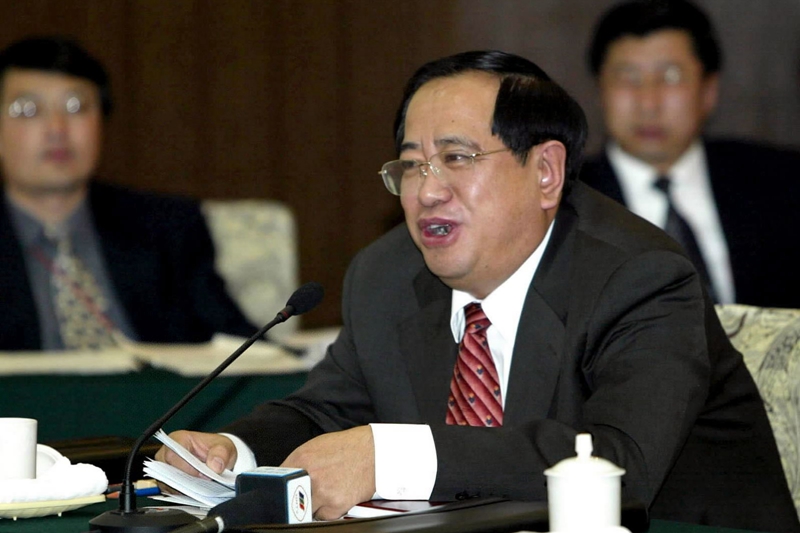 Shockwaves from the corruption-driven downfall last year of Xing Yun are still reverberating through officialdom in Northern China’s resources-rich Inner Mongolia Autonomous Region, with a sweeping anti-graft crackdown continuing to add names to a growing list of dirty officials.

In August, Xing pleaded guilty to accepting bribes worth 449 million yuan ($64 million) in a court in Dalian, Liaoning province. But rather than concluding the investigation, the confession seemed to only mark the beginning.

More than a dozen senior leaders in Inner Mongolia have either been probed or turned themselves in. Some have committed suicide. The turmoil traces back to 67-year-old Xing, a dominant figure who in a decades-long career in the region’s government spun a complex web of graft sprawling across Inner Mongolia’s government, businesses and criminal gangs. Even the anecdotes circulating in Inner Mongolia paint conflicting portraits of Xing Yun.

China said it will raise penalties on violations of intellectual property rights in an attempt to address one of the sticking points in trade talks with the U.S.

The country will also look into lowering the thresholds for criminal punishments for those who steal IP, according to guidelines issued by the government Sunday. It didn’t elaborate on what such moves might entail. China said it’s aiming to reduce frequent IP violations by 2022 and plans to make it easier for victims of transgressions to receive compensation.

Everbright Securities Co. Ltd. chose the chairman of China Minsheng Investment Capital Co. Ltd. to be its next president, we've learned, as the state-owned enterprise continues to fill positions vacated during a purge of top management this year.

The choice of Liu Qiuming is Everbright Securities’ latest move to recover from the fallout from its botched takeover of a British media company, which left it with a number of leadership vacancies and multiple ongoing legal battles with its former investment partners. Liu is now both chairman and president of China Minsheng Investment Capital, a subsidiary of the privately owned China Minsheng Investment Group Corp. Ltd.

China’s central bank told businesses involved with cryptocurrencies to correct any improper actions and warned investors to be wary of virtual currencies.

Speculation over cryptocurrencies has revived following the recent promotion of blockchain technology, the Shanghai Bureau of the People’s Bank of China said Friday in a statement on its website. “Problematic firms” that have conducted publicity campaigns or have offered other services to offshore crypto exchanges were ordered to take immediate corrective action or exit the business, the bureau said, adding it will continue to regulate the industry.

The world’s factory, on film

The country’s stock of breeding sows rose 0.6% in October from the previous month, the first growth since April 2018, Yang Zhenhai, chief of the animal husbandry and veterinary medicine bureau under China’s Ministry of Agriculture and Rural Affairs, said Friday at a news conference. At the same time, the overall stock of pigs fell 0.6% month-on-month in October, slowing from declines of 3% in September and 9.8% in August, Yang said.

Industrial 5G is latest ingredient in 'Made in China 2025'

Amid a steady stream of government directives aimed at overhauling the country’s manufacturing by mid-decade, the Ministry of Industry and Information Technology (MIIT) outlined steps for local governments to develop 5G-based “industrial internet,” such as by using next-generation local area networks (LANs).

The announcement follows a blueprint released earlier this month by the National Development and Reform Commission, the country’s economic planner, which called for the integration of China’s services and manufacturing sectors, as well as the strengthening of the country's “leading industrial enterprises.” By 2022, the MIIT wants to see at least 20 large-scale, replicable scenarios where 5G industrial LANs are applied and 10 “key industries” for adoption of such technology among other market changes, it said in a statement.

The U.S. Federal Communications Commission (FCC) voted unanimously to prohibit the country’s telecom carriers from using a government fund to buy products and services from Huawei and ZTE on the grounds that the two Chinese companies pose a national security threat, it said Friday in a statement.

The FCC also proposed asking carriers that receive money from the $8.5 billion Universal Service Fund (USF) to remove and replace Huawei and ZTE equipment from their existing wireless networks. Huawei slammed the designation as “unlawful” and urged the FCC to rethink its decision. The two companies will have 30 days to appeal the designation, and an order compelling removal of equipment will not be finalized until next year at the earliest, Reuters reported.

Mengniu will pick up Lion’s milk, yogurt and juice products, while Kirin will keep Lion’s beer, wine and spirits business, the companies said Monday in a statement. The deal is expected to close in the first half of 2020, they said.