CX Daily: The Rise of China’s Consumer Inflation is Accelerating 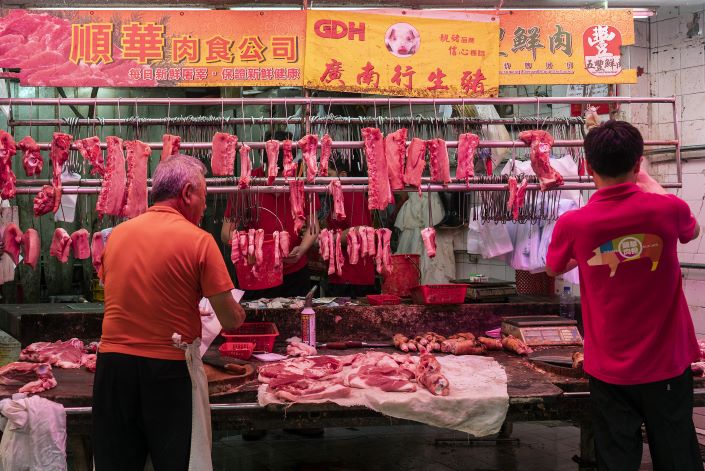 The consumer price index (CPI) rose 4.5% YOY in November, faster than October’s 3.8% growth, according to data released by the National Bureau of Statistics (NBS). Inflation hadn't been this high since January 2012, and the CPI rise topped the median estimate of 4.4% in our survey of economists.

The China Securities Regulatory Commission (CSRC) has made clear it aims to ease the rules in the derivatives market and increase offerings, making it more accessible and attractive to foreign investors and helping the market for A-shares to mature, a person close to the regulator said.

Check out our overview of recent measures.

“You can lead a horse to water, but you can’t make it drink” is how economist Zhong Zhengsheng describes the predicament facing China’s central bank as it tries to push the country’s banks to cut interest rates and increase lending to bolster flagging economic growth.

Much of the banking industry has been reluctant and slow to respond to its years of encouragement for commercial lenders to hand out more credit and reduce the cost of borrowing for companies. Zhong, director of macroeconomic analysis at CEBM Group Ltd., an affiliate of Caixin Global, said sluggish borrowing demand, banks’ declining profit growth and their unwillingness to cut loan rates are all barriers to the effectiveness of monetary policy.

Private Chinese companies get no relief in bond market

Following a series of rate cuts by China’s central bank, the corporate bond market has been cheered by declining yields, but only SOEs seem to have benefited from lower borrowing costs while private companies are still struggling.

State-owned lender Postal Savings Bank of China Co. Ltd. debuted Tuesday on the Shanghai Stock Exchange in the largest IPO on the A-share market since 2010.

British companies in China much less optimistic than last year

British businesses’ optimism has declined significantly since last year, according to a British Chamber of Commerce in China report released Tuesday, citing economic uncertainty and regulatory challenges in the Chinese market.

The top regulatory challenges this year were related to cybersecurity, corporate finances and equal treatment with state-owned companies, the survey found. Only 35% of British businesses believed they were treated equally with their domestic counterparts. The survey’s 249 respondents reported an overall positive response to the Chinese government’s efforts to cut red tape and improve intellectual property protections.

Car sales in China declined again in November, extending a historic slump and all but ensuring a second straight annual drop for the world’s biggest auto market.

Sales of sedans, sport utility vehicles, minivans and multipurpose vehicles fell 4.2% from a year earlier to 1.97 million units, the China Passenger Car Association said Monday. The decline was the 17th in the past 18 months, with the only increase coming last June as dealers offered large discounts to clear inventory.

JD.com Inc. Chairman Richard Liu held on to control of at least two key subsidiaries of the e-commerce giant, even as he spent the last few weeks giving up leadership positions on paper.

Liu’s retention of control suggests that key-man risks persist for JD.com, despite his announcement last year that he would loosen his grip on the company. Liu’s arrest on suspicion of rape in 2018 raised concerns that he held too much power under JD’s concentrated structure. Liu has quietly stepped down from top jobs at multiple JD.com subsidiaries over the past few weeks, including the company’s logistics, cloud computing, and health-care units, changes in business registry records show.

Tencent teams up with tech firms to build satellite network

Xiaomi takes on Apple in Japan with 108-megapixel budget smartphone