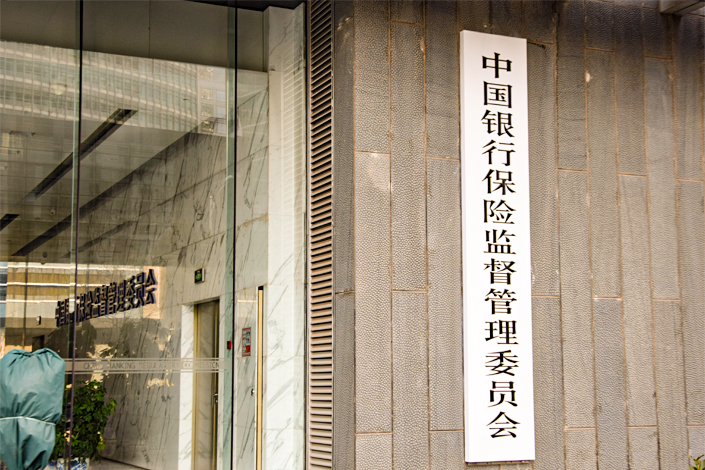 China’s banking and insurance regulator is considering allowing smaller banks to sell perpetual bonds to insurance companies, as part of efforts to help them replenish capital and contain financial risk.

The regulator is considering either adjusting or removing the minimum size limit for banks to sell perpetual bonds to insurance companies, a China Banking and Insurance Regulatory Commission (CBIRC) official said at a press briefing on Friday. Currently, insurance companies are only allowed to buy perpetual bonds issued by banks with more than 1 trillion yuan ($142.6 billion) of total assets, among other requirements, according to a January CBIRC document (link in Chinese). There were fewer than 30 such banks at the end of last year, according to data compiled by the China Banking Association, an industry group.

Policymakers began encouraging banks to use perpetual bonds to replenish their funds and meet minimum capital adequacy ratios at the end of last year, allowing the first issuance in January this year. The tool has been under discussion for years, but was rolled out this year as banks have come under increasing funding pressure in response to new regulations requiring them to move off-balance sheet assets onto their books in the ongoing campaign against illicit “shadow banking.”

Perpetual bonds are a security with no fixed maturity, so issuers can choose to pay interest indefinitely. Banks can sell them to replenish their core Tier 1 capital, as accounting regulations allow them to be treated as equity rather than liabilities on balance sheets, and they are commonly used around the world for this purpose.

Since January, the CBIRC has allowed (link in Chinese) insurers to buy perpetual and standard bonds issued by commercial banks to replenish their Tier 2 capital, or supplementary capital, in a bid to “serve the real economy, contain financial risks, and help insurers diversify their investment portfolios.” The CBIRC encourages insurers to invest in commercial bank bonds, to help banks expand lending as part of state efforts to increase businesses’ access to credit and shore up the flagging economy.

However, insurance companies have only been allowed to buy perpetual bonds issued by banks that meet the 1 trillion yuan asset minimum, hold net assets of at least 50 billion yuan, and have a core Tier 1 capital adequacy ratio of at least 8%. As of end September, insurance companies held 102.1 billion yuan of commercial bank perpetual bonds and Tier 2 capital bonds, according to the CBIRC official.

As of end September, nine banks had issued 455 billion yuan of perpetual bonds, with another 17 banks planning to issue 470 billion yuan, according to the central bank’s third quarter monetary policy report (link in Chinese). While most of those were issued by large national banks, small and midsize banks have now also started to replenish capital by issuing perpetual bonds. Last month, Bank of Taizhou Co. Ltd. issued a perpetual bond worth 1.6 billion yuan, the first city commercial bank to do so.

People’s Bank of China Governor Yi Gang said in a recent article (link in Chinese) that perpetual bond issuance has eased the pressure on credit shrinking.