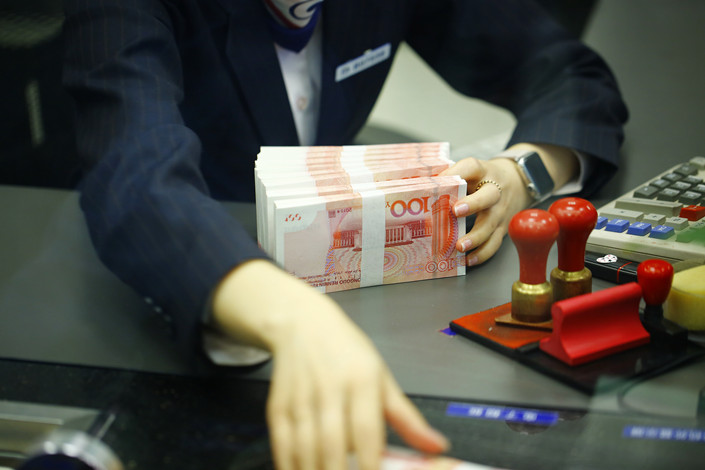 The Ministry of Finance has encouraged local governments to adjust their budgets.

Several local governments collected less revenue than planned in 2019, illustrating the pressure they are facing as an economic slowdown coupled with tax and fee cuts continues to curtail fiscal revenue.

Shanghai municipality, East China’s Shandong province and the northeastern province of Liaoning all missed their revenue targets in 2019, the governments announced this week. They collected 0.8%, 0.6% and 1.4% more revenue than the previous year respectively, despite setting targets for growth of 5%, 5% and 6.5% at the beginning of the year.

Among the figures are the slowest fiscal revenue growth rates Shanghai and Shandong have seen since the country’s tax system was overhauled in 1994, according to Caixin calculations based on data from the National Bureau of Statistics, and Liaoning’s slowest growth rate since fiscal revenue declined in 2015.

Shandong and Shanghai are both wealthy regions. In 2018, Shandong’s and Shanghai’s GDP ranked third and 11th respectively among 31 provincial-level regions on the Chinese mainland, while Liaoning came in 14th, official data show.

In 2019, China’s central government cut income tax value-added taxes, as well as other taxes, and reduced the premium firms pay for staff pension insurance. From January to October, the state reduced tax and fee burdens by 1.97 trillion yuan, and cuts for the whole year are likely to have surpassed 2 trillion yuan, China’s Minister of Finance Liu Kun said last week. Liu predicts the move boosted GDP growth by 0.8 percentage points in 2019, but acknowledged that it has put significant pressure on fiscal revenue in some places.

The Ministry of Finance has encouraged local governments to adjust their budgets in suit, and some provinces have reduced their revenue targets. The southwestern municipality of Chongqing, for example, cut its 2019 tax revenue growth target to around 4% from 7%, while the central province of Hubei reduced its annual fiscal revenue growth target to around 1.5% from 8%.

Some local governments have been scrambling to supplement their coffers with other revenue sources, such as selling state-owned assets and creaming off more profits from state-owned enterprises.

Altogether, Chinese local governments’ combined fiscal revenue rose 3% year-on-year in the first 11 months of 2019, down from 6.9% growth over the same period of the year before; central and local governments’ tax revenue grew only 0.5% year-on-year in 2019, down substantially from 9.5% growth over the same period in 2018, according to figures (link in Chinese) from the finance ministry.

China’s economic growth in the first three quarters of 2019 slipped to a near three-decade low of 6.2% year-on-year, down from 6.6% growth for the whole of 2018, as domestic and global demand weakened amid a trade war with the U.S.