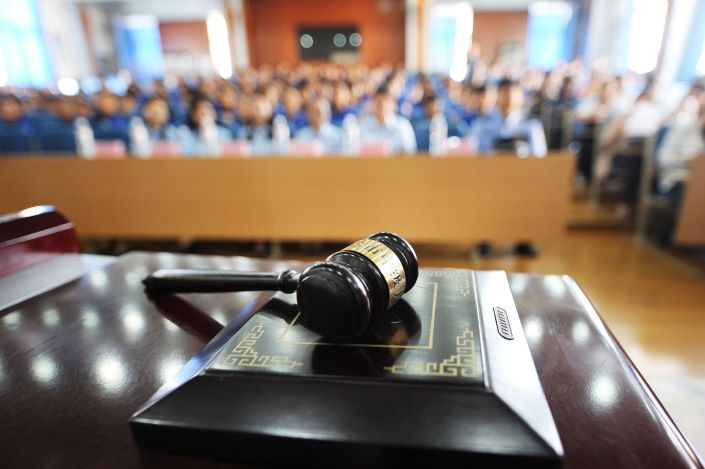 China is making major revisions to its antitrust law for the first time in more than 11 years to give it more teeth while reining in the dominance of the country’s internet goliaths.

A draft revision of China’s Anti-Monopoly Law, released last week by the State Administration for Market Regulation, expands on criteria used to judge a company’s control of a market and mentions internet companies for the first time. The draft revision also increases the potential financial punishments for lawbreakers by as much as a hundred-fold. It marks a dramatic shift from the current version of the law, implemented in 2008, prior to the boom of China's internet sector.

China will not increase its annual global import quotas for certain grains due to a phase one trade deal with the U.S., a senior Chinese agriculture official told us Saturday.

China’s promise to expand imports of American agriculture products as part of the phase one China-U.S. trade deal has sparked speculation that the nation may adjust or cancel its global quota for corn to meet a target for imports from the U.S. Han Jun, a member of the Sino-U.S. trade negotiation team and vice minister of agriculture and rural affairs, denied those suspicions at a conference in Beijing, saying: “They are quotas for the whole world. We will not change them just for one country.”

While no names were released by MAS, several consortia have gone public with their bids since applications closed at the end of 2019. They include a Grab-Singtel tie-up, one led by gaming company Razer, and a group led by Osim founder Ron Sim's V3 Group which includes Chinese billionaire Jack Ma’s Ant Financial. The latest consortium to enter the race confirmed its bid for a wholesale bank license Tuesday. Led by Hong Kong financial services provider AMTD Group, it includes Chinese tech company Xiaomi’s finance arm.

China should not build any new coal-fired power plants as part of efforts to meet its long-term climate pledges with relatively small economic impact, according to a new study. The work published Monday was prepared by the University of Maryland Center for Global Sustainability, the Energy Research Institute of the National Development and Reform Commission, and North China Electric Power University.

Rapidly shuttering inefficient plants and using coal primarily as a supplementary energy source would also help achieve a phaseout of coal by 2050, in line with China’s goals under the Paris Agreement, the study found. That agreement aims to keep global warming well below 2 degrees Celsius above pre-industrial levels, and shoot for a target of 1.5 C.

China’s central bank finally bestowed some good news on the third-party payment industry after a two-year campaign to tighten oversight of the booming sector as part of a broader initiative to combat fraud and curb financial risk.

The People’s Bank of China (PBOC) decided to pay interest on trillions of yuan of customers’ money that payment companies are required to deposit into accounts managed by the central bank, we learned, backtracking on a "no interest" policy imposed in 2017 when providers were first ordered to move the funds out of interest-bearing accounts with commercial banks. The rate amounts to only an annual 0.35%, but it’s some compensation for payment providers.

Tencent, which runs the ubiquitous messaging app WeChat, agreed to work with UnionPay to integrate the QR code systems in their mobile payment platforms, we learned. Tencent and UnionPay, which runs the country’s bank card monopoly, have begun testing the integrated QR code system on Android devices in Fuzhou, East China’s Fujian province, sources familiar with the matter confirmed.

Bitmain Technologies Ltd. named a new head of its artificial intelligence (AI) business, filling a role that remained vacant for months following a high-profile internal power struggle in which one of the company's founders return from exile to oust the other.

Beijing-based Bitmain, the largest maker of equipment to mine digital coins, said last week that Wang Jun, the former chief of its software research department, was named CEO of the AI department, a newly created position.

Megvii, which was among several Chinese companies blacklisted by the U.S. in October over alleged involvement in human rights violations against Muslim minorities in China, postponed its IPO after the Hong Kong Stock Exchange asked the startup to provide more information in November. A timetable for the deal has yet to be put in place, and sources said the company would file an updated prospectus after the Chinese New Year holidays, which start Jan. 25, Reuters reported.

China’s largest offshore wind turbine maker is planning to go public on the country’s STAR Market, according to a filing released Tuesdayu by its parent company Shanghai Electric.