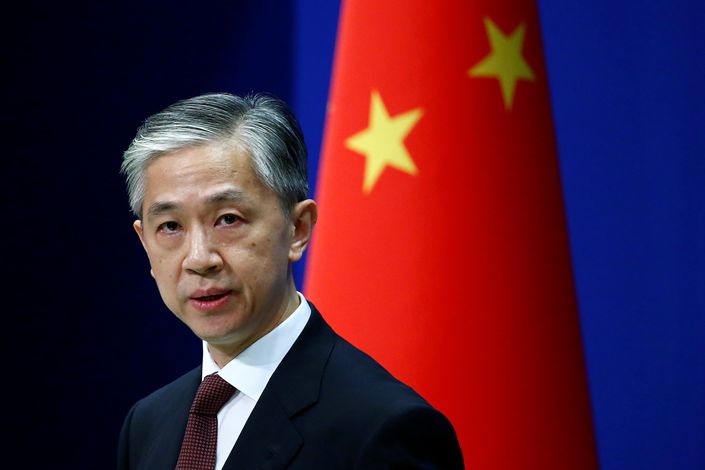 China’s foreign ministry has announced that it had suspended Hong Kong’s extradition and mutual legal assistance treaties with Britain, Australia and Canada.

The three countries along with New Zealand all stopped extraditions to Hong Kong since early July, citing concerns over Beijing’s sweeping national security law for the territory.

Hong Kong legislator and former Secretary for Security Regina Ip Lau Suk-yee told Caixin Tuesday that Beijing’s order to suspend crime-related assistance agreements was a strong countermeasure and would deal a heavy blow to the West.

Index provider MSCI Inc. said it will launch a series of thematic indexes based on China’s A-share market within one year.

"The Chinese government is therefore likely to face a dilemma in the second half of this year," writes Yu Yongding, a former president of the China Society of World Economics and director of the Institute of World Economics and Politics at the Chinese Academy of Social Sciences, in a commentary. "If it loosens fiscal policy, public finances will worsen significantly. But if it cuts expenditure to offset the revenue shortfall, growth will be lower, with dire consequences."

"In my view, China should be firm in adopting an expansionary fiscal policy aimed at accelerating economic growth," Yu writes. "The government should issue more bonds to finance additional infrastructure investment, and the People’s Bank of China should adopt various policy measures to facilitate this, including quantitative easing (QE) if necessary."

Financial regulators stepped in with enforcement actions against Sichuan Trust Co. Ltd. as the troubled trust company failed to obtain capital support from major shareholders to resolve a repayment crisis involving $3.6 billion of investments that has dragged on since May.

The Sichuan branch of the China Banking and Insurance Regulatory Commission (CBIRC) ordered Sichuan Trust to suspend repayments of some trust products, affecting both institutional and individual investors, Caixin learned from sources close to the matter.

The CBIRC branch in southwest China’s Sichuan province confirmed last week that it took enforcement measures against Sichuan Trust as the company violated industry rules, putting investors’ interests at risk. It was the first time regulators formally addressed the violations of the mid-sized trust company since its credit crisis came to light in May.

Arm China called on the Chinese government to step in and “protect” the chip designer from its parent, Softbank-controlled British chip designer Arm Ltd., adding an explicitly political dimension to the ongoing dispute between the two companies.

In a statement released Tuesday and signed by more than 200 employees, Arm China said it “is a Chinese-controlled joint venture that should abide by the Chinese laws and fulfill the social responsibility in China. We plead with the government to pay attention to the turbulence Arm China is facing now and intervene to protect this strategic asset.” The statement was posted on the company’s official WeChat account.

Japan’s ruling party will urge the government to restrict the use of Chinese-developed apps like TikTok and better protect sensitive information, aiming to ensure that the country can keep working closely with the U.S. on security matters.

Members of Prime Minister Shinzo Abe’s Liberal Democratic Party met with experts Tuesday to start discussing new recommendations that could be proposed as early as August. The move forms part of a broader push in the LDP for tighter controls on the handling of sensitive information. Japan’s debate on TikTok comes amid growing concerns that this app and others are being used to collect personal data for the Chinese government. TikTok is believed to have more than 10 million users in Japan, many of them younger people.

U.S. senators worry TikTok could be used to interfere in elections

Luxury goods companies' profits dived across the board in the first half of 2020 as people avoided extravagances and stayed inside during the coronavirus pandemic — but it wasn’t bad news everywhere, with the China market providing a glimmer of hope.

French luxury multinational LVMH Moet Hennessy Louis Vuitton SE's profits plunged 28% in the first half. But LVMH highlighted a strong rebound in the China market and Asia more broadly in a reversal of the trend elsewhere. Chinese consumers on both online and offline luxury shopping sprees were a bright spot, with leading luxury brands recording an uptick in what analysts call “revenge shopping” as shoppers started stepping into malls again and splurging as they emerged from quarantine.

The company is at the center of a major restructuring of China’s energy sector. What is PipeChina? What is the underlying strategy? How far along is the plan? Why is PipeChina paying a premium for the assets? Here are five things you need to know about PipeChina and the country’s changing energy landscape.

Conglomerate Sanpower has a plan to deal with $9.3 billion in debt