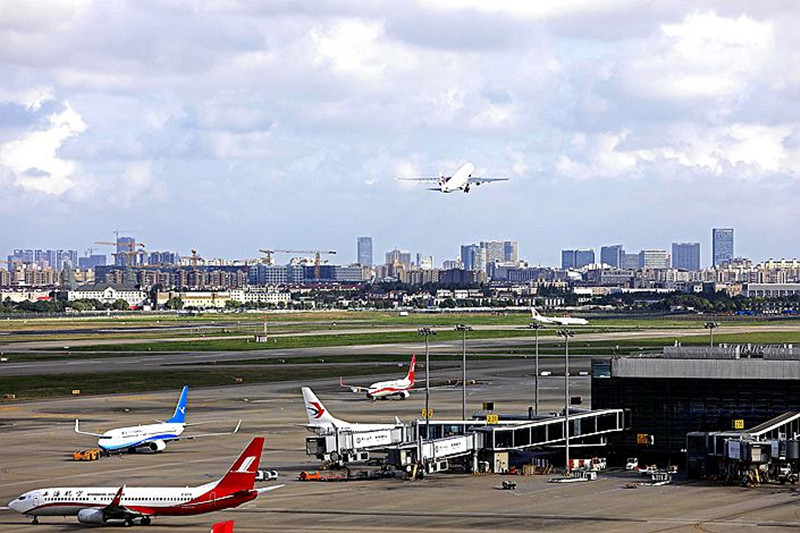 The American Chamber of Commerce in China is set to schedule a charter flight to bring members and employees of member companies from San Francisco to Beijing Sept. 12, according to a statement. The plan received preliminary approval from the Beijing government.

China and the United States agreed to double flights between the world’s two largest economies, which have been dramatically reduced amid the Covid-19 pandemic. The U.S. Transportation Department issued an order Tuesday allowing four Chinese airlines to run eight round-trips per week.

To reserve a place on the AmCham China charter flight, members must hold a valid re-entry visa or invitation letter from the Beijing government. Family members will also be permitted to travel with them, but all passengers must produce a negative nucleic acid test for Covid-19 result to board the flight.

U.S. President Donald Trump said he called off last weekend’s trade talks with China, raising questions about the future of a trade deal that is now the most stable point in an increasingly tense relationship.

“I canceled talks with China,” Trump said Tuesday in Yuma, Arizona. “I don’t want to talk to China right now.” The phase one trade deal, which came into force in February, called for discussions on implementation of the agreement every six months. Chinese Vice Premier Liu He was supposed to hold a video conference call with U.S. Trade Representative Robert Lighthizer and Treasury Secretary Steven Mnuchin, but it was postponed indefinitely.

On Wednesday, Chinese Foreign Ministry spokesman Zhao Lijian deferred comment to the “competent department” when asked about Trump’s remarks on the trade talks.

The credits will be medium to long-term loans, in principle for no more than 20 years. The banks will extend the loans at discount interest rates based on prime rates.

China’s highest court issued guidance on how criminal activity related to the new registration-based IPO regimen on Shenzhen’s ChiNext board should be dealt with by the legal system, aiming to ensure consistent and unified rulings and decisions (link in Chinese) across the judiciary.

The measures were released Tuesday by the Supreme People’s Court (SPC) (link in Chinese). It was less than a week before the first batch of companies listing under the new system are set to make their debut on the Nasdaq-style exchange for innovative and fast-growing enterprises. The SPC said it was committed to fully implementing the government’s “zero tolerance” for criminal conduct in the country’s capital markets and that courts had been instructed to ensure severe punishment for securities-related crimes.

Chart of the Day: China cuts U.S. Treasury holdings for the third time this year

China’s U.S. Treasury holdings shrank in June for the third time this year , with the largest sell-off by any country that month amid growing animosity between the two countries.

China cut its holdings of U.S. Treasury bills, bonds and notes by $9.3 billion to $1.07 trillion, according to data released Monday by the U.S. Department of the Treasury. Overtaken by Japan last year, China remained the second-largest foreign holder of U.S. government debt. Japan increased its holdings by $900 million to $1.26 trillion in June, taking the top spot. At the end of June, foreign U.S. Treasury holdings amounted to $7.04 trillion, rising $60.9 billion from a month earlier to a four-month high.

Chinese buy up real estate but hold off on dining out, gambling

Despite U.S. President Donald Trump’s executive order aiming to bar Americans from doing business with TikTok, the short video app has still been able to clinch an agreement with a U.S. company.

ByteDance-owned TikTok reported a partnership with American music distributor UnitedMasters, according to a company statement Monday.

The deal makes UnitedMasters the first music distribution company to be integrated into TikTok, the statement said, and will enable TikTok video creators, who produce music, to distribute their songs to other streaming platforms under the partnership with UnitedMasters. TikTok artists would have to agree for their music to be used by UnitedMasters, but if they do so their music would also come under TikTok’s Commercial Music Library, which means it could be used by other TikTok content creators in their videos.

The U.S. State Department is asking colleges and universities to divest from Chinese holdings in their endowments, warning schools in a letter Tuesday to get ahead of potentially more onerous measures on holding the shares.

“Boards of U.S. university endowments would be prudent to divest from People’s Republic of China firms’ stocks in the likely outcome that enhanced listing standards lead to a wholesale de-listing of PRC firms from U.S. exchanges by the end of next year,” Keith Krach, undersecretary for economic growth, energy and the environment, wrote in the letter addressed to the board of directors of American universities and colleges, and viewed by Bloomberg. “Holding these stocks also runs the high risks associated with PRC companies having to restate financials,” he said.

Five things to know about the new U.S. restrictions on Huawei

The U.S. government made a surprise announcement Monday of new rules that restrict the sale of microchips and other technology to Huawei Technologies Co. Ltd. by practically any chipmaker in the world.

Without vital foreign chips, Huawei, a symbol of China’s rapid technological advancement, now faces the question of whether it can survive. Here are five things to know how the latest U.S. strike against Huawei differs from past ones, and what's next.

The move will affect two of the mainland’s most popular brands, Nasdaq-listed iQiyi Inc. and the video service from internet giant Tencent, which are both currently available on the island and were singled out by name in the Tuesday notice (link in Chinese) from Taiwan’s commerce regulator. The ban will take effect Sept. 3, the notice said. Of the two mainland-based companies, iQiyi was the earlier to arrive in Taiwan. IQiyi was the second-most popular paid membership app in Taiwan last year, according to App Annie.

Trending in China: All work and no play – China complains of long working hours culture