CX Daily: China Pledges to Be Carbon Neutral By 2060 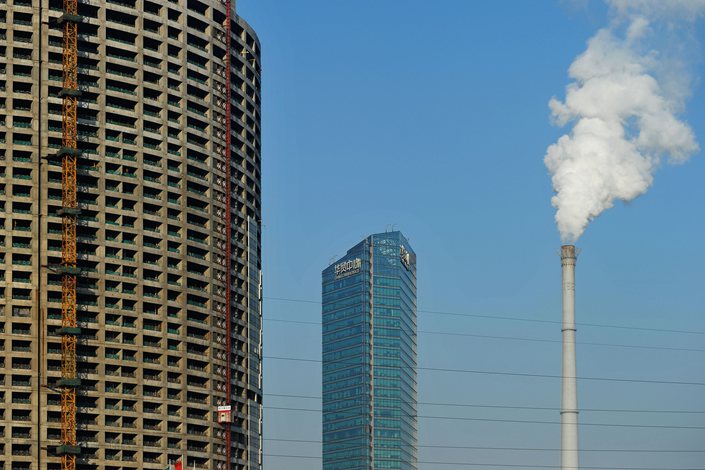 China will be carbon neutral by 2060, President Xi says

China said it will achieve net zero carbon emissions before 2060 in a bold pledge by the world’s largest greenhouse gas emitter to address global warming and climate change.

In a virtual address to the U.N. General Assembly in New York, President Xi Jinping said

China aims to reach peak emissions before 2030 and become “carbon neutral” within the three ensuing decades. He said the Covid-19 pandemic was a reminder of the need for humankind to “launch a green revolution.”

“The human race cannot ignore the warnings of nature over and over again,” he said. The 2015 Paris climate accord was the “minimum” required to protect the environment, Xi said.

China’s government has amassed trillions of yuan in unspent money, handing it fiscal firepower to stimulate an economic recovery that’s already leading the world’s rebound from the Covid-19 shock.

The government is selling a record amount of bonds this year to pay for stimulus, but it’s learning it's hard to find projects that can be started quickly and also generate necessary returns. As a result, the deposits of all levels of government swelled to 4.8 trillion yuan ($710 billion) at the end of August.

“The funds will definitely be used,” said Xing Zhaopeng, an economist at Australia and New Zealand Banking Group Ltd. in Shanghai. He projected that fiscal spending from September to December will accelerate, leading to a net injection of about 2 trillion yuan into the economy and financial markets.

The contribution of high value-added industries such as advanced equipment manufacturing to China’s total economic inputs declined in August, a Caixin index showed in early September.

The Mastercard Caixin BBD New Economy Index (NEI) came in at 30.4 in August, indicating that new economy industries accounted for 30.4% of China’s overall economic input activities. The reading was down from 31.5 the previous month.

The NEI aims to track the size of and changes in China’s nascent industries by using big data. It measures labor, capital and technology inputs in 10 emerging industries relative to those used by all industries.

Researchers found evidence of multiple superspreading events of Covid-19 infections in Hong Kong, suggesting that timely identification of superspreaders may be a key to stopping a second wave of the coronavirus pandemic.

While there is no universally accepted definition of a superspreading event, it usually refers to an incident in which one person passes the virus to at least six others. Superspreading events pose considerable challenges for Covid-19 control as they can quickly overwhelm contact tracing capacity. Although most infected persons will generate few or no secondary infections, a small fraction can generate many infections, according to researchers led by the University of Hong Kong’s Peng Wu.

The Chinese and Indian militaries agreed to “stop sending more troops to the front line” to de-escalate border tensions five months after the deadly skirmish in the Galwan River Valley in May. The two sides reached the agreement Monday during their sixth round of commander-level talks on the border situation.

China’s defense ministry said in a statement Tuesday (link in Chinese) that the two countries agreed “not to unilaterally change the status quo” at the border region to “avoid any actions that might complicate the situation there.” They also agreed to hold a seventh round of commander-level talks as soon as possible.

Electric-scooter maker Ninebot Ltd. had its application for an IPO on Shanghai’s Nasdaq-style high tech board passed by the securities regulator, a move that paves the way for Chinese mainland stock markets to pass two significant milestones.

Ninebot, which owns the Segway scooter brand, will become the first foreign-registered Chinese company with a variable-interest entity (VIE) structure to go public, and the first to sell Chinese depositary receipts (CDRs), a new type of share created in 2018 to allow overseas businesses to list on a mainland bourse.

The China Securities Regulatory Commission (CSRC) gave a final blessing to the IPO Tuesday. In a statement (link in Chinese), the commission said it agreed to Ninebot’s application, which will be valid for 12 months. The company must sell its CDRs strictly in accordance with the approved prospectus and other IPO documents, it said.

BMW AG’s decision to use high-density batteries from China’s largest manufacturer in its new iX3 model electric cars cast a spotlight on the technology’s safety and the delicate balance between longer battery life and costs.

The “811” batteries from Fujian-based Contemporary Amperex Technology Co. Ltd. (CATL), which will power iX3 models made in China, come with high energy density cathodes made of nickel, cobalt and manganese at an 8:1:1 ratio. Such batteries can ensure a longer driving range but have raised concerns in the industry over their stability, given their high-energy density nature.

BMW isn’t the first automaker to use 811 batteries for electric vehicles, with other carmakers also developing their own models based on the technology, an expert told Caixin. But its entry to the field has put more attention on the technology, which in some cases may be getting rushed to market without sufficient testing, others said.

Shares of Nasdaq-listed blood cancer specialist Legend Biotech Corp. pared some of their losses after revelations early this week that the company’s chief executive officer was detained in China sent the stock into free fall.

Legend said late Monday U.S. time that China’s Customs Anti-Smuggling Department raided its office in Nanjing and the premises of its majority shareholder GenScript there and in Zhenjiang. Five staff members were detained.

One of those is GenScript cofounder and Chairman Frank Zhang, who became CEO of New Jersey-based, Johnson & Johnson-backed Legend last month. Legend was spun off by GenScript to list in June.

Could China play the spoiler again for another blockbuster semiconductor merger, even though both parties to the deal aren’t Chinese?

Analysts and observers say that Beijing could potentially step in for an encore with its potential to veto the mega-merger announced last week in which Nvidia Corp. would buy Arm Holdings Ltd. of Britain for $40 billion from Japan’s SoftBank. Such a veto would come just two years after U.S. telecom chip giant Qualcomm scrapped a plan to buy Dutch peer NXP Semiconductors for $44 billion after failing to get Beijing’s approval.