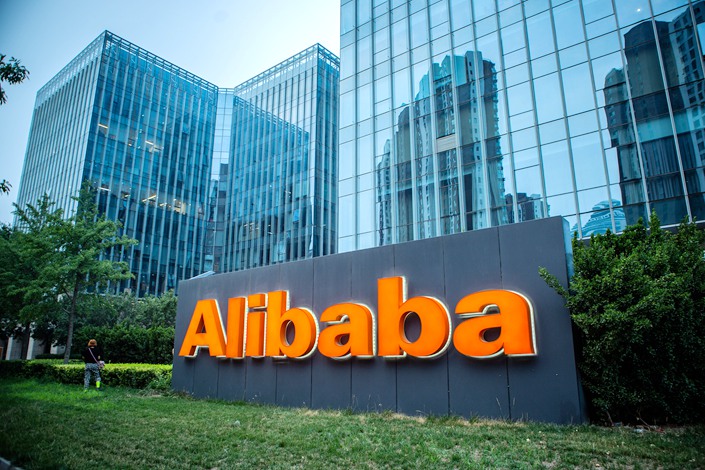 In Depth: Alibaba and Pinduoduo slug it out for dominance in China’s online bargain basement

After facing one of the first serious threats in years to its core e-commerce business, industry behemoth Alibaba is finally showing early signs of turning the tide in its ongoing battle with up-and-comer Pinduoduo. But the shift hasn’t come easy, and there’s no guarantee the tables might not turn yet again as China’s dominant e-commerce company rounds out its first year since visionary founder Jack Ma turned over the keys to a younger generation of new leaders.

The Pinduoduo threat and nascent Alibaba comeback are perhaps most easily traced in Pinduoduo’s stock, which more than quadrupled from its 2018 IPO price, only to lose momentum after its own visionary CEO and founder Colin Huang scaled back his role in July. Pinduoduo made its huge inroads by targeting the ultra-low end of the market, which is sizable in China’s many smaller cities filled with less affluent consumers.

China’s foreign trade continued to recover from the Covid-19 pandemic in September, with exports expanding at the quickest clip in 18 months and imports returning to growth at their fastest pace so far this year, boosted by a global economic rebound and robust domestic demand.

Goods exports grew 9.9% year-on-year in dollar terms to $239.8 billion last month, up from 9.5% growth in August, marking the fastest expansion since March 2019, according to data (link in Chinese) from the General Administration of Customs released Tuesday. The reading was slightly lower than the median forecast for a 10% rise in a Caixin survey (link in Chinese) of economists.

Official data show that China’s imports surged 13.2% year-on-year to $202.8 billion in September, reversing a 2.1% decline the previous month and marking the highest growth since December. The reading beat the Caixin survey’s median forecast of 0.7% growth.

Chinese domestic equities are worth more than $10 trillion for the first time since 2015, when a record crash erased half the market’s value in months and saddled millions of investors with losses.

The world’s second-largest stock market added $3.3 trillion since a low in March, helped by Beijing’s policies to encourage trading, a flurry of new listings that arrived with eased rules and the strengthening yuan. Stocks have been close to the $10 trillion milestone since July, when China’s government acted to tame a speculative rally that had suddenly pushed a gauge of large caps near a 12-year high. The country’s total market capitalization is now $10.04 trillion and just shy of the all-time high, according to data compiled by Bloomberg as of Monday.

The accord, Cambodia's first such bilateral deal, was completed after just three rounds of talks that started in January and finished in July. It is yet to be made public.

A statement on China's Ministry of Commerce website said the agreement covered a wide range of cooperation in the areas of investment, trade, tourism, transportation and agriculture.

Shanghai and Hong Kong-listed Guolian Securities Co. Ltd. and Shanghai-listed Sinolink Securities Co. Ltd. called off a proposed tie-up that could have created a 93 billion yuan ($13.8 billion) industry behemoth less than a month after the merger was announced Sept. 20.

State-owned Guolian, which is ultimately owned by the Wuxi government, and Sinolink said the two companies failed to agree on some of the core terms of the deal and decided to terminate the combination.

The proposed deal was unprecedented and complex, involving the purchase of some equity first and a share swap, a person close to the deal told Caixin. After intermediary agencies got involved in due diligence, the companies didn’t see how to proceed in a quick and efficient way, the person said.

China aims to cut all greenhouse gases by 2060, researcher says

Huya Inc. agreed to buy DouYu International Holdings Ltd. in an all-share deal that will create a Chinese game-streaming giant with a market value of more than $11 billion.

Investors were offered 0.73 of a Huya American depositary share (ADS) for each ADS of DouYu, the companies said Monday in a statement. That values each DouYu ADS at about $18.83 as of Friday’s closing price, a 35% premium, and values the company’s equity at about $5.98 billion.

Tencent Holdings Ltd., which owns stakes in both companies, will hold about 68% of the combined business’s voting shares, giving the WeChat operator control over a live-streamed gaming leader akin to Amazon.com Inc.’s Twitch.

From April 2019 to the end of last year, Luckin Coffee (China) and Luckin Coffee (Beijing) with the help of the third-party companies used fake client accounts to fabricate sales transactions and bank records, producing a total of 123 million fake orders for coffee using vouchers, the market regulator said.

China Eastern Airlines Co. Ltd, the parent of one of the country’s largest air carriers, will get a capital injection of 31 billion yuan ($4.6 billion) from four new state-backed investors as the central government-owned airline diversifies its shareholding structure.

The state-owned giant has plans to launch a high-end new-energy vehicle (NEV) brand, Caixin learned, in the latest local challenge to U.S. veteran Tesla Inc. in one of the world’s biggest electric vehicle markets.

The Shanghai-based carmaker’s NEV brand will develop a completely new platform for car assembly, catering to the different requirements of alternative energy cars, people inside the company told Caixin Monday, without revealing any time frame for the launch.

Beijing speeds up efforts to shake up state-owned enterprises