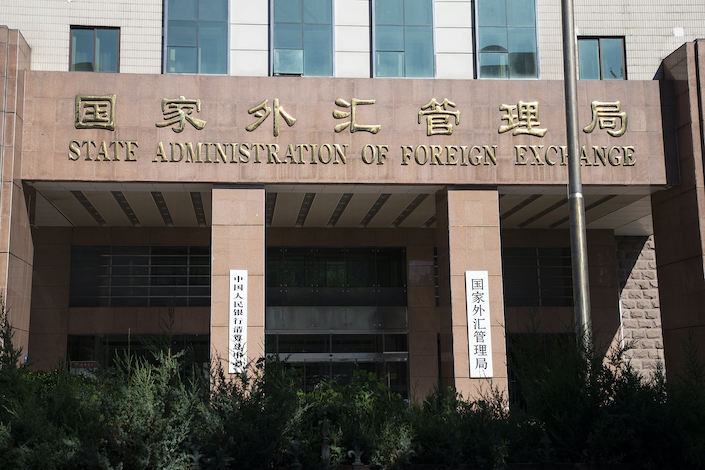 China is moving to encourage domestic institutional investors to pour more money into foreign capital markets as the yuan appreciates strongly against the dollar amid accelerating post-pandemic inflows of funds.

The foreign exchange regulator will start issuing about $10 billion new Qualified Domestic Institutional Investor (QDII) quotas in several batches, an official from the State Administration of Foreign Exchange (SAFE) said Wednesday at an industry seminar. The annual total would represent a 10% expansion of the program. The agency issued $3.36 billion of new quotas last month, the first in a year and a half.

The yuan is trading at its highest levels in more than two years, fueling expectations that Beijing would move to rein in the surge. The currency climbed as much as 0.55% Wednesday to its strongest since July 2018. The yuan gained almost 5% over the past three months.

Top Chinese officials expect the country to post positive economic growth for the full year as the world’s second-largest economy rebounds from the Covid-19 pandemic.

“It is highly likely that China's economy will achieve positive growth this year as policies to stabilize the economy show effects,” Vice Premier Liu He said at a financial forum in Beijing. China’s trade and investment indicators are improving significantly while consumption readings are showing positive signs, and other major economic indicators are reviving steadily, the vice premier said.

Yi Gang, the central bank governor, was also upbeat about the country’s recovery. Yi said at the same forum that the economy may achieve positive growth this year. The governor had said during the weekend that he expected China’s economy to expand about 2% this year.

Ant Group Co. Ltd. cleared the final hurdle for its highly anticipated concurrent IPO in Hong Kong and Shanghai, as it has been given the green light from both China’s securities regulator and Hong Kong’s stock exchange for what could be the world’s biggest listing ever.

Ant Group obtained the blessing for its listing on Shanghai’s new Nasdaq-style STAR Market from the China Securities Regulatory Commission (CSRC), according to a statement (link in Chinese) released Wednesday by the regulator. On the same day, the company got the nod for its Hong Kong listing from the city’s stock exchange, the bourse’s website showed.

Ant Group, the fintech affiliate of Chinese e-commerce giant Alibaba Group Holding Ltd., is expected to raise about $35 billion from the dual listing, according to Bloomberg.

BlackRock shakes up China business amid move into mutual funds

Global money manager BlackRock Inc. is liquidating some of its Chinese private funds to comply with local regulations as it shifts focus to its new mutual fund business in the country.

BlackRock in August received approval from China’s securities regulator to set up a wholly owned mutual fund management company (link in Chinese) as part of the firm’s ambition to expand the scale of its business in the Chinese mainland market. New York-headquartered BlackRock has operated a privately offered fund business in China for several years.

Opinion: How to protect workers in the age of automation

The Chinese Foreign Ministry warned Sweden that it should revoke its ban on Huawei Technologies Co. to avoid hurting prospects for Swedish companies.

Swedish authorities blocked operators from using Chinese vendors Huawei and ZTE Corp. as part of the country’s 5G wireless network rollout. The decision was the latest in a series of restrictions by governments around the world on the Chinese companies under continued pressure from the U.S. over potential security risks in 5G networks. China was Sweden’s eighth-largest export market in 2019, according to Sweden’s official statistics agency.

“The Chinese market is open to European companies including Swedish companies, but the Swedish side without any evidence has discredited China and cracked down on China’s telecom companies,” Chinese Foreign Ministry spokesman Zhao Lijian said Wednesday in a press briefing.

Russians at war with China over Aussie gold company

The bitter battle between Russia and China for control of a Perth-based gold company has taken another twist, with the rival suitors now putting matching bids to shareholders.

Nordgold, controlled by Russian oligarch and steel billionaire Alexey Mordashov, upped its bid for Cardinal from A$0.90 ($0.63) a share to A$1 a share Wednesday, valuing Cardinal at about A$538 million as gold stocks continue to shine.

The move came hot on the heels of China’s Shandong Gold informing Cardinal that its A$1-a-share offer due to close Friday was its “best and final” and could not be increased unless there was a superior offer from Nordgold or a third party.

Truck manufacturer Hino Motors and electric vehicle maker BYD Auto Industry will set up a 50-50 joint venture in China next year to develop electric trucks and buses for the Asian market.

The venture will also develop EV components under the plans announced Wednesday. The move shows a broader push into next-generation energy sources by Tokyo-area-based Hino, a member of the Toyota Motor group that also has a tie-up with Volkswagen truck and bus unit Traton. New electric commercial vehicles will be released in Asian markets in the first half of the 2020s under the Hino brand.

A major seaside resort being developed by cash-challenged China Evergrande Group is among a list of property projects that have come under fire after construction continued despite a government call for a halt to work and rectifications over environmental violations.

The latest government rebuke this week comes as a major new headache for Evergrande, which is struggling under a mountain of $120 billion in debt, about $5.8 billion of which is maturing in the next two months. The case also spotlights a relatively common practice by Chinese developers that sometimes skirt or ignore local rules and zoning restrictions in a rush to build the most profitable projects, often residential, and face the consequences later.

The latest case dates back to 2017 when a Caixin report exposed a number of developments that were violating local environmental protection rules in Hainan.