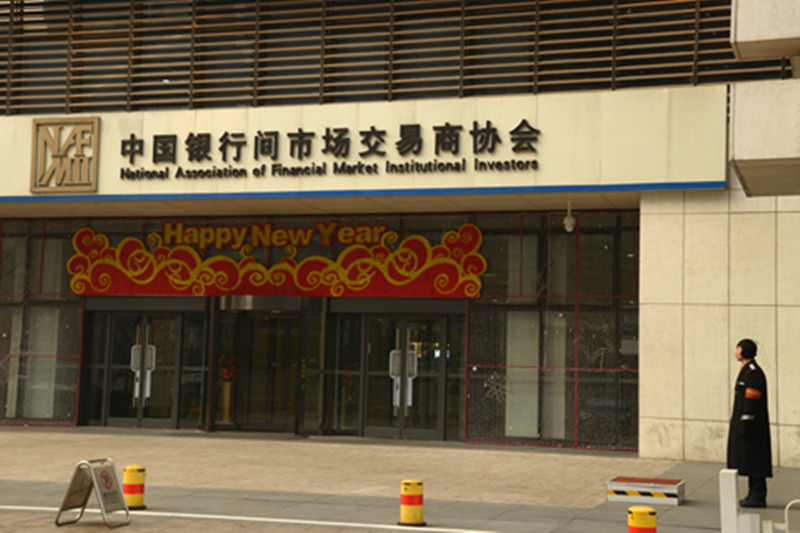 Interbank regulator bars bond issuers from buying their own debt

China’s interbank market regulator banned bond issuers from buying their own debt as it seeks to keep defaults from destabilizing the financial system.

Issuers shall not subscribe to issuances of their own bonds in the interbank market or buy them indirectly through related parties or asset management products, according to a regulation (link in Chinese) published Wednesday by the National Association of Financial Market Institutional Investors (NAFMII), a self-regulatory organization for the interbank market backed by the central bank.

The regulation shows how financial regulators are clamping down on “structured issuances” (结构化发行) of bonds as many analysts and industry insiders regard it as a threat to the stability of the bond market because it helps financially weak, poorly rated companies increase their risk of default.

The case initiated earlier this month by the Shanghai branch of DBS Bank (China) Ltd., a subsidiary of Singaporean banking giant DBS Bank Ltd., involves 779 million yuan ($118 million) and is due to “disputes arising from financing contracts,” according to a Brilliance filing (link in Chinese).

Part of DBS Bank (China)’s loans to Brilliance have been overdue since September, and the bank is seeking to freeze Brilliance’s related assets, a bank spokesperson told Caixin Thursday. The spokesperson also said Brilliance disposed of significant assets without creditor approval, sabotaging all creditors’ interests, while the automaker never explained to the bank its equity transfer and pledge.

About four-fifths of the 446 creditors with voting rights who attended an October meeting voted in favor of the plan, according to a PUFG statement (link in Chinese) released Thursday. Under the plan, PUFG will merge with three subsidiaries and one affiliate.

PUFG, which is owned by Peking University, one of China’s oldest and most prestigious tertiary institutions, rocked the market in December 2019 by failing to repay a 2 billion yuan bond. The default underscored the financial squeeze on Chinese businesses amid slowing economic growth and especially concerns about the weak finances of debt-laden business arms of Chinese universities.

The wave of financial distress flooding China’s corporate sector is spilling over into a key financing channel in the shadow banking sector — the trust industry.

Huaxin Trust Co. Ltd., one of 68 companies licensed to conduct trust business, is trying to raise as much as 6.8 billion yuan ($1 billion) from strategic investors as it faces a growing liquidity squeeze that’s already forced it to skip repayments on dozens of investment products over the past few months.

But what drew the market’s attention was a condition stipulated by Huaxin that any investor would need to agree to “support the company’s liquidity before the completion of their investment to allow the firm to protect the interests of investors in its trust products.”

Opinion: Marginal benefit of RCEP is greater than CPTPP

"Given that the RCEP is on the right track with no remaining conflicts to resolve, I believe it could come into effect in one or two years," writes Tu Xinquan, dean and professor of the China Institute for WTO Studies at the University of International Business and Economics, in a commentary.

"The CPTPP only has two relatively less developed countries, Vietnam and Malaysia; the rest are all developed," Tu writes."So, it is understandable the CPTPP would be more ambitious. But as to marginal benefit, the RCEP is greater than the CPTPP: there is more latitude for members to improve."

Wuhan Hongxin Semiconductor Manufacturing Co. Ltd. (HSMC), an $18.5 billion company that aimed to become one of China’s leading high-tech chipmakers, lost its chief executive amid a cash crunch that pushed the company to the verge of collapse.

Chiang Shang-yi, a semiconductor industry veteran who became the CEO and general manager of HSMC in July 2019, resigned from all posts in the Wuhan-based company in July, a lawyer’s statement viewed by Caixin showed.

The executive proposed to resign in June for personal reasons, and the company acquiesced, the statement showed. Chiang confirmed the matter with Caixin. Chiang called his days at HSMC an “unpleasant experience” that is “hard to describe in a few words.”

Several apartment rental companies are in talks to take over struggling Danke Apartment, but the rental platform’s funding shortfall of as much as 3 billion yuan ($45.7 million) makes potential buyers wary.

Danke, run by New York-listed Phoenix Tree Holdings Ltd., and other long-term apartment rental platforms have become mired in financial troubles in the wake of the Covid-19 pandemic, raising questions about a business model that requires immense sums of cash up front to fund a rapid expansion.

A number of such operators ran out of cash and collapsed, causing tens of thousands of renters to be evicted. Regulators in several cities issued guidelines clamping down on risk in the rental housing market.

The nonbinding motion, put forward by the opposition Conservatives, passed in the Ottawa legislature Wednesday by a vote of 179 to 146, with the support of some members of Trudeau’s own Liberal Party.

The symbolic move comes with relations between the two countries severely strained by the 2018 arrest of a top Huawei executive in Vancouver on a U.S. extradition request, and Beijing’s subsequent jailing of two Canadians. Canada is the only member of the Five Eyes intelligence alliance of English-speaking nations that has yet to ban the Chinese state-championed company from its 5G network.

Sinovac Biotech Ltd. researchers published data from early trials showing their vaccine is safe for healthy people to take and that it sparks an immune response, though the company has yet to determine whether it stops people from catching Covid-19.

Sinovac tested the vaccine candidate, known as “CoronaVac,” on about 750 healthy adults up to the age of 59, according to the combined phase 1 and 2 trial results published in Lancet Infectious Diseases Tuesday.

Those who had the inoculation were found to produce antibodies to the virus that causes Covid-19 — though at lower levels than those in people who have been infected and recovered.