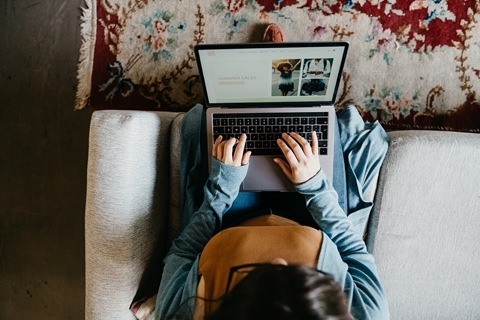 In Depth: Pushback against China tech giants grows with accusation of algorithmic ‘bullying’

A government-backed Chinese consumer group accused the nation’s tech giants of using their data-based algorithms to “bully” consumers and put them at a disadvantage.

At a symposium on the topic held by the China Consumers Association (CCA) on Jan. 7, the group released a three-section, 14-point document outlining the ways data-driven algorithms impinge on the rights of consumers in their interactions with large tech platforms and calling for beefed-up powers for regulators.

It’s the latest sign that the technology broadly described as “artificial intelligence” — and specifically algorithm-based advertising and sales — is shaping up as a new front in the country’s push to control big tech.

Exports rose 18.1% year-on-year in dollar terms in December, down from 21.1% in the previous month, according to data (link in Chinese) from the General Administration of Customs. The reading marked the seventh consecutive month of expansion and beat the median forecast of 14% growth in a Caixin survey (link in Chinese) of economists.

Imports increased 6.5% year-on-year in December, faster than the previous month’s 4.5%. The reading was higher than the Caixin survey’s median forecast for 5.1% growth.

U.S. investment company State Street Global Advisors Asia Ltd., which runs Hong Kong’s largest exchange-traded fund (ETF), said Wednesday that it would resume investing the ETF’s money in companies blacklisted by the U.S. for alleged links to the Chinese military, after a two-day suspension. The fund manager gave no reasons for the reversal.

State Street’s moves may set an example for other market participants, but its overnight rethink largely perplexed others considering how to respond to U.S. sanctions, multiple industry insiders told Caixin.

China recorded its highest number of new Covid-19 infections in more than 10 months Thursday, propelled by a pair of outbreaks in two northern provinces.

The Chinese mainland logged 138 new infections, 23 more than the previous day, the National Health Commission said (link in Chinese). Of those, 124 cases were locally transmitted, 17 more than Wednesday’s total. The country also had its first Covid-19 death since May.

Demand for travel tickets ahead of next month’s Lunar New Year, China’s biggest national holiday, seemed to slump after officials urged people to avoid nonessential travel in a bid to curb the spread of the coronavirus.

WHO team arrives in Wuhan, but two stay behind after testing positive

Positive Covid-19 tests for five passengers on a Jan. 5 train to Beijing

Opinion: China’s economy is on its way back to normal

Zhang’s comment echoed a remark by the central bank last week pledging to continue the antitrust crackdown while tightening oversight of the internet finance sector.

Foxconn, Geely plan venture to make cars for other automakers

IPhone assembler Foxconn Technology Group and the Chinese owner of Volvo Cars will set up a joint venture to provide contract manufacturing for global automakers, the companies said Wednesday.

Foxconn and Zhejiang Geely Holding Group will each hold 50% of the joint venture and will provide consulting services on electric vehicle technologies to automakers, the companies said in a statement.

Apple Inc. reportedly plans to launch a self-driving electric car by 2024. As a major Apple contract manufacturer, Foxconn is speculated to become a major contender to make cars for its largest customer.

Semiconductor chip shortage issues will continue to disrupt China’s production of automobiles in the coming months, the China Association of Automobile Manufacturers said in a Wednesday post.

The shortage problems emerged last month, leading to a drop in vehicle production for a number of carmakers, including SAIC-Volkswagen Automotive Co. Ltd. and Guangqi Honda Automobile Co. Ltd.

Vehicle output at SAIC-Volkswagen slumped by nearly a quarter in December to 125,800 units compared to November, while Guangqi Honda’s production dipped 1.3% month-on-month in the same period. GAC Toyota suspended a third production line in the southern city of Guangzhou due to chip supply issues.

A cloak-and-dagger tale of a gaming magnate who was poisoned to death by a colleague took a new twist with an online allegation that a woman who bore him a son out of wedlock is seeking to exercise the infant’s inheritance rights.

The case involving Lin Qi, chairman of the Shenzhen-listed Yoozoo Games Co. Ltd., has captivated China since his death on Christmas Day in what police suspect was a deliberate poisoning by a colleague. Before the intrigue, Yoozoo was already known in China for holding the video rights to the wildly popular “Three-Body Problem” science fiction series, though the company has yet to release any products based on those rights.