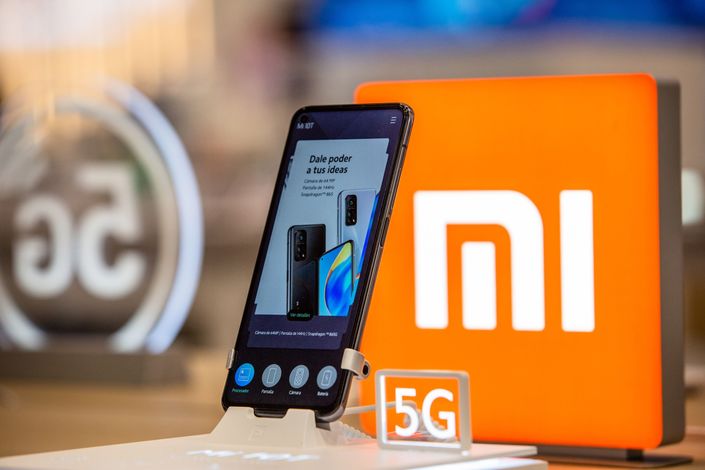 (Bloomberg) — A year ago today, President Xi Jinping asked the U.S. to treat Chinese companies “fairly” in a letter read out at the White House to mark the signing of a landmark trade deal between the world’s biggest economies.

At the time, President Donald Trump’s actions against China Inc. had mostly been aimed at tech giant Huawei Technologies Co. Ltd., which had become a global leader in the race to set up 5G networks across the world. And even though it was blacklisted, Huawei enjoyed an ample supply of the radio chips critical to maintaining its dominance.

Now, with Trump set to leave office next week, dozens of strategic Chinese companies find themselves in U.S. crosshairs after a year that saw relations nosedive as the coronavirus pandemic took hold. Besides closing loopholes on Huawei, effectively knee-capping its smartphone business, the Trump administration took a wide range of actions to thwart China’s efforts to dominate high-tech industries that will drive growth over the next few decades.

The profile of the companies targeted, including in the latest developments on Thursday, is staggering. They include China’s three biggest telecom firms, its top chipmaker, its biggest social media and gaming players, its top two smartphone makers, its main deepwater energy explorer, its premier military aerospace contractor, its leading drone manufacturer and its primary commercial planemaker. At risk is China’s ability to produce everything from 5G networks to a passenger jet to compete with Boeing Co. and Airbus SE.

While the scope of Trump’s unprecedented actions has roiled markets, the full reckoning of their impact largely hinges on President-elect Joe Biden. His incoming administration will have the power to either keep the restrictions in place, remove them or tighten them further on companies such as Xiaomi Corp., an Apple Inc. competitor hit this week for alleged ties to China’s military — an allegation it denies.

“Biden can’t afford to look soft on China, so may end up getting stuck enforcing any measures Trump puts in place on his way out, regardless of whether they are fully consistent with his own administration’s ideal policy approach,” said Mark Natkin, managing director of Beijing-based Marbridge Consulting, a U.S.-owned firm that helps companies invest in China.

Trump’s campaign against Chinese companies accelerated in June, when the Pentagon unveiled a list of Chinese companies it said were effectively controlled by the People’s Liberation Army for the first time under a requirement in a 1999 law. In November, shortly after he lost the Nov. 3 election, Trump banned U.S. investment in Chinese companies named on the list, which climbed to 44 on Thursday with the addition of Xiaomi and eight others.

The order said that designated stocks could not be purchased by Americans starting on Jan. 11, and that holdings by Americans must be fully divested by November when transactions will be frozen. Nearly $12 billion worth of Chinese securities will need to be divested by U.S. investors by the November deadline, Morgan Stanley strategists estimated, using the Jan. 13 version of the list.

The New York Stock Exchange this month said it would delist the thinly-traded New York shares of China Mobile Ltd., China Telecom Corp. and China Unicom Hong Kong Ltd., the first time an American exchange removed Chinese companies due to tensions between the two countries. In Hong Kong, where the three stocks are primarily listed, China Mobile fell to its lowest price since 2006 and China Telecom tumbled to a more-than-17 year low.

The decision was followed by a series of similar moves from U.S. providers of funds, derivatives and investment products as the ban took effect on Jan. 11. Goldman Sachs Group Inc., Morgan Stanley and JPMorgan Chase & Co. delisted about 500 warrants and callable bull/bear contracts in Hong Kong, the world’s largest market for structured products. State Street Corp.’s $13 billion Tracker Fund of Hong Kong bled $470 million in a single day — the most since it was founded in 1999.

On Friday, Xiaomi sank 10% after being named on the military list, the worst day since its Hong Kong debut in July 2018. Other firms on the list include state-owned planemaker Commercial Aircraft Corp. of China Ltd., or Comac, which is central to China’s goal of competing with Boeing and Airbus.

Besides the list of military companies, Trump’s Department of Commerce has maintained a separate but connected list of Chinese firms that need specific permission to access U.S. technology. In December, the department said it was blacklisting chipmaker Semiconductor Manufacturing International Corp., drone maker SZ DJI Technology Co. and more than 60 other Chinese companies “to protect U.S. national security.” China National Offshore Oil Corp., the country’s third-biggest oil company, was added to the Entity List on Thursday. It said it noticed the development and would continue to monitor it.

Unless Trump takes action on Xiaomi or other companies placed on the military list before next Tuesday, it will be up to Biden to determine whether to restrict the company from accessing key components from the U.S. While Biden hasn’t tipped his hand on which Trump actions he could rescind, most of the current administration’s tougher stances against China have received bipartisan support in Congress.

Kurt Campbell, tipped to become Biden’s Indo-Pacific coordinator, said the administration would initially seek to build consensus with allies on China after dealing with a host of domestic issues, according to the South China Morning Post. He said the two countries could take confidence-building steps, such as reversing tit-for-tat moves on expelling journalists, easing visa restrictions and reopening closed consulates.

“It’s possible the sanctions could be lifted in a grand bargain, perhaps as part of a trade agreement that would give the president political cover for easing back on recent actions,” said Nicholas Turner, a lawyer at Steptoe & Johnson LLP in Hong Kong who specializes in economic sanctions.

Over the past few years, China has enhanced its toolbox to hit back at the U.S. even though it has mostly held fire. It created an “unreliable entities list” and passed a new export control law that could potentially be used to restrict rare earths vital for key technologies. Last week it issued new rules that would allow Chinese courts to punish global companies for complying with foreign sanctions — a move that could theoretically force businesses to choose between the U.S. and China.

Xi has also appeared to abandon hope that relations with the U.S. would improve under Biden, with a renewed push to gain self-sufficiency in key technologies. China’s public, meanwhile, is getting used to the constant barrage and see the U.S. lists “as a certificate of achievement for Chinese companies,” said Chen Xi, an adjunct associate professor at Xi’an Jiaotong University.

“The Biden administration won’t be dealing with these issues anytime soon once he is sworn in, because it is beneficial for him to use such lists and sanctions as a bargaining chip with China,” Chen said. “In the long run, Chinese companies will strengthen their self-dependence in core technology, while global firms may find themselves losing an important market.”