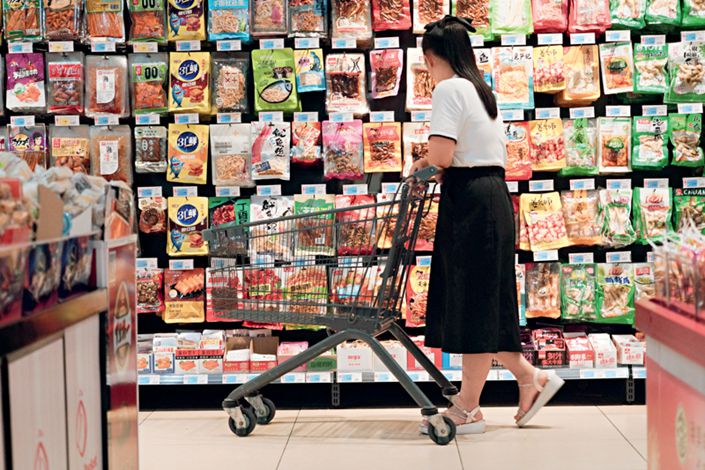 A 2015 survey found that 59.8% of Chinese between the ages of 18 and 60 were consuming packaged foods, reflecting the nation’s rapid economic development over the past three decades.

To help them better track and understand what they eat, China began requiring nutrition labeling for packaged foods starting in 2013, including how much energy, protein, fat and carbohydrates they contained. The policy has ushered in a new era of awareness about the nutritional value of what average Chinese consumers eat and drink.

But what goes into an actual nutritional label in China is still very much a work in progress. A second round of public comment officially closed at the end of last year for the latest overhaul of the country’s main regulation regarding nutritional labeling, which is being overseen by China’s National Health Commission.

A peer-to-peer (P2P) lending platform linked to Hong Kong-based television network Phoenix TV is under investigation on suspicion of illegally taking deposits from the public, police in southern China announced, the latest casualty in China’s five-year crackdown on its scandal-ridden P2P lending industry.

He Xin, the controlling shareholder of Phoenix Zhixin Information Technology (Haikou) Co. Ltd., was detained as part of the probe, according to an announcement (link in Chinese) released Wednesday on social media by police in Haikou, the capital of Hainan province. Founded in May 2016, Phoenix Zhixin is a wholly owned subsidiary of Feng Xin Technology (Haikou) Group Ltd., which is 72% owed by He. Feng Xin is a wholly owned subsidiary of Phoenix Financial Group Ltd.

He, the controlling shareholder of Phoenix Financial with a 70.82% stake, is the son-in-law of Liu Changle, chairman of the board of directors and former CEO of Phoenix Media Investment (Holdings) Ltd., which owns Phoenix TV, according to Hong Kong-listed Phoenix Media’s annual report for 2020.

China said it was suspending a regular economic dialogue with Australia in a move intended to signal Beijing’s growing frustration with Canberra.

The National Development and Reform Commission said Thursday in a statement it was indefinitely halting all activities under the China-Australia Strategic Economic Dialogue. The move follows Australia’s decision last month to cancel agreements between the Belt and Road Initiative and the Victoria state government.

Some Australian government officials took action to disrupt the normal exchanges and cooperation between China and Australia out of a “Cold War mindset” and ideological discrimination, the NDRC said.

"China’s 14th Five-Year Plan covering 2021-25 will be a critical period for resolving the hidden risks of local government debt, judging by the signals emanating recently from the central government," writes Wang Dehua, research fellow with the National Academy of Economics Strategy under the Chinese Academy of Social Sciences, in an article.

"In the short term, to resolve the risks stemming from the excessively high cost of the stock of debt and its potentially poor liquidity, one idea worth considering is a debt swap mechanism," writes Wang. "That would ensure the responsibility for the debt is still borne by the local government and would only be allowed if the local government makes a commitment to achieve transparency in its investment and debts, and formulates a long-term debt repayment plan."

China took a swipe Wednesday at India’s decision to exclude Chinese vendors from its coming 5G trials, saying it will stifle Indian innovation.

The ministry said the operators would work with suppliers that include Ericsson, Nokia and Samsung, while Jio will use its own homegrown tech. Huawei and ZTE were not on the list, threatening to shut the national champions out of India’s massive telecom gear market.

The four listed Chinese courier firms that reported by April 30 lost a total of 480 million yuan ($74.16 million) in the first quarter, an analysis of the quarterly earnings shows.

Tencent-backed podcast and audiobook platform Ximalaya Inc. filed for a U.S. IPO, betting investors will buy into the growth story of China’s audio streaming industry even as it continues to bleed cash and deal with regulatory challenges.

Ximalaya on Friday filed for a proposed New York Stock Exchange listing with an initial fundraising target of $100 million, although that figure often goes up or down depending on investor demand.

Chart of the Day: China’s Labor Day tourism rebounds to near pre-Covid levels

China’s virus-hit tourism activity bounced back to near pre-pandemic levels during the Labor Day holiday, official data showed, adding to signs that the economic recovery is maintaining its momentum.

As many as 230 million domestic trips were made during the five-day holiday that ended May 5, an increase of 119.7% from a year ago, data (link in Chinese) from the Ministry of Culture and Tourism showed Wednesday. Compared with the shorter, four-day holiday in May 2019, the average number of daily domestic trips during this year’s holiday was down 5.6%, according to Caixin calculations based on official data.