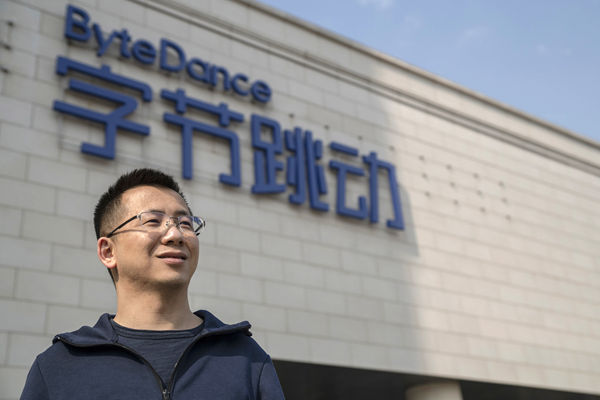 ByteDance founder Zhang Yiming to step down as CEO

The billionaire entrepreneur will be succeeded by Liang Rubo, ByteDance’s head of human resources, according to a memo from Zhang published on the company’s blog.

Zhang will remain at ByteDance, where he will focus on “longer-term initiatives” after stepping back from day-to-day responsibilities, he wrote. He did not say whether he would remain chairman or specify what form his new role would take, but he hinted that he may focus on social impact.

“They think they’re going to win,” Biden said of China during a speech to promote his flagship jobs program at a car factory in Michigan. “Well, I got news for them: They will not win this race. We can’t let them.”

The plunge in prices of major cryptocurrencies this week has been driven in part by massive forced sales of cryptocurrencies pledged as collateral for financing, especially those on automated blockchain platforms, industry participants said.

Bitcoin nosedived as much as 30% to $30,000 Wednesday evening, though it mounted a recovery Thursday. Ethereum (ETH), the second-biggest cryptocurrency by market cap, sank more than 40% Wednesday night, while internet-meme token Dogecoin lost 50%.

China’s southern Guangdong province outlined a new social credit regulation Tuesday restricting the data that merchants can collect on consumers and the sanctions that can be imposed on those with poor credit.

Under new rules going into effect next month, merchants and market credit information collectors are prohibited from collecting information on an individual’s religion, blood type, diseases, medical history and biometrics. For people and entities with low credit ratings, the regulation includes a list of permitted restrictions on consumption and bars businesses from other measures.

The company’s majority owned Beijing-based joint venture, Daiwa Securities (China) Co., is due to launch later this month, initially with investment banking as well as stock brokering and fixed-income trading, CEO Seiji Nakata, said in an interview. But his aspirations don’t stop there.

“Our commitment to clients, employees, shareholders and business partners remains as strong as ever, and we will continue to do the right thing even if it’s difficult,” said CEO Peng Yongdong in a statement.

The company said its board will make “appropriate arrangements for corporate governance and related matters and make an announcement in due course within two weeks.” Shares of KE, which uses the name Beike in Chinese, were down more than 10% in Thursday pre-market trading on the New York Stock Exchange.

The company’s revenue grew 25% year-on-year to 135 billion yuan ($21 billion) for the three months through March while profit jumped 65% to 47.8 billion yuan. Much of the profit jump came from a sharp increase in “other gains,” which rose nearly fivefold to 19.5 billion yuan and were related to changes in the value of some of its investments.

The U.S. consulate in southern China’s Guangdong province issued a safety alert warning Americans to avoid a 75-story skyscraper in Shenzhen after the building mysteriously wobbled during a fine day Tuesday.

U.S. citizens should avoid SEG Plaza and the nearby Huaqiangbei area, the consulate said Wednesday in a statement. The alert will remain in force until further notice, it said.

China’s top game livestreamer Huya Inc. recorded a profit in the first quarter of this year, while its rival Douyu International Holdings. Ltd. booked a loss amid continuing uncertainties about the future merger of the companies, both of which are backed by internet giant Tencent Holdings Ltd.

New York-listed Huya reported 185.5 million yuan ($28.3 million) in net income attributable to shareholders in the first three months of this year, up 8.4% year-on-year, according to its latest unaudited quarterly report released Tuesday. Nasdaq-listed Douyu, however, booked 62 million yuan of net loss attributable to shareholders in the first quarter of this year, swinging from net income of 260.5 million yuan in the same period last year, its financial results showed.