CX Daily: Who Gets What In HNA’s Complex Bankruptcy Restructuring 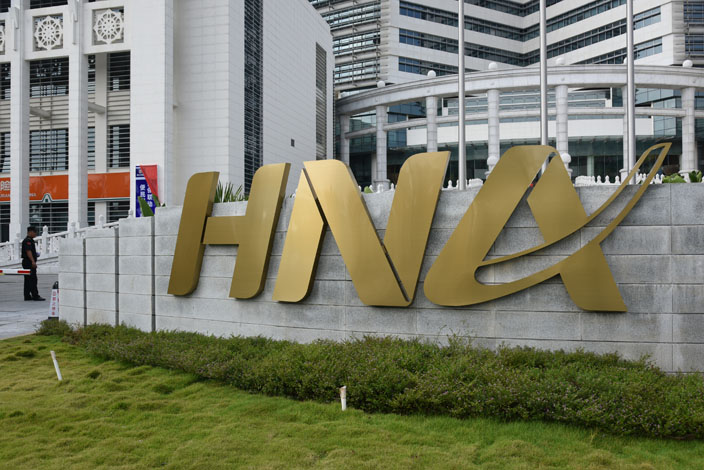 In Depth: Who gets what in HNA’s complex bankruptcy restructuring

Following years of highly leveraged global expansion, HNA was struggling to pay its more than 1 trillion yuan in debt after the government tightened financing rules and oversight for overseas asset purchases in 2017.

Electric utilities in a handful of Chinese provinces are raising power prices after a nod from the nation’s top economic planner, which is grappling with the contribution of record-high coal prices and withering stockpiles to a worsening power crunch.

Coal-fired power plants in Ningxia, Shanghai, Shandong, Guangdong and parts of Inner Mongolia have increased their fixed rates charged to grid operators by 10%, the maximum allowed under national regulations, a Caixin analysis shows.

In a Wednesday meeting (link in Chinese) convened by the People’s Bank of China (PBOC) and the China Banking and Insurance Regulatory Commission, regulators asked banks to join state departments and local governments’ efforts to ensure the stable and healthy development of the property market and to protect homebuyers’ interests.

The Caixin China General Manufacturing Purchasing Managers’ Index (PMI), which gives an independent snapshot of the country’s manufacturing sector, rose to 50 in September from 49.2 the previous month, according to the survey report released Thursday. A number above 50 signals an expansion in activity, while a reading below that indicates a contraction.

Wei Sun Christianson, Morgan Stanley’s most senior female executive in Asia, will retire at the end of this year after serving the Wall Street bank for nearly two decades.

Christianson, 65, has been Morgan Stanley’s China CEO since 2006 and its Asia-Pacific co-chief executive since 2011. After Christianson’s departure, Gokul Laroia, the bank’s other Asia-Pacific co-CEO, will become the sole CEO of the region, according to a memo from the bank.

Christianson will remain as an advisory director of Morgan Stanley.

Ningde, Fujian-based CATL will pay C$3.85 per common share of Millennial in cash, representing a premium of about 29% over Millennial’s 20-day average closing price in Vancouver trading, according to a statement from Millennial Lithium.

The plan establishes three main goals for algorithms: establish a sound governance mechanism, build a monitoring system to detect security risks and handle violations, and ensure their “correct, fair and transparent” use, according to a guideline (link in Chinese) released Wednesday.

Millions of yuan in cash was found in the home of a former municipal official in Beijing, who recently received a prison term for bribery. It is the latest case in China’s campaign against corruption to feature a lower-level official taking extremely large bribes.

The cash was hidden under the ex-official’s bed and inside his closet and bed drawers. The man said he didn’t know how much he took and was surprised by the total, according to a statement published by the country’s top graft watchdog, the Central Commission for Discipline Inspection (CCDI).

Beijing Winter Olympics to allow spectators, but only those in China

Caixin ESG Biweekly: Province tries to balance its energy past with an industrial future