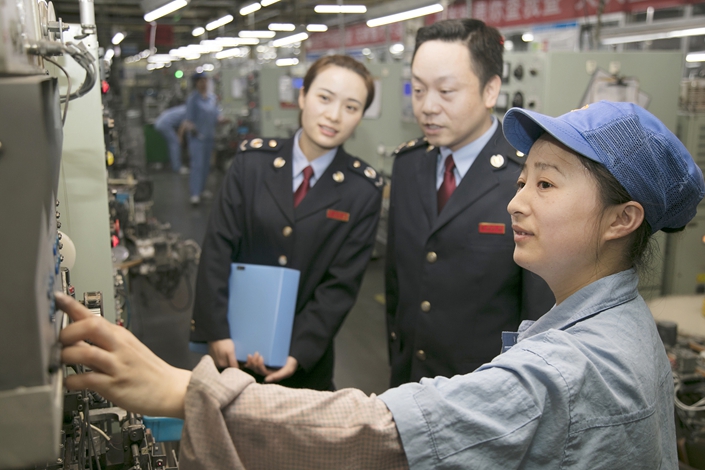 The Chinese government’s pledge in March to slash taxes and fees by 2 trillion yuan this year has already led to savings of more than 1.5 trillion yuan ($213 billion) for companies and individuals, the country’s tax administration said on Wednesday.

The cuts, which come on top of the 1.3 trillion yuan of reductions in 2018, are being made to shore up spending and lower the financial burden on companies amid a slowdown in the world’s second-largest economy and sluggish global demand. Finance Minister Liu Kun said last month that the tax and fee cuts for 2019 will total more than the promised 2 trillion yuan, although he did not specify by how much.

The single biggest contributor to the drop in tax receipts has been the reduction in value-added tax (VAT), which saved companies 703.5 billion yuan in the first nine months of this year and 585.1 billion yuan since April, Cai Zili, a deputy director of the office responsible for tax cuts at the State Taxation Administration, said at a briefing on Wednesday (link in Chinese).

The government started overhauling VAT rates in 2018, and in April this year reduced the rate to 13% for taxpayers who previously had paid 16%, and to 9% for those subject to a 10% levy. The two main beneficiaries have been manufacturers and the wholesale and retail sector. This year, the former paid 473.8 billion yuan less, accounting for 31.4% of the total cut in VAT receipts, while the latter benefitted by 325.8 billion yuan, accounting for 21.6% of the overall reduction.

The government’s decision to lower pension contribution rates, which took effect in May, has also saved companies and individuals 272.5 billion yuan so far, the administration said.

Cai said the cuts in fees and tax have been of particular benefit to low-income families and private businesses. They have helped boost consumer spending power and investment in research and development, which is now subject to tax breaks.

But the hit to the state’s coffers from two years of tax and fee cuts has been evident. In the first nine months of 2019, the growth in tax revenue (after the deduction of export tax rebates) slumped to 0.3% from 13.2% in the same period in 2018, while revenue from individual income tax fell 27.9%.

Data from the Ministry of Finance show the knock-on effect on government expenditure. Growth in fiscal spending slowed to 9.4% in the first nine months of 2019 from 11.7% in the same period last year, even though policymakers vowed to pursue a proactive fiscal policy. In August, spending fell 0.2% year-on-year, the first decline this year.

Local governments, which are responsible for funding most of their fixed-asset investment projects and their welfare obligations, have been particularly hard hit by the slump in fiscal income. They’ve been scrambling to find new revenue sources, such as selling state-owned assets, creaming off more profits from state-owned enterprises and speeding up bond issuance. The State Council, China’s cabinet, has also tried to help by easing restrictions on the use of special-purpose bonds and allocating more VAT revenue to provincial-level governments.