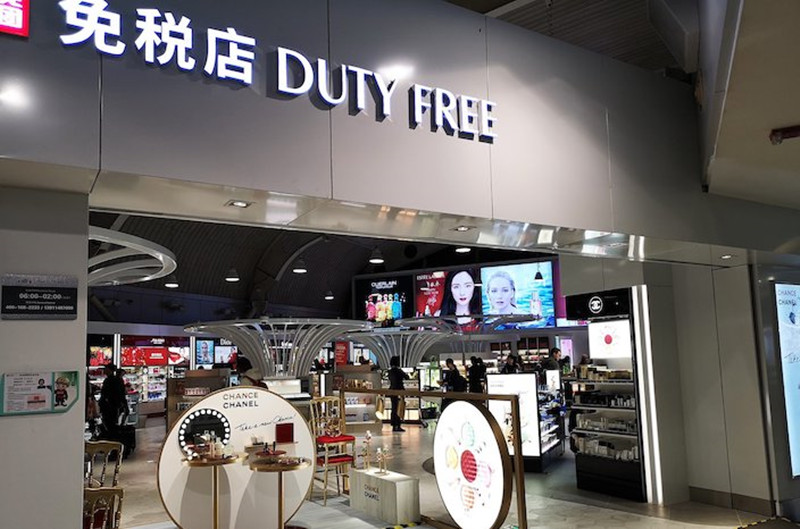 Cover Story: Why China is expanding access to duty-free shopping

Sanya’s Haitang Bay Duty Free Shop, operated by state-owned China Duty Free Group Co. Ltd., served 740,000 customers between July 1 and Aug. 18, 70% more than in the same period a year ago. They purchased 4.58 million items from fragrances to cosmetics to luxury watches and bags, 150% more than a year ago. The store set a global industry record with 5 billion yuan of sales in 49 days.

The moves to invigorate Hainan’s duty-free shopping followed several central government policy documents issued this year to encourage domestic consumption and drive recovery of the world’s second-largest economy behind that of the U.S. The central government also made unprecedented moves to issue three new licenses this year allowing companies to operate duty-free shops. Previously, only seven licenses were issued over four decades.

The revamp in Hainan’s duty-free retail sector is part of China’s strategy of transforming the island province into a regional commercial hub that could compete with Hong Kong, Paris and London. It also reflects Beijing’s efforts to bolster domestic consumption to counter economic challenges from pandemic fallout and escalating trading tensions with the United States.

With Ant Group Co. Ltd. readying what is expected to be the largest IPO ever, a Chinese private equity firm was accused of cheating a group of investors out of possibly millions of dollars by selling their stake in the fintech superstar to its chairman’s brother and sister at a well-below-market price.

The case, which was made public in a social media post published last week, triggered an online uproar, sparking a debate over whether bigwigs in China’s fast-growing private fund industry could easily shove individual investor interests aside for their own personal benefit.

The post mentioned an investor in a fund that owns a 0.1% stake in Ant Group. The fund is managed by private equity firm Primavera Capital Group, whose founder and chairman is Hu Zuliu, who also goes by Fred Hu. Hu used to be a Greater China chairman at investment banking giant Goldman Sachs Group Inc.

China’s goods exports grew at the highest rate in 17 months in August, boosted by recovering overseas demand and a surge in shipments of medical supplies to countries battling Covid-19, while imports declined for a second straight month, official data showed.

Exports rose 9.5% (link in Chinese) year-on-year to $235.3 billion last month, accelerating from July’s 7.2% growth rate. It was the fastest expansion since March 2019, according to data released Monday by the General Administration of Customs. The reading was higher than the median forecast for 6% growth in a Caixin survey of economists (link in Chinese). In addition, Monday’s data showed that China’s imports dropped 2.1% year-on-year in August to $176.3 billion, steeper than a 1.4% decline the previous month. The reading came in below the Caixin survey’s median forecast of 0.8% growth. In August, China’s trade surplus narrowed to $58.9 billion from $62.3 billion the previous month.

Chinese regulators vowed to accelerate the opening-up of its capital markets and deepen reforms to attract more foreign investors.

Officials are planning to announce revised rules on qualified foreign institutional investors as soon as possible to increase their “willingness and confidence” to invest in China, he said. Foreigners currently hold only 4.7% of Chinese stocks in circulation, way below the more than 30% in markets like Japan and South Korea, he said.

Global food prices increased for the third consecutive month in August, driven by a rebound in demand as economies recover from the pandemic and an increase in imports by China as it seeks to meet U.S. trade deal commitments.

The Food and Agriculture Organization (FAO) Food Price Index, which tracks monthly changes in international prices of commonly traded food commodities, averaged 96.1 points in August, rising 2% month-on-month to its highest point since February. The increase was largely a result of rising cereal prices: The FAO Cereal Price Index rose 1.9% month-on-month, led by coarse grains. Both sorghum and barley saw strong import demand from China, according to the FAO.

Editorial: For China, getting the digital yuan right is more important than getting it first

On Monday, SMIC closed down 22.9% in Hong Kong, while the stock fell 11.3% in Shanghai, wiping more than $5 billion off its market cap. The sell-off followed media reports that Washington may put the company on the Commerce Department’s so-called “Entity List,” which would forbid U.S. companies from doing business with SMIC unless they obtain a government license.

SMIC issued a statement denying links to the Chinese military. SMIC said it is “open to sincere and transparent communication with the U.S. Government agencies in hope of resolving potential misunderstandings.”

ZTO is aiming to raise HK$10 billion ($1.29 billion) to HK$20 billion — or 5% to 10% of its current $26.08 billion market cap on the New York Stock Exchange (NYSE), people familiar with the matter said. ZTO is likely to price its shares lower than those on the NYSE due to the recent fluctuation in its stock and because logistics isn’t an industry that makes investors’ mouths water, one of the sources told Caixin. If ZTO and Best end up listing in Hong Kong, they will join a cavalcade of Chinese tech companies that have decided to list their shares closer to home against the backdrop of escalating U.S.-China tensions and a spike in domestic operating costs that has squeezed the companies’ profit margins.

Dairy giant Feihe guzzles down one of its top suppliers

Feihe will pay HK$0.63 for each YuanShengTai share, the pair announced late Sunday, representing an 8.4% premium compared with the stock’s average price over the 10 trading days before the announcement. YuanShengTai’s stock fell 1.6% to HK$0.61 in Monday trade after the deal was announced, though at that level it is still up about 7% this month. Feihe said it intends to keep YuanShengTai as a separate publicly traded company after the deal. It said the move is part of its broader plan to become an integrated company by taking ownership of one of its main suppliers.

An academic at a military research body has confirmed long-rumored plans for the construction of two additional aircraft carriers, saying one will be the first carrier to boast a catapult take-off system.

Li Jie, a Beijing-based senior researcher at the Naval Military Studies Research Institute of the People’s Liberation Army (PLA), told a national defense education event in the Chinese capital that the military “will continue to develop and build the third, and even the fourth aircraft carriers.”

The Chinese Navy currently has two conventionally powered — or non-nuclear — carriers on active service. They are the Liaoning, a Soviet-built Admiral Kuznetsov class vessel bought from Ukraine in 1998, and the Shandong, the first domestically developed carrier, which went into service in December.