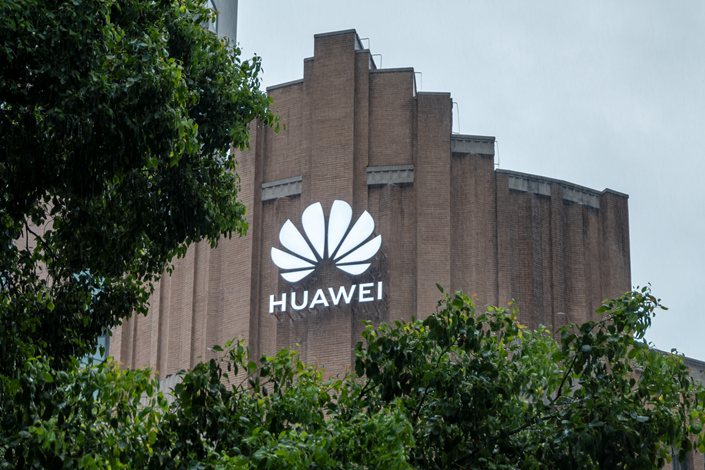 Multiple suppliers of Huawei Technologies Co. Ltd. sought exemptions from the Trump administration’s latest sanctions so they could continue selling products to the Chinese telecom-gear giant.

New Commerce Department rules that went into force Tuesday forbid any company whose production process involves any American technology from supplying Huawei with products — including critical chipsets — unless they obtain a license.

Chinese goods in June 2018 and $200 billion of goods in September 2018, part of a long-running trade war with China pursued by President Donald Trump. China filed a complaint with the global trade body arguing that Trump broke WTO rules because of the way the administration singled out China.

In theory, the ruling could allow China to impose retaliatory tariffs on U.S. goods, and the U.S. could appeal the decision in the next 60 days. But the WTO’s appeals court is no longer functioning because the Trump administration refused to appoint new members to the WTO’s appellate body. A spokesperson at the Chinese Ministry of Commerce said China applauded the “objective and fair” ruling and called on the U.S. to respect it.

Premier Li Keqiang said Tuesday that China’s economy is set to grow this year despite fallout from the coronavirus pandemic, the Xinhua News Agency reported.

Li attributed the achievement to government policies to support tens of millions of micro, small and medium enterprises, as well as self-employed individuals across the country who have borne the brunt of the epidemic.

Li made the remarks to more than 500 business leaders from across the globe at an online event hosted by the World Economic Forum.

The state-owned borrower priced a jumbo $2.4 billion bond deal and a 500 million euro offering overnight, according to people familiar with the deal who are not authorized to speak publicly. It was the company’s first global fundraising move since the Pentagon added it to a list of companies it said have connections to the Chinese military.

Spreads on the new offshore notes widened as much as 10 basis points Tuesday morning in Hong Kong, according to traders. A basis point is a hundredth of a percentage point. The Beijing-based chemical manufacturing giant acquired Swiss pesticide producer Syngenta AG for $43 billion in 2017.

Four former senior executives of troubled Kangde Xin Composite Material Group Co. Ltd., including its founder and controlling shareholder Zhong Yu, are set to face criminal trial for their alleged roles in an 11.5 billion yuan ($1.7 billion) fraud that triggered a series of bond defaults and a debt crisis at the company.

Police in the city of Zhangjiagang, where the Shenzhen-listed laminating film manufacturer is based, sent the case to the public prosecutor’s office for further investigation and prosecution, the company said in a Tuesday filing (link in Chinese). Xu Shu, the CEO of the company at the time of the fraud; Wang Yu, former finance director; and Zhang Lixiong, previously head of the treasury department, also face prosecution.

Exclusive: China tightens rules on shipping routes with U.S. to get runaway costs under control

The confirmation came eight months after authorities first acknowledged the leak in December and days after a Caixin report exposed that lack of formal diagnoses caused thousands of infected patients to miss a window for the most effective treatment, leaving them with a hard-to-cure chronic condition that requires long-term medication.

The Treasury’s stated reason was that UDG intimidated and evicted families from their homes on the company’s 45,000 hectare (111,000 acres) concession to make way for the development in the western province of Koh Kong. However, multiple land disputes linked to the project have occurred over the past decade, starting in the years after the Cambodian government granted UDG its 99-year lease within a national park in 2008. The decision to penalize the company at this stage appears linked to growing tensions between the U.S and China.

Douyin wants to double what users make from livestreaming

Though the fate of short video app TikTok in the U.S. remains unclear, its Chinese twin Douyin is on track to develop its own business ecosystem in the world’s largest internet market, luring content creators to cash in on the platform’s large user base.

The number of users making money on Douyin has far surpassed expectations, said Zhang Nan, CEO of ByteDance China. Douyin initially kicked off a project last year with the goal of having 10 million users profit from the app via new functions like livestreaming e-commerce. Instead, Douyin’s 22 million content creators brought in a total of 41.7 billion yuan ($6.1 billion) in the year to August via the app, according to Zhang. With 600 million daily active users in China as of August, Zhang said he expects the overall income figure to double over the next year.

The nearly 180-year-old brand began its new life with a service allowing customers to book hotels and buy air tickets and vacation packages to destinations on London’s list of safe travel corridors, including Italy, Greece and Turkey, the company said. It will add further destinations as appropriate with the easing of the global pandemic.

A previous version of this story used the incorrect title for Xu Shu. She was the CEO at the time of the fraud.