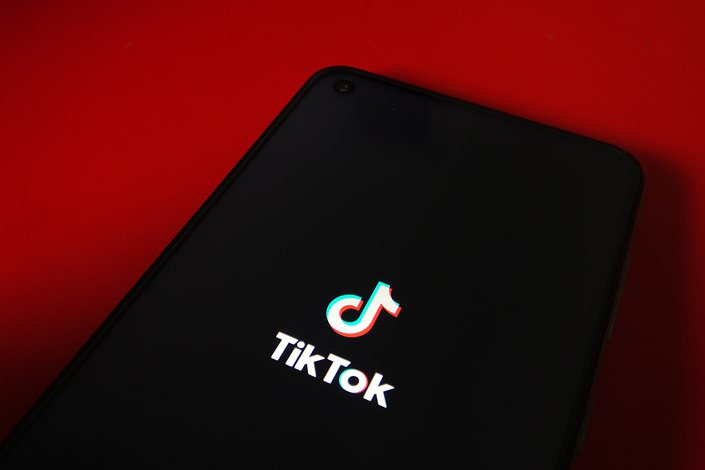 The proposed new TikTok Global board, which would consist of four Americans and one Chinese, could be a factor that helped convince the administration of U.S. President Donald Trump that Americans would remain in control of the app’s U.S. operations.

An envisioned new company consisting of the U.S. operations of the popular TikTok video app would be majority-owned by Chinese parent ByteDance Ltd. but controlled by a board of American executives from the likes of Sequoia Capital and Walmart Inc., a source with knowledge of the situation told Caixin.

Under the deal, which received a tentative nod from U.S. President Donald Trump, ByteDance would bring in U.S. software giant Oracle Corp. and retailing powerhouse Walmart Inc. as minority equity partners for a new company called TikTok Global, valuing it at more than $60 billion, the source told Caixin, speaking on condition of anonymity.

The arrangement with the new company’s majority equity controlled by a Chinese owner and management control in the hands of U.S. executives would be similar to a reverse situation used by most Chinese companies that list in the U.S.

Chinese authorities have quietly set in motion a long-discussed restructuring of the country’s medical insurance system that will affect more than 300 million urban residents, although debates remain unsettled on some key elements.

China’s health insurance program for urban employees consists of two parts — a mutual account pooling money from part of the contributions for public spending, and personal accounts that can be accessed only by individual contributors. But problems with the system started appearing as the aging population and growing health-care demands drained the public accounts while leaving huge amounts in personal accounts that were untapped because of restrictions on spending. Meanwhile, people increasingly complained of limited coverage of costs for outpatient and chronic disease care.

The proposed revamp is set to address that issue. Regulators said the goal of the restructuring is to spend the money more wisely to benefit the public in a broader way. But ordinary people are concerned that the changes will reduce their personal assets.

Japanese Prime Minister Yoshihide Suga signaled with his cabinet picks that he will follow predecessor Shinzo Abe’s path on foreign policy, including an approach to China that balances economic ties with a tough response to perceived provocations.

Boosting foreign tourism was one of Suga’s areas of focus as chief cabinet secretary, and he is expected to revive this effort once the coronavirus pandemic subsides. If he does, then good relations with China, as the largest source of overseas visitors to the country, will be essential.

A small Chinese brokerage that listed in Shanghai only in July is buying up a bigger securities business, the first publicly announced deal in an expected wave of consolidation as the industry gears up to compete with international investment banks such as Goldman Sachs Group Inc. and UBS AG after the government opened the market to foreign companies.

Shanghai and Hong Kong-listed Guolian Securities Co. Ltd. and Shanghai-listed Sinolink Securities Co. Ltd. announced the proposed tie-up Sunday in separate statements (link in Chinese). State-owned Guolian, which is ultimately owned by the Wuxi government, will buy a 7.8% stake in Sinolink from its privately owned controlling shareholder and pay for the remainder through an A-share swap, according to filings released by the two companies. No pricing details were given.

The deal, which needs regulatory approval, will propel the merged company into the list of the top 10 brokerages in China.

The State Council, China’s cabinet, announced a plan Monday (link in Chinese) to further expand the FTZ program, adding zones in the capital city of Beijing, Central China’s Hunan province and the eastern province of Anhui. The plan also involves expanding an existing FTZ in the eastern province of Zhejiang and will bring the country’s total number of FTZs to 21.

The Trump administration’s curbs on WeChat were put on hold by a California judge, upending an effort to halt use of the Chinese-owned app in the U.S.

Magistrate Judge Laurel Beeler in San Francisco issued a preliminary injunction at the request of a group of U.S. WeChat users, who argued that prohibitions would violate the free-speech rights of millions of Chinese-speaking Americans who rely on it for communication. The app, which was supposed to disappear from U.S. app stores Sunday, has 19 million regular users in the U.S. and 1 billion worldwide.

The U.S. administration argued that WeChat posed a national security threat, but the judge said there was insufficient evidence of that. The Department of Justice and the Commerce Department didn’t immediately respond to requests for comment.

China revealed how it will manage the so-called “unreliable entity list” that aims to punish companies, organizations or individuals that damage national security but didn’t announce details of who is on the list.

Penalties including restricting trade, investment and visas will be imposed on any company, country, group or person that appears on its “unreliable entity list,” the Ministry of Commerce said Saturday on its website. The list will include names of entities that pose a threat or potential threat to China’s sovereignty, national security, development and business interests, and those that discriminate against or harm Chinese businesses, organizations or individuals, according to the guidelines. The new policies for punishing those on the list took effect Saturday.

A China Eastern Airlines Co. Ltd. route from the Philippines is the latest to fall afoul of strict rules from China’s civil aviation regulator that penalize airlines found to have flown in people with Covid-19.

The Shanghai-based airline said Friday it suspended its flights MU211 and MU212 until further notice to control the pandemic, according to a post on its WeChat account.

The Civil Aviation Administration of China (CAAC) said it would suspend flight MU212 after eight people on a Sept. 9 flight tested positive for Covid-19, the Shanghai government’s press office said Monday in a WeChat post (link in Chinese). Under a CAAC policy announced in June, the occurrence of more than five cases appearing on the same flight is supposed to trigger a “circuit breaker” that forces an airline to suspend the flight for a week.

Growth in China’s natural gas imports may slow this year, according to an official estimate released Friday.

Natural gas imports may reach around 140 billion cubic meters in 2020, the country’s energy watchdog and two state-backed research institutes said in a jointly released report (link in Chinese). That would represent annual growth of roughly 3.6%, down from 6.9% growth in 2019, according to Caixin calculations. Although the pandemic-induced slowdown in demand growth is partly to blame, in recent years China has also stepped up efforts to reduce its dependence on foreign natural gas by boosting domestic output.

New guidelines outline how governments, prosecutors should work together to take polluters to task