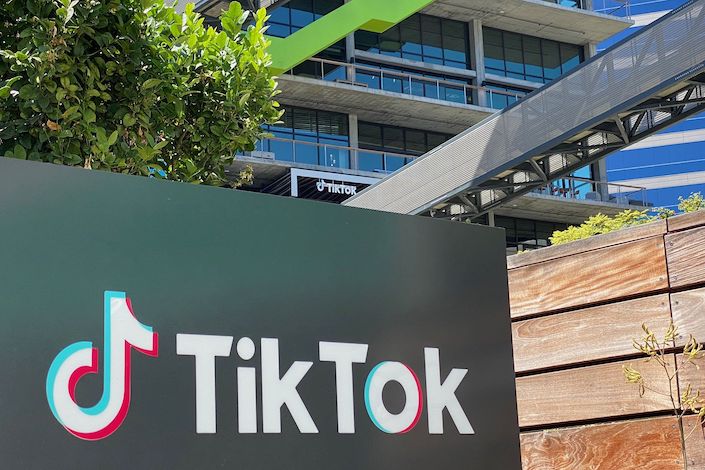 Ten days after blocking the popular short video-sharing app TikTok, Pakistan lifted its ban Monday and set off a flood of new downloads that propelled it to being the country’s third-most popular app.

The Pakistan Telecommunications Authority (PTA) said it restored TikTok’s operations after the social media app pledged to block accounts featuring “obscenity and immorality” and to moderate content “in accordance with societal norms and the laws of Pakistan,” according to its official Twitter account.

In response to the news, TikTok’s downloads on Apple's App Store in Pakistan soared to third on the Sensor Tower ranking, after Likee, the short-video sharing subsidiary of China’s Joyy Inc., and Facebook’s WhatsApp.

Ant Group Co. Ltd. received a green light from the China Securities Regulatory Commission (CSRC) to list on the Hong Kong Stock Exchange, according to the regulator’s website (link in Chinese), the latest step in what is expected to be the world’s largest ever IPO.

In August, e-commerce tycoon Jack Ma-controlled Ant Group filed for a dual IPO on Shanghai’s Nasdaq-style STAR Market and in Hong Kong. The company is expected to raise approximately $35 billion from the dual listing at a valuation of at least $280 billion, Bloomberg reported Monday, citing people familiar with the matter. Last month, Ant Group got the green light from the Shanghai Stock Exchange for its listing on the STAR Market.

If all goes as planned, the listing would set a world record, surpassing the $29.4 billion IPO of Saudi Arabian Oil Co., better known as Aramco, around the beginning of this year.

China’s hotel and restaurant sector, one of the hardest-hit in the economy during the coronavirus pandemic, remained a significant drag on growth in the third quarter even as the recovery gained momentum.

Output in the sector fell 5.1% from a year ago, the statistics bureau said Tuesday in a supplemental report on gross domestic product. That was smaller than the 18% decline in the second quarter. For the first nine months of the year, the sector’s output was down 19.1% compared with the same period in 2019.

Investors load up on first ever sale of Chinese depositary receipts

More than two years after China’s stocks regulator unveiled a Chinese depositary receipts (CDRs) program to lure overseas-registered domestic companies to list at home, the first IPO is set to launch with massive demand for the securities.

Although tech giants including Alibaba Group Holding Ltd., Baidu Inc., and Xiaomi Corp. were touted as top candidates for the initiative, their talks with regulators foundered, and the company now about to make history is little-known electric-scooter maker Ninebot Ltd. CDRs are a new type of equity security created in 2018 that allow foreign-registered Chinese companies with what’s known as a variable-interest entity (VIE) structure to list on a mainland bourse.

The central bank’s operations office in Beijing released draft guidelines in an attempt to better prevent real estate in the Chinese capital from being used to launder money and finance terrorism.

The draft, published Monday (link in Chinese) on the office’s website, highlights how regulators have been paying more attention to nonfinancial industries as a potential source of money laundering as oversight has traditionally focused on financial institutions.

China officially launched its emergency-use program in July, but certain state-owned companies internally started having employees take the vaccine as early as June, workers told Caixin. Since then, hundreds of thousands of people have taken the experimental coronavirus vaccine.

Tesla Inc. will start exporting Model 3 electric cars made at its factory on the outskirts of Shanghai to Europe starting later this month, the automaker said in a statement.

The car will be shipped to more than 10 countries, including Germany, France and Switzerland, Tesla said. The company’s Shanghai plant — its first outside the U.S. — opened for local deliveries at the start of this year. “We hope to serve global customers as a global factory,” said Song Gang, Tesla’s Shanghai manufacturing director, in an interview with local reporters. “The export of China-built Tesla models is a key step in the global layout.”

Smartphone-maker Oppo entered the smart TV arena, joining a field of rivals like Huawei, Xiaomi and Samsung looking for growth in a nascent internet of things (IoT) universe of smart devices that communicate over the internet.

The company, the world’s fifth-biggest smartphone brand, launched its smart TV foray Monday with the unveiling of three new models. That included two with 65-inch screens and a third with a 55-inch screen, priced at 7,999 yuan ($1,197), 4,299 yuan and 3,299 yuan. The launch comes as a growing number of smartphone makers roll out TVs and other electronics in pursuit of an IoT world of interconnected devices. Oppo’s new TVs will run on a modified version of its Color OS operating system now used in its smartphones, which is based on Google’s free Android system.

As they face trouble getting their hands on offshore cash to fund their global expansions, China’s state-owned enterprises (SOEs) are continuing to take advantage of a mechanism that allows them to list in London.

That will make it the third SOE to list in the European city this year under the Shanghai-London Stock Connect scheme, which was launched in 2019, bringing the total to four.