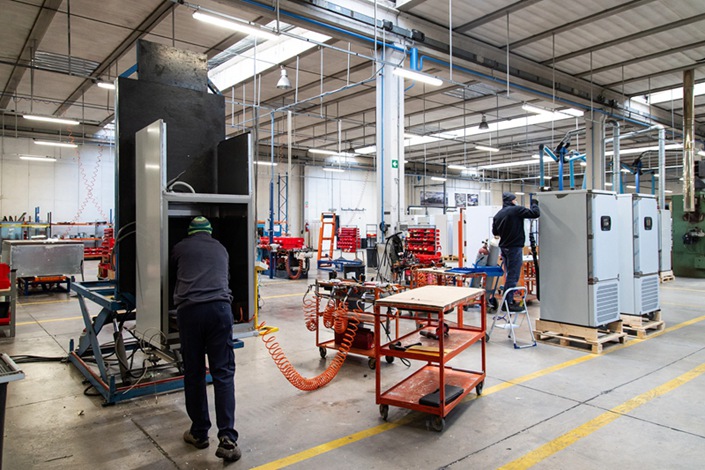 China’s experimental coronavirus vaccines are on the move. Global procurement data shows that three Chinese companies have inked deals to supply hundreds of millions of vials to the world in bilateral agreements with nations like Indonesia and Brazil.

The flashier mRNA vaccines of Pfizer-BioNTech and Moderna are more adaptable and produce enviable results, but keeping them cold enough to prevent their delicate strands of genetic material from falling apart in transit is a major challenge.

China’s vaccine giants mostly deployed the more conservative and time-consuming approach of killing whole coronavirus and administering it to people to prime their immune response to fight off a real infection. These vaccines are easier to transport, and may be more appealing to many nations, though concerns over the vaccine-makers’ transparency seem to have turned some off.

China will extend two virus relief measures that were set to expire by the end of this year to provide continued financing support to small and micro businesses, according to the country’s cabinet.

The policies to be extended will provide new loans or roll over maturing loans to small businesses to help them maintain stable recovery trajectories amid a changing internal and external environment, the State Council said at a Monday meeting chaired by Premier Li Keqiang. It didn’t specify how long the policies will be extended.

Wen Bin, chief analyst at Minsheng Bank, said the decision reflected policymakers’ efforts to maintain continuity and stability of the macroeconomic policies. Although China’s economy has rebounded from the pandemic since the second quarter, small businesses in some industries still need further financial support to consolidate recovery, Wen said.

Two subsidiaries of Chinese property developer Tahoe Group Co. Ltd. have been granted a more than 3 1/2 year extension to pay back 12 billion yuan ($1.8 billion) of debt, as the parent company struggles with a mounting debt crisis.

The creditor, the Shenzhen unit of state-owned China Great Wall Asset Management Co. Ltd., has agreed to extend the repayment deadline from April this year to December 2023, according to a Tuesday stock exchange filing (link in Chinese). As part of the extension agreement, Tahoe pledged to guarantee the liabilities of the subsidiaries, Shenzhen Tahoe Property Development and Shenzhen Zhongweijingshan Property Development, for no more than 16 billion yuan, it said in the filing to the Shenzhen bourse.

China’s soybean imports will probably surge above 100 million tons in 2020-21, smashing the previous high set in the last marketing year, as local crushers ramp up capacity to take advantage of the country’s burgeoning demand for animal protein.

Imports from the U.S. may more than double to 36 million tons amid expectations of lower output from South America, Shi Yongge, general manager of state-owned Jiusan Group, told a conference in Guangzhou. The increase in purchases is also part of China’s efforts to comply with its Phase One trade deal with the U.S., he said.

China bought a massive amount of soybeans this year to feed a domestic herd that’s recovering faster than expected from African swine fever.

Tough restrictions aimed at stopping Covid-19 from entering China on cooled and frozen meat and seafood imports are putting a chill on the sector, leading to higher costs and plunging sales.

Seafood in particular has become a major object of suspicion after imported salmon was cited as a suspected source of a second-wave outbreak at a wholesale market in Beijing in June. That was followed by another outbreak in the eastern port city of Qingdao in September that was also initially blamed on imported seafood.

The regular finger-pointing at imported chilled and frozen meat and seafood made many Chinese shy away from the products, concerned they could become infected. At the same time, the nation imposed major new requirements that have led to big delays and driven up the costs of importing frozen meat and seafood by around 5%, some estimate.

Dalian to test every resident after Covid-19 resurgence

Three weeks after arriving back in China, Shenyang resident tests positive for Covid-19

Hong Kong finds two students from U.K. brought variant strain of Covid-19 Back with them

The State Administration of Market Regulation (SAMR) and the Ministry of Commerce met Tuesday with internet companies — including Alibaba, Tencent, JD.com, Meituan, Pinduoduo and Didi — and issued a list of group-buying business restrictions, according to a Tuesday statement (link in Chinese).

The regulators said the platforms should not sell below cost for the purpose of monopolizing the market, adding that a price war has “put pressure on employment.” The regulators also warned the companies about illegally collecting customers’ personal data.

TMAC Resources Inc. owns the Hope Bay gold mine in the northern territory of Nunavut, an operation that includes a port and air strips. Shandong Gold, an acquisitive state-backed metal producer, agreed in May to buy the Toronto-based company for about $150 million. In October, TMAC received notice the government ordered a national security review.

The Canadian mining company said late Monday an order was issued under the Investment Canada Act for Shandong not to proceed with the takeover. Shandong confirmed the rejection in a statement Tuesday, citing a decision made for the “purpose of safeguarding national security.”

Sina, the first Chinese internet company listed in the U.S., will ask shareholders Wednesday for approval to join an exodus from New York amid rising tensions between Washington and Beijing.

A group led by Charles Chao, the company’s chairman and CEO, is offering stockholders $43.30 in cash for each share they own, valuing the company at $2.59 billion. Shares in Sina, the parent company of the Weibo social media network, closed at $42.53 on the Nasdaq exchange Monday. Chao’s proposal, backed by Sina’s board, needs support from at least two-thirds of shareholder votes, but Chao alone controls 61% of the company’s voting rights.

The Italian data security regulator initiated formal proceedings against Chinese-owned video-sharing sensation TikTok for endangering the privacy of children under 13, according to an announcement Tuesday.

The data protection authority, known as the Italian DPA, is looking into TikTok’s “poor attention to the protection of children, easy-to-circumvent signup restrictions for children, poor transparency and clarity in user information, (and) privacy-unfriendly default settings.”

The global short video site has 30 days to file a plea and request a hearing, the regulator said.