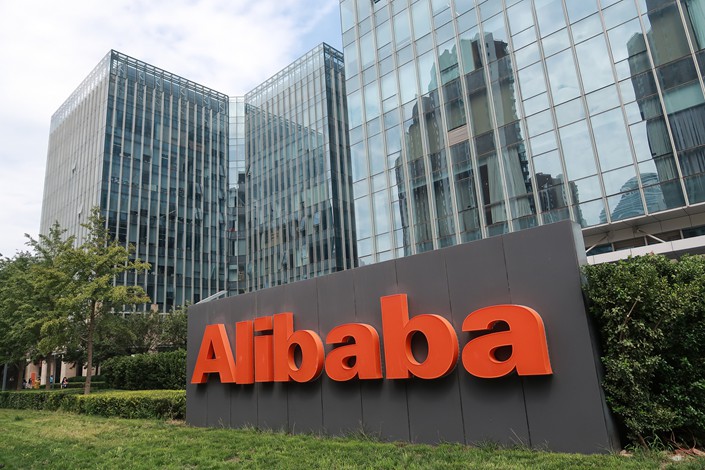 The State Administration for Market Regulation (SAMR) said in a one-line statement (link in Chinese) Thursday that it was investigating the company for alleged monopolistic practices.

It specifically cited Alibaba’s practice of forcing merchants to “pick a side,” meaning to work with it exclusively and shun its rivals. Two of those rivals, including JD.com Inc, and Pinduoduo Inc., have both complained about the practice.

The new meeting with regulators aims to provide guidance to Ant Group, the fintech affiliate of e-commerce giant Alibaba Group Holding Ltd., over compliance with financial supervision, according to a statement (link in Chinese) released by the People’s Bank of China (PBOC).

China should maintain accommodative monetary policy and avoid any “significant contraction” in fiscal policy next year to keep its economic recovery from the Covid-19 pandemic on track, according to the World Bank.

“A premature policy exit and excessive tightening could derail the recovery,” the World Bank said in an economic update on China issued Wednesday. The world’s second-largest economy will grow 2% this year and 7.9% in 2021, and the biggest risk to the outlook remains a resurgence of coronavirus, the institution said.

China’s Communist Party signaled at an annual economic conference last week that it will reduce some stimulus measures as the economy has resumed growth, saying it will avoid “sharp turns” in policy.

Opinion: What China should do next to globalize the yuan

"As China contained the epidemic earlier, its economy has seen the strongest recovery, and the yuan has performed strongly," wrote Gao Zhanjun, former managing director of Citic Securities Co. Ltd., in an article. "Against this backdrop, discussion of how to promote the internationalization of the yuan has once again heated up."

"China needs to make greater efforts to improve the depth, breadth and liquidity of domestic financial markets," wrote Gao. "It also needs to make the exchange-rate mechanism more flexible and expand financial opening. At the same time, China should further improve the infrastructure for cross-border settlements using the yuan and actively explore the potential role of its digital currency to facilitate internationalization of the currency."

ICBC president will be chairman of Agricultural Bank of China

The president of the world’s largest bank will take over as chairman of Agricultural Bank of China Ltd. (ABC), sources with knowledge of the issue told Caixin.

Gu Shu, president of Industrial and Commercial Bank of China Ltd. (ICBC), the world’s largest commercial lender by assets, was named Communist Party chief of ABC Thursday, and will take the chairman’s position after regulatory and corporate approval, the sources said. Gu, 53, has worked at ICBC since 1998, where he headed several departments and overseas units, including those in London and Argentina. He took the president’s position in 2016.

The cargo arm of China Southern Airlines Co. Ltd. raised 3.35 billion yuan ($512 million) through a share sale, as part of a government-supported mixed ownership reform program that aims to reduce the carrier’s financing costs by bringing in private backers.

Seven private and Chinese state-backed investors — including Singapore-based logistics investment firm GLP Pte. Ltd. and Hong Kong-listed logistics company Sinotrans Ltd. — will hold a 40.5% share in China Southern Cargo Ltd., according to a statement filed by its parent to the Shanghai Stock Exchange Tuesday. Employees of the cargo company will now collectively hold a 4.5% share.

Sina was a pioneer when it made its Nasdaq IPO in April 2000, using an unusual structure at the time to get around China’s unease over foreign ownership of internet companies. Since then nearly all of China’s hundreds of venture-backed tech companies that have floated in New York and Hong Kong have used a similar structure, called variable interest entity (VIE).

But while newer, more nimble names have emerged over the years, Sina has remained relatively stagnant despite its reputation as one of the nation’s leading web portals. Its one notable success was the Twitter-like Weibo it launched about a decade ago.

China joined dozens of countries in suspending round-trip flights with the U.K. after two highly transmissible new variants of the Covid-19 virus were found to be spreading in the country.

Previously, some Chinese airlines, including Sichuan Airlines and China Southern Airlines, have halted flights between the two countries.

Chinese authorities ordered a Beijing auction house to suspend a major sale of diaries, letters and other written works penned by former U.S. Ambassador to China John Leighton Stuart, amid a dispute over who owns the documents.

Beijing Yongle International Auction Co. Ltd. confirmed Friday that the sale had been halted. People with knowledge of the matter told Caixin that the incident centers on a squabble between Yan Ming, an antiques dealer, and the descendants of Fu Jingbo, Stuart’s former private secretary.

While Yan claims to have purchased the documents from a member of the Fu family seven years ago, the family alleges that he borrowed but never returned them.