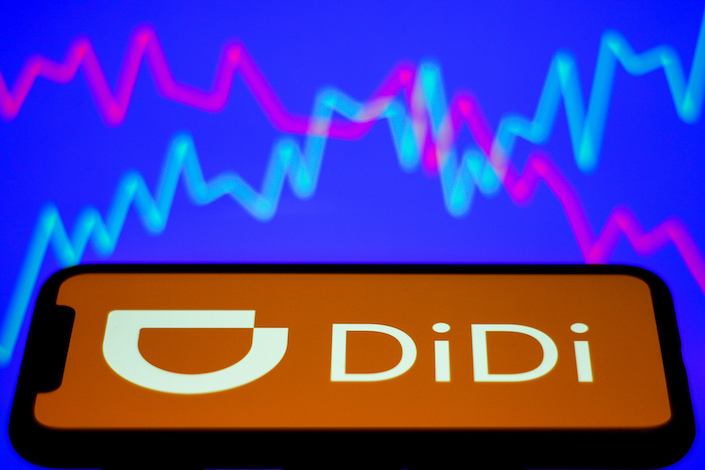 The race by Chinese internet companies to raise money in the U.S. stock market this year came to an abrupt halt after Didi’s rush to sell shares on the New York Stock Exchange without the blessing of Chinese authorities backfired.

Initial public offerings (IPOs) abroad by private companies like Didi didn’t previously require official approval by Chinese regulators, but they usually still needed an unofficial nod. By proceeding without such a signal, the Chinese ride-hailing giant wound up under national security review, its apps removed from app stores, and its shares trading 14.5% below the IPO price.

Now a newly revised regulation makes clear that any Chinese company holding the personal information of 1 million or more users would have to seek a government cybersecurity review before a foreign share flotation. Such companies should provide “IPO materials to be filed” with the Cybersecurity Review Office, an interdepartmental bureau, according to the draft regulation.

Tsinghua Unigroup Co. Ltd., the former semiconductor highflyer whose past and current business partners include global tech giants Intel and Hewlett Packard, was forced into restructuring under China’s bankruptcy law, kicking off a process that could pave the way for the introduction of strategic investors like Alibaba.

A Beijing court accepted a creditor’s application seeking a reorganization of Tsinghua Unigroup, according to filings Friday by its listed affiliates including Unisplendour Corp. Ltd. and Unigroup Guoxin Microelectronics Co. Ltd.

Chinese regulatory authorities extended the one-year takeover of nine Tomorrow Holding affiliates for a second year as they continue efforts to defuse financial risks associated with the embattled private conglomerate.

In a separate statement, the China Securities Regulatory Commission said it will similarly extend its takeover of New Times Securities, Guosheng Securities and Guosheng Futures.

The European Commission Wednesday announced a plan to levy a tariff on carbon-intensive imports such as iron and steel, fertilizer and electricity generation. The measure is part of the EU’s efforts to realize its ambitious goal of a 55% reduction in carbon emissions from 1990 levels by 2030, the commission said. It also aims to prevent so-called “carbon leakage,” such as where EU-based companies could benefit from moving carbon-intensive production abroad to take advantage of lax standards.

Anbang’s remains put up for sale with a $5.2 billion valuation

China is getting out of the Anbang bailout business, aiming to sell nearly 99% of the fallen insurance giant’s remains, now valued at 33.6 billion yuan ($5.2 billion), public records show.

The sale, which runs until Aug. 12, marks the government’s latest effort to put Anbang Insurance Group Co. Ltd.’s remaining assets back into private hands and recoup as much of its bailout funds as possible three years after taking over the scandal-ridden insurer. The restructuring is widely seen as a template for how China deals with debt-ridden companies that are considered too big to fail.

Editorial: Economic rationality should be the priority in hosting global sporting events

China’s steel industry is preparing a draft plan that would force companies to curb production and capacity, optimize steelmaking processes and consolidate around larger players to bring the heavily polluting industry in line with the country’s ambitious carbon neutrality goals, experts and officials said Saturday at a forum.

A draft plan for achieving peak carbon in the steel industry is now being distributed to solicit comments, said He Wenbo, party secretary of the China Iron and Steel Association (CISA), a government-backed industry group. The plan, which has yet to be publicly released, maps out the carbon reduction potential of the industry and identifies key tasks for hitting specific goals, He said.

The National Health Commission (NHC) issued a list (link in Chinese) of 121 rare diseases in 2018, including generalized myasthenia gravis. For these rare conditions, 21 drugs have been included in the national medical insurance program, said Sui Binyan, an NHC researcher.

That means coverage remains limited, Sui said, saying that some innovative drugs that have already been approved outside China are still awaiting domestic approval, and some that have been approved in China haven’t been included in the insurance program.

The School of Integrated Circuits, which was inaugurated Thursday in Beijing, aims to train top-level semiconductor experts in fields including premium chip design, integrated circuit manufacturing and packaging, as well as electronic design automation, a category of software tools for designing electronic systems, Peking University said in a statement Friday.

Chen Fen, who had served as the company’s deputy general manager in Hong Kong, was accused of trying to rape a woman at a residence in the city’s Happy Valley on March 2, according to his lawyer. The case, heard by the Eastern Court on Monday morning, has been adjourned until July 30, when the date for a preliminary inquiry will be decided.