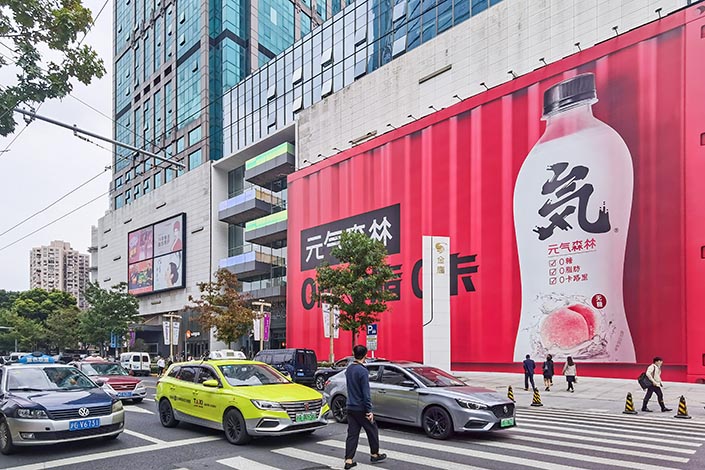 A shift in interest among China’s younger generation toward homegrown products and a desire to lead healthier lifestyles opened the door for more local brands to challenge big international names such as Coca-Cola and Starbucks, fueling investor interest in startups and inflating valuations.

Compounding the risk of further transmission, four of the 11 infected tourists traveling together from the northeast city of Dalian joined 5,000 others including those in the audience, performers and event staff at a live show on July 22 at a local theater in Wulinyuan, Zhangjiajie city, according to a statement released by local health authorities this week.

Zhang Wenhong: Will Nanjing’s outbreak grow out of control?

China’s total nonfinancial debt as a percentage of GDP declined for the third straight quarter, the first time that’s happened since the 2008 Global Financial Crisis, data published in a study by a state-backed think tank show.

Nevertheless, the report warned of the potential negative fallout from the reduction in the leverage ratio including a weakening of companies’ willingness to invest, a slowdown of the post-pandemic recovery in the economy and a greater risk of default among indebted local government financing vehicles.

The Shanghai office of China’s top banking regulator slapped 9.1 million yuan ($1.4 million) of fines on banks for property loan violations as China continues to clean up irregularities in the real estate market.

Branches of the four biggest state-owned banks—Bank of China, China Construction Bank, Industrial and Commercial Bank of China, and Agricultural Bank of China—were penalized for issuing personal consumer loans and corporate business loans that were used in the property market, the Shanghai bureau of the China Banking and Insurance Regulatory Commission (CBIRC) said.

A city of 1.2 million people in Southwest China’s Sichuan province became the first jurisdiction in China to offer a cash incentive to families to have two or three children after the country announced a third-child policy to boost population numbers.

Local authorities in Panzhihua said at a press conference Wednesday that families that give birth to a second or third child from June 12 will be granted a subsidy of 500 yuan ($77.40) per month until the child is age 3. This means that for each child, families will receive a total subsidy of 18,000 yuan.

China’s new ambassador to the U.S., Qin Gang, a veteran diplomat with extensive experience in China-Europe relations and a trusted aide to President Xi Jinping on diplomatic protocols, vowed to “endeavor to bring China-U.S. relations back on track.”

Analysis: What the deadly Zhengzhou floods teach us

China’s official news service said tough new rules for tech companies and the private tutoring industry are meant to “ensure healthy development” of the sectors as it sought to address stock market volatility sparked by the recent crackdown.

The campaign, which at the weekend reached private tutoring enterprises with a ban on share sales, will benefit the long-term development of society and is not “suppression” the Xinhua News Agency said in a late night commentary Wednesday as Chinese stocks continued to take a battering.

The moves will protect data security and peoples’ livelihoods, it said.

Chinese cross-border sellers that use Amazon.com Inc. are up in arms after a crackdown on fake reviews resulted in hundreds being purged from the platform, with some blaming it on frosty U.S.-China relations.

Amazon put the purge down to improved detection of fake reviews. But a cross-border e-commerce industry group based in the commercial hub of Shenzhen complained to China’s Ministry of Commerce, alleging the crackdown could be politically motivated.

Huawei steers toward luxury EVs in deal with GAC’s Aion

The Chinese technology giant will work with GAC’s electric vehicle (EV) marque Aion to create high-end self-driving cars for the consumer market by the end of 2023, GAC said in a statement (link in Chinese) Wednesday.