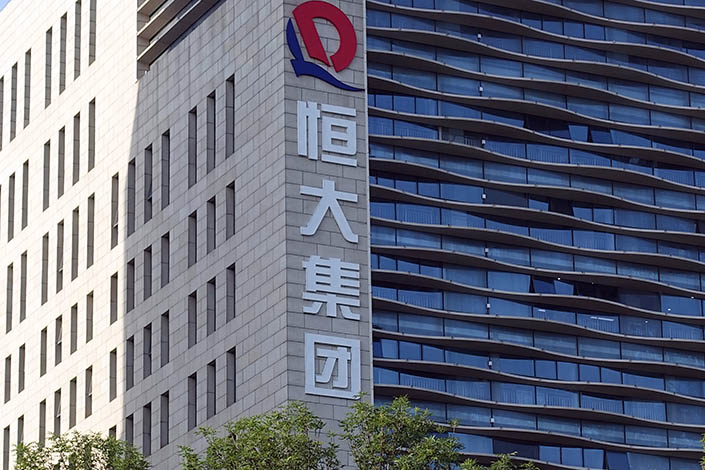 In Depth: How Evergrande created China’s most valuable automaker without selling a single car

One such story is Evergrande as a new-energy car maker. The market value of China Evergrande New Energy Vehicle Group Ltd. (Evergrande Auto), which has yet to sell a single car, once surged to as much as HK$674.1 billion ($86.6 billion), making it not only the most valuable listed car company in China, but also worth twice as much as its parent Evergrande. Nevermind that Evergrande has sold several trillion yuan worth of homes over the past 20 years.

Cover Story: How Evergrande could turn into ‘China’s Lehman Brothers’

Chinese businesses selling shares in New York could use the Chinese laws to resist U.S. regulators asking them to hand over sensitive data in accordance with the Clarifying Lawful Overseas Use of Data Act, also known as the CLOUD Act, Wu Shenkuo, executive director of Beijing Normal University’s international center for cyberspace law, told an online seminar Friday.

No financial activity should be free of financial regulators’ scrutiny, PBOC chief says

China’s central bank Governor Yi Gang said in a recent speech that all financial activities should be put under regulatory scrutiny.

Yi’s speech, given via video at the opening of a Sino-German fintech event Saturday, offers a glimpse of what solutions Chinese regulators see emerging from the recent regulatory storm on financial services provided by tech companies.

According to a transcript of the speech released by the People’s Bank of China, Yi mentioned specifically that financial service providers should have the proper licenses, and payment services should get back to their roots — severing inappropriate links between payment services and other financial products.

The long-awaited expansion of a bond connect program to allow China’s mainland investors to trade offshore bonds in Hong Kong will bring as much as 300 billion yuan ($46 billion) to the Asian financial hub a year, a state-owned lender predicted.

China will launch the so-called southbound leg of the bond connect program Sept. 24, giving mainland investors access to Hong Kong’s bond market, according to a statement jointly released last week by the People’s Bank of China (PBOC) and the Hong Kong Monetary Authority.

Two hospitals in the cities of Xiamen and Putian in East China’s Fujian province halted some services after staff tested positive for Covid-19.

Zhongshan Hospital Xiamen University said Saturday that it suspended its outpatient and emergency medical services due to the “needs of epidemic prevention and control.” Before the announcement (link in Chinese), a nurse there tested positive for the virus, according to domestic media reports.

Hong Kong may struggle to lure SPACs with strict rulebook

Chinese developer Guangzhou R&F Properties Co. Ltd. is selling its property management unit to a bigger rival as well as raising funds from its two major shareholders in an attempt to find cash from alternative sources to repay its debt.

CG Property Services HK — a unit of Country Garden Holdings Co. Ltd., China’s largest property developer by total sales — will acquire Wealth Best Global from R&F Property Services for up to 10 billion yuan ($1.5 billion), according to a filing to the Hong Kong Stock Exchange after the close of the market Monday. R&F Property Services, which submitted an IPO application in Hong Kong in April for a listing in the third quarter, manages R&F’s various real estate projects.

A Chinese courier has been given the green light for a Hong Kong IPO, which will likely make it the country’s first listed delivery company dedicated to the less-than-truckload (LTL) niche.

No details were offered about how much money Shanghai ANE Logistics Ltd., which is backed by multinational private equity giant Carlyle Group Inc., plans to raise through the listing.

ANE’s prospectus says it is China’s largest national LTL network operator with a 17.3% share of that segment, which doesn’t include purely local players. It has a 0.5% share of the total LTL freight market by volume.

China is tightening a crackdown on tax evasion targeting individuals and businesses in the entertainment industry following several high-profile cases.

The State Taxation Administration (STA) said it will beef up supervision and conduct regular inspections of top entertainers, including online influencers and their studios and related businesses.

Caixin ESG Biweekly: Monetization of green assets on the way