CX Daily: How China Stumbled Into A Giant Energy Shortage 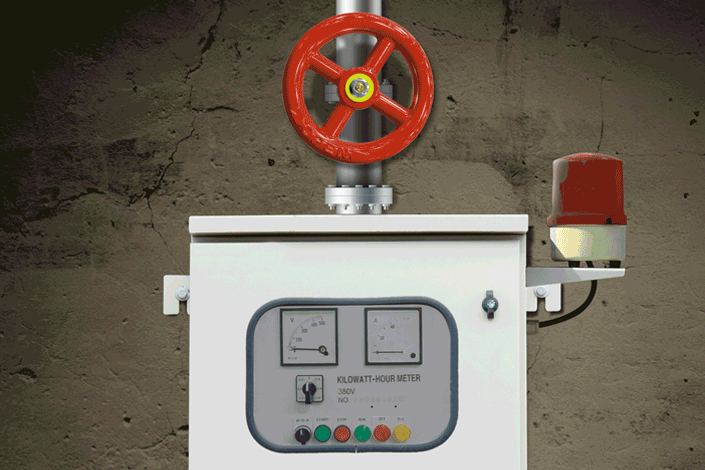 Cover Story: How China stumbled into a giant energy shortage

The perfect storm that created China’s worst power crunch grew out of surging energy demand amid the post-pandemic recovery at the same time that coal supply plunged under the government’s emission-reduction campaign.

Since late September, many parts of China have suffered severe electricity shortages. Local governments imposed power cuts and rationing on industrial users and even residents. The ripple effects disrupted global supply chains as textile, steel and other factories shut down and production plunged.

China unveiled a draft revision to a list of industries for which investment is restricted or prohibited, reducing the overall number of businesses subject to entry barriers while adding new restrictions for media, finance and cryptocurrency.

The National Development and Reform Commission (NDRC) and the Ministry of Commerce Friday published the draft “negative list” (link in Chinese), seeking public comments until Oct. 14 for its annual revision.

China’s Vice Premier Liu He and U.S. Trade Representative Katherine Tai agreed in a video call Saturday to resolve bilateral economic and trade disputes through consultation, sending a signal that the two sides are continuing to stabilize economic relations that suffered from tit-for-tat tariffs and sanctions.

It marked the second time the two lead trade negotiators had a discussion on economic and trade issues since their first phone conversation in late May. It also came three days after the latest round of diplomatic and security talks between Politburo member Yang Jiechi and U.S. National Security Advisor Jake Sullivan in Zurich.

Several privately owned Chinese banks were fined at unprecedented levels for misconduct such as failing to properly control risks and manage how their loans are issued, China’s banking regulator said, as it steps up supervision over the industry.

Chongqing Fumin Bank Co. Ltd. was fined 8.5 million yuan ($1.3 million) by a branch of the China Banking and Insurance Regulatory Commission (CBIRC) in Southwest China’s Chongqing municipality, according to a statement (link in Chinese) released Sept. 30 on the regulator’s website. It was the heaviest fine that regulators have ever levied against a privately owned bank.

A slew of measures issued by Harbin, capital of Heilongjiang province, aims to promote its real estate market’s “stable and healthy development,” a local state-owned news site reported (link in Chinese) Saturday. The measures took effect Oct. 1 and will last until the end of next year.

China’s market regulator levied a 3.44 billion yuan ($533 million) fine on Meituan for anti-competitive practices, ending a months-long probe of the food-delivery giant and lifting the regulatory uncertainty weighing on its stock.

The fine was calculated as 3% of the company’s domestic sales for 2020, a relatively lenient penalty, according to China’s Anti-Monopoly Law, which sets fines on abuse of market dominance at up to 10% of a business’s revenue for the previous year.

Meituan will also have to return 1.29 billion yuan of merchant deposits taken as part of exclusivity agreements that the regulator ruled unlawful.

Lunar samples brought back by China’s Chang’e 5 mission showed the moon was volcanically active far later than previously known, offering fresh insight that could help scientists better understand the history of other celestial bodies in the solar system, according to an international study.

Researchers found that two fragments of lava brought to Earth by the Chinese mission — the first moon landing in more than four decades — were around 1.96 billion years old, according to a study published Thursday in the journal Science. The finding marked the latest volcanic eruptions identified on the moon by any country.

Editorial: What China needs to do to take home Nobel Prizes in science

Embattled electric vehicle company Faraday Future Intelligent Electric Inc. responded Monday to a short-seller attack that raised doubts on whether the Nasdaq-listed enterprise ”will ever sell a car,” saying the report was “full of misleading information” and that it was considering its legal options.

The U.S. short-seller J Capital Research said in a report issued Thursday that Faraday would indefinitely delay the 2022 mass production target for its first model, the FF91, in part because of unresolved engineering problems. Faraday abandoned five factory projects and is counting on a Hanford, California, facility that shows very little activity or hiring, J Capital said.

ByteDance Inc., the owner of global short-video sharing sensation TikTok, is gearing up to enter China’s highly regulated rental housing market after obtaining a real estate broker’s license and making other recent moves that could help it compete against established real estate portals.

ByteDance, which has been working to diversify its revenue by expanding into gaming, education, health care and hardware, is entering a property market where national and local regulators are tightening oversight after high-profile collapses with developers unable to repay their debts.