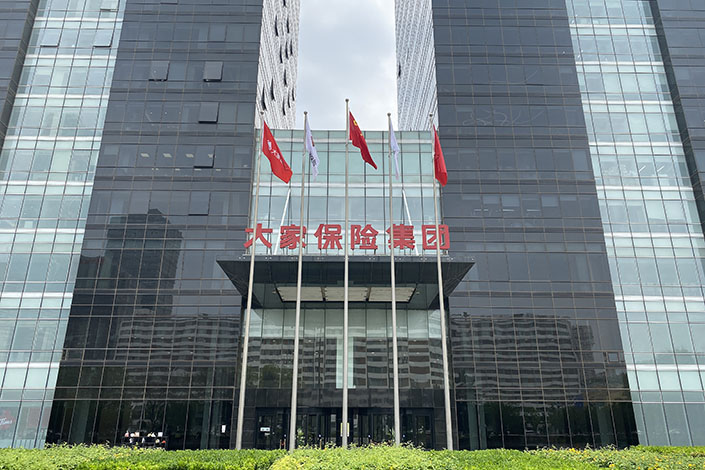 No company offered a proposal to bid on the 98.78% stake in Dajia Insurance Group Co. Ltd. Photo: VCG

The latest attempt to auction off the remaining assets of fallen conglomerate Anbang Insurance Group Co. Ltd. didn’t get even a single bidder, sources told Caixin, despite an attempt to bring down the price and a raft of incentives floated by regulators.

No company offered a proposal to bid on the 98.78% stake in Dajia Insurance Group Co. Ltd., the company created to take over Anbang’s core assets, by the Sept. 26 deadline, according to sources with knowledge of the matter.

The failure of the auction to go forward reinforces how difficult it has been for Dajia’s state-backed owners to find investors with both the financial heft and the regulatory qualifications to handle the company’s enormous business and complex problems, the sources said.

Honor Device Co. Ltd., the smartphone brand Huawei sold last year, said the global version of its new flagship series will come preinstalled with Google apps as it boosts its overseas presence unburdened by the U.S. sanctions weighing down its former parent.

The Shenzhen-based company said Monday on Twitter that it has “succeeded in confirming cooperation with a number of supplier partners in the early stage” and that its Honor 50 series will be equipped with Google Mobile Services (GMS), meaning that users will have access to popular apps like Google Play, Google Maps, Chrome, YouTube and Gmail.

The bond offering, which was completed Monday, was oversubscribed by 2.48 times and attracted subscriptions worth 17.4 billion yuan, the Shenzhen government said Tuesday. The three bonds were subscribed to by 89 accounts of investors such as insurers and asset managers (link in Chinese) from eight countries and regions, including Europe and the Middle East, the government said.

China took a key step in its long-running efforts to revamp the electricity pricing regime as the country suffers a massive power crunch.

The National Development and Reform Commission (NDRC), the top economic planning body, said Tuesday it will allow coal-fired power plants to price electricity based on market rates while lifting a government-set pricing system.

Days of heavy rainfall in North China’s Shanxi province have threatened the preservation of many cultural relic sites, some of which have suffered damage including leaking roofs and collapsing walls and foundations.

As of Sunday, 1,763 immovable cultural relics — including 177 nationally protected sites — suffered various degrees of damage from the heavy rains that began early this month, according to the provincial cultural relics bureau. The record-breaking downpours during the weeklong National Day holiday caused floods and landslides that damaged railways and devastated villages, affecting 1.75 million people in 11 cities and leaving 15 people dead, local authorities said Tuesday.

Between 2017 and 2020, Baoneng Motors spent 869 million yuan to acquire 1 million square meters of land in Guangzhou for the NEV industrial park project.

The loan was issued in May 2020 with a maturity period of 15 months. It raised funds to develop Baoneng’s NEV project, which started in 2017 but has made little progress so far.

A money-losing Chinese biotech startup with a highly promising Covid-19 vaccine candidate is on course to sell shares in Hong Kong.

One of the co-founders of struggling Huayi Brothers Media Corp. is selling almost half of his shares in the company, which continues to grapple with financial losses that have been exacerbated by the pandemic that forced cinemas to close.

The privately owned Chinese studio said Tuesday that Wang Zhonglei, the vice chairman and general manager, plans to dump as much as 43% of his stock within the next six months, which accounts for 2% of the company’s total outstanding shares, according to an exchange filing (link in Chinese).