CX Daily: Ant Group Rebuilds for Regulators, but at What Cost? 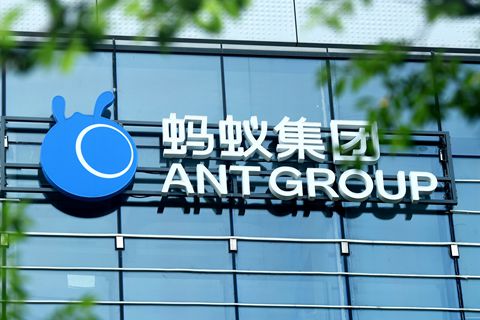 In Depth: Ant Group rebuilds for regulators, but at what cost?

Following more than a year of restructuring, Ant Group Co. Ltd. is gradually picking up the pieces and making its way back into Chinese regulators’ good graces.

But the fintech company is a stripped-down version of the titan it once was, with its highly lucrative consumer lending business decoupled from ubiquitous payments service Alipay and moved into a consumer finance subsidiary, sending the group’s valuation tumbling from its 2020 peak.

President Xi Jinping will pay state visits to Kazakhstan and Uzbekistan Wednesday to Friday, during which he will attend a leadership summit of the Shanghai Cooperation Organization in the Uzbek city of Samarkand, China’s Foreign Ministry said Monday.

The three-day visit to the Central Asian countries will be Xi’s first foreign trip in the nearly three years since the start of the Covid-19 pandemic, which initially emerged in the Central China city of Wuhan in late 2019.

China’s tourism, box office and property sales all slumped during the Mid-Autumn Festival as stricter Covid-19 containment measures and travel restrictions weighed on spending across the country.

People in China traditionally return to their hometowns and reunite with family during the three-day holiday, but the National Health Commission’s Bureau of Disease Prevention and Control last week called for them to stay put and avoid unnecessary trips.

China’s Premier Li Keqiang called for more policies to drive up consumer spending as the latest economic figures showed a further plunge in travel and spending over a three-day public holiday amid tight Covid controls.

At a meeting Sept. 8, Li called for efforts to solve the “key problem of insufficient demand” in the economy and boost consumption as a main growth driver. He pledged to further expand investment to create demand and lift confidence, according to a report by the state-run Xinhua News Agency published Monday.

Editorial: Don’t worry — a yuan slide past 7 per dollar is no cause for alarm

The toughest challenges to China’s carbon neutrality goals lie in the northern province of Shanxi, the nation’s largest coal producer and a major provider of electricity to other provinces.

On the one hand, coal undergirds the province’s economy, employing 1 million of its 36.5 million people and providing 45% of its fiscal revenue. On the other hand, fully half of China’s greenhouse gas emissions come from Shanxi. China aims to top out carbon emissions by 2030 and reach carbon neutrality by 2060. Each province, city and county sets its own targets for achieving those goals.

Fosun International Ltd. has been trying to soothe worried investors and the public after the Beijing municipal government cautioned state-owned enterprises (SOEs) about the potential risks of doing business with the private conglomerate.

Fosun’s attempt came in response to a notice that Beijing’s state assets administrator issued to local SOEs Thursday, asking them to review their agreements with Fosun and determine what risks they face as the company’s stock has nosedived this year, people with knowledge of the matter told Caixin.

Evergrande vows to resume all projects to allay boycott concerns

How China can chart a path forward in international trade